Both albums were delivered with a rounder and more sophisticated edge than 2012’s ‘Decay’, which was much more rugged and raw. ‘Decay’ was still a great listen, just very different and now we hear how their sound has developed and evolved over the years.

The most notable point for me is the addition of Thomas Cochrane to the line-up in 2016, who brought not only extra vocals and guitars to the mix, but also trumpet and trombone, two underrated instruments that I have felt for a long while would bring a lot to the Black Metal sound.

I had hoped to hear these used more widely, so I am pleased Dystopia have taken the leap and have added them in abundance and with dramatic effect on this release.

‘Geen Weg Uit’, which translates as ‘No Way Out’, is a thirty-eight-minute journey into “the dark night of the soul”, reflecting “an impending doom, into humanity’s feeble ways, the madness and hastiness of our personal weakness. In a world devoid of individuality, of existential purpose,” where Dystopia “..forges a cry for control of mind, spirit and body, a burning flame which, for all its bleakness, it is (still) a very human one.” 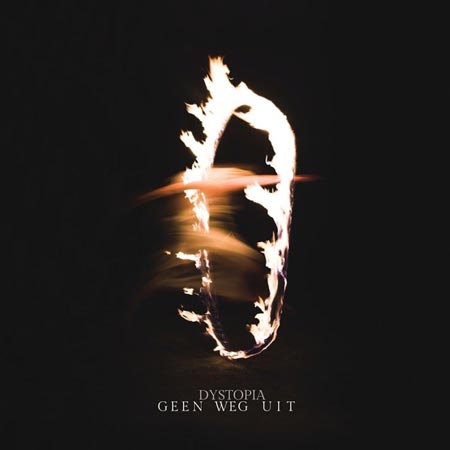 Across this release you willl be hard pressed to find a favourite track. The standard is both high and consistent and ‘Geen Weg Uit’ is an often unnerving, but hugely rewarding journey – you must travel from end to end.

Opening on ‘Razernij, deel I’, with an intense but haunting to start, it meanders off to a reflective mood, with powerful build, to an intense and black delivery with rasping vitriolic vocals.

Midway the brass instrumentation kicks in like a fanfare, accompanied by tortuous screams which repeatedly follow after each other.

‘Razernij, deel II’ is quiet and reflective to begin, panning out to a haunting landscape of sound. Still an ebbing and flowing track but in a calmer manner, with clean but tortured vocals accompanied by brass work and screams fading back to the quiet reflective mood the track began on.

‘Razernij, deel III’ opens like a storm, with driving riffs and pummelling drums, followed by haunted blackened riffs and tortuous vocals. The tempo flits around in the same frantic manner as the vocals, building to a driving frenzy midway, tailing away to tortured cleans with reflective guitars and hunting background brass work.

‘Razernij, deel IV’ is a rapid builder, heavily layered with clean vocals and tortuous screams over a wave of intense riffing, which courses the entirety of the track. It finishes with a sublime wave of trumpet work, followed by a burst of emotive lead guitar work.

On ‘Van de meute vervreemd, deel I’ the distant and reflective guitars are accompanied by haunting trumpet and slightly progressive guitar work which builds, along with the brass work, into something quite majestic and haunting. The track is completed with second half tortuous cleans and screams.

‘Van de meute vervreemd, deel II’ continues in a hauntingly reflective and distant manner. The feeling of separation lingers even when the blackened riffs build and fall in organic waves, at times reaching frenzied pace, ready for when the acerbic vocals arrive in the second half, turning tortuous as the pace drops.

The despair and pain in the opening vocals on ‘Van de meute vervreemd, deel III’ tears at the very fabric of the self.

It is compounded by the bleak pounding melody with its hauntingly progressive ‘over melody’ and vocally you could not wish to hear a delivery more distraught or moving as is found here.

Is it utterly magnificent and heart ripping, but with a contrasting calmness and resignation to the final clean vocal harmonies.

Final track ‘De dwaas komt voor de redder’ is a haunting reflective slow builder. It does not reach it’s zenith until midway, but there is an optimism and lightness to the intense delivery of the riffs. These build in layers to a rich bright sound that feels uplifting, like finding light at the end of the tunnel and the track fades on piano work which echoes the preceding riffs.

‘Geen Weg Uit’ was unleashed through Wolves of Hades on 25th September 2020.

This is recommended if you like bands such as Drudkh, Wolves in the Throne Room and Fluisteraars.

‘Geen Weg Uit’ is a unique, impressive and emotive offering and one of the most movingly powerful albums I have had the pleasure to wrap my ears and my mind around in a long while. 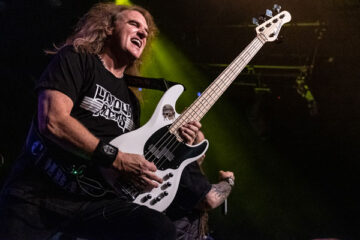