The drummer with the Californian band The Offspring, Pete Parada, has been fired from the band over his refusal to be vaccinated for COVID-19 on medical grounds.

He quotes advice for not taking the vaccine due to his “personal medical history and the side-effect profile of these jabs.” He added that he had “no negative feelings towards my band. They’re doing what they believe is best for them, while I am doing the same.”

The Offspring have not commented on Parada’s statement.

Parada has been with The Offspring since 2007 and has played on their last four albums, the most recent of which, Let The Bad Times Roll, was their highest-charting album in the UK.

“I’ve got some unfortunate and difficult news to share. I know many of my close friends and family would’ve preferred to hear this privately first — and I apologize for the public nature of my disclosure, but I don’t know how to have this conversation multiple times.

“Given my personal medical history and the side-effect profile of these jabs, my doctor has advised me not to get a shot at this time.

“I caught the virus over a year ago, it was mild for me — so I am confident I’d be able to handle it again, but I’m not so certain I’d survive another post-vaccination round of Guillain-Barré Syndrome, which dates back to my childhood and has evolved to be progressively worse over my lifetime.

“Unfortunately for me (and my family — who is hoping to keep me around a bit longer), the risks far outweigh the benefits.

“Since I am unable to comply with what is increasingly becoming an industry mandate — it has recently been decided that I am unsafe to be around, in the studio, and on tour. I mention this because you won’t be seeing me at these upcoming shows.

“I also want to share my story so that anyone else experiencing the agony and isolation of getting left behind right now — knows they’re not entirely alone.

“I have no negative feelings towards my band. They’re doing what they believe is best for them, while I am doing the same. Wishing the entire Offspring family all the best as they get back at it!

“I’m heartbroken not to be seeing my road community, and I will miss connecting with the fans more than I can express in words.

“While my reason for not getting this jab is medical, I want to make sure I’m not carving out a space that is only big enough for me. I need to state, unequivocally, that I support informed consent — which necessitates choice unburdened by coercion.

“I do not find it ethical or wise to allow those with the most power (government, corporations, organizations, employers) to dictate medical procedures to those with the least power.

“There are countless folks (like me) for whom these shots carry a greater risk than the virus. Most of us don’t publicly share a private decision we made in careful consideration with our doctors. We know it’s not an easy conversation to unfold.

“If it looks like half the population is having a shockingly different reaction to these jabs than was expected — it’s probably because their life experiences have actually been shockingly different, and their reasons range from a conscientious risk/benefit analysis to the financial inability to take time off work/lack of health care in the event of potential side-effects, to an understandable distrust in a system that has never prioritized the health or well-being of their communities.

“I hope we can learn to make room for all the perspectives and fears that are happening currently. Let’s avoid the unfortunate tendency to dominate, dehumanize and shout down at each other. The hesitant population is not a monolithic group. All voices deserve to be heard.

“In the meantime, I’m in the midst of launching a project and releasing some music with my daughter, so please stay tuned for all of that. I deeply appreciate your understanding and support as my family, and I find a new way forward.

“Sending love to everyone who has been impacted by this pandemic, in all the ways lives have been lost and altered.”

The Offspring / Hull date added to tour supporting the NHS 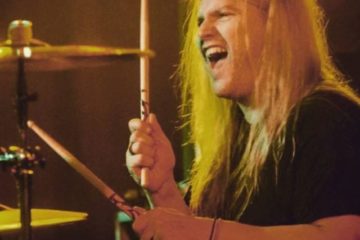