“We live in dark times and hope is crushed; but cast aside despair people – we are men in tight costumes and we are ready to fight. We are The Darkness, and we bring you light.” That wasn’t the intro the band used tonight, but it should have been.

The Darkness, touring their sixth studio album, ‘Easter Is Cancelled’, provide a bizarre uniqueness to their music and performance. On the one hand, you have a sense of flamboyance, yet on the other hand you have proper crunchy, raw, down to earth rock’n’roll. They walk this fine line between the two brilliantly, supplying full-fat cake riffs with fancy icing on top. This is what makes the band so great and successful, confirmed perhaps by the less successful individual endeavours of members over the years. 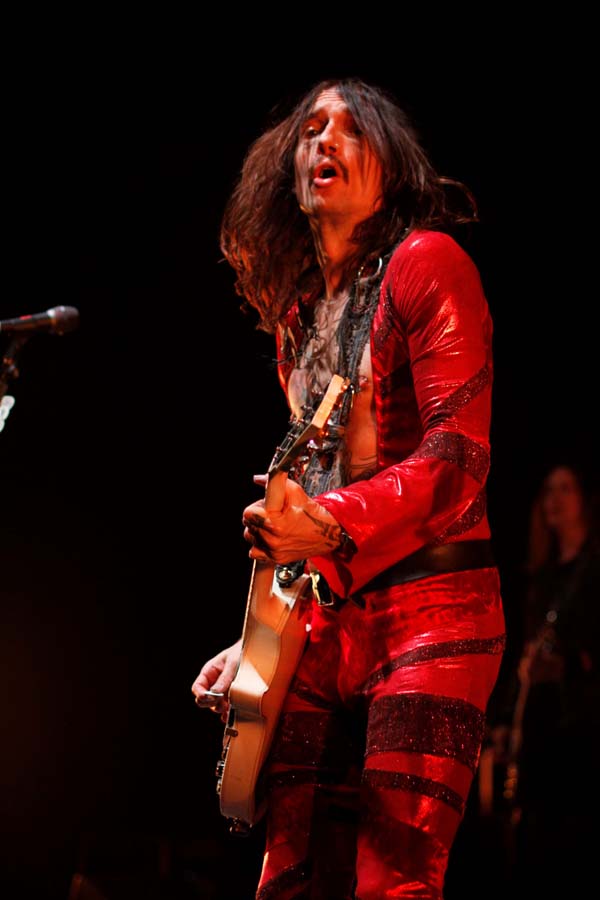 The whole show is a perfect mixture of heavenly extravagance and variety, as well as earthy and familiar rock. This characteristic is reflected in how they have chosen to perform the tour: the first half is ten songs from ‘Easter Is Cancelled’, played in order, whilst the second half is a mix of all the old favourites.

Not many bands would ever dream of hitting the crowd with nothing but new material for an entire hour. They start all dressed in white, with a backdrop of church windows which are also video walls, supplying a range of visual material to match the songs. 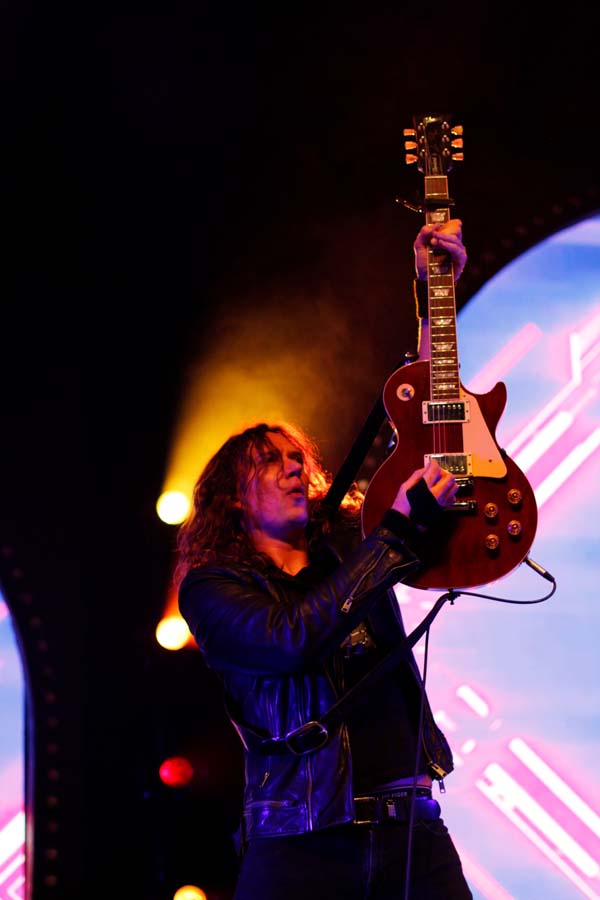 Noticeable on this latest release is the new range of timbres incorporated, with plenty of acoustic guitar and mandolin material, creating a real juggling act for the roadies. The acoustic sounds create a magical atmosphere in between the full throttle riffs whilst Justin, in all seriousness sings about rock’n’roll dying or Easter being cancelled.

I suspect one would giggle reading the lyrics of The Darkness, but take away the words and the sound is more or less that of a straight up, no nonsense rock band. One extreme example would be the haunting melodic piece about… yep, the loss of a deckchair! I’m so taken in by this song that I feel that Justin is actually speaking from the heart about a real life loss experience, just expressed differently.

That personal and heartfelt element does run through this latest album; when you hear the lyrics, see the background video of childhood images of the Hawkins during a song, and is completed with the solo acoustic rendition of the emotional ‘We Are The Guitar Men’ to close the first half of the show. The whole set worked wonderfully, and was executed as tightly as their trousers. 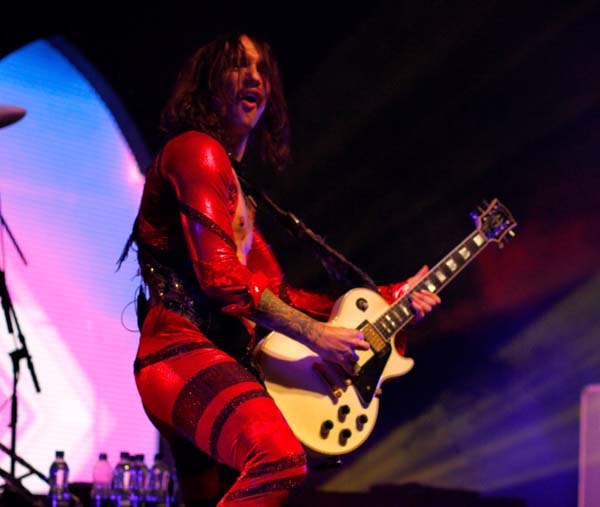 After the shortest of interludes, they revved up again, now dressed in their ‘civvies’. Whereas in the first half the theme was consistent with the all whites, the second section of the show saw their characters shine through, Dan in a Thin Lizzy t-shirt and leather jacket, Frankie in a patterned silk top, Rufus in the quite traditional drummer outfit of just shorts, and Justin in his iconic sparkly red spandex onesie.

Starting with the obligatory cowbell they launch into ‘One Way Ticket To Hell… And Back’, an immediate crowd pleaser. This feels like a good time party, blasting through the favourites and happy to ad lib more and let the crowd sing the choruses without the band.

The smoke increases, the video wall gets replaced by a more active light show and before you know it, it’s 2004 again and everyone’s having a great time. Sometimes Justin is strutting round the stage like a cockerel or a peacock, but this is cock rock after all. 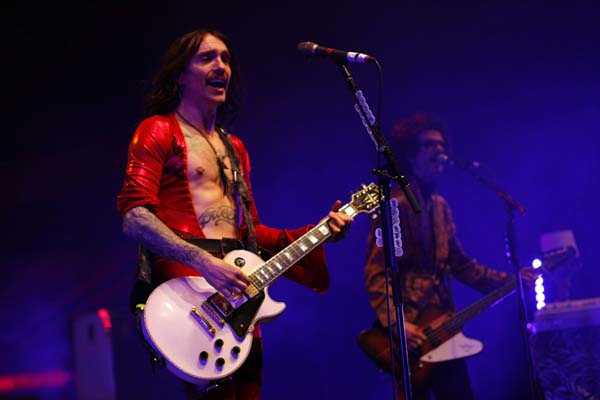 The second set is full of absolute belters, reminding everyone of what made them so successful while also showing how they have matured musically when thinking back to the first half. Overall, the two halves were phenomenal, a historic insight into how a band can progress over time.

Finally, what a better way to encore at this time of year than wearing a Santa hat and a sparkly red guitar whilst chiming out the ‘Bells End’ Christmas classic. “Just this once, put your phones away and hold hands with the person next to you and let’s enjoy this together,” Spandex Santa demands, and you know what, he’s on the money with that one. Rock concerts should be enjoyed in a friendly atmosphere, rocking out, an escape from your everyday life and this show provided that feeling with that unique helping of balls and cream which makes The Darkness who they are. I can certainly confirm that Easter is cancelled.

Setlist:
First Half
Rock And Roll Deserves To Die
How Can I Lose Your Love
Live ‘Til I Die
Heart Explodes
Deck Chair
Easter Is Cancelled
Heavy Metal Lover
In Another life
Choke On It
We Are The Guitar Men

Second Half:
One Way Ticket To Hell… And Back
Barbarian
Growing On Me
Japanese Prisoner Of Love
Love Is Only A Feeling
Solid Goal
Giving Up
Street Spirit
Get Your Hands Off My Women
I Believe In A Thing Called Love

FROM THE ABYSS: FROM DARKNESS DIZASTRA RIDE FORTH WITH THEIR DEBUT FULL LENGTH, 'ELDER SUN'

Cypher16 / Raise the bar with ‘Push Through The Water’ 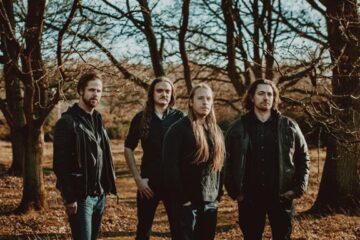