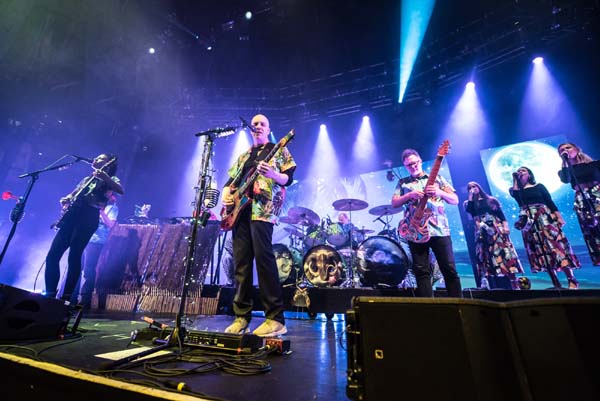 Tonight Devin Townsend is back at the Roundhouse for the first time since his ‘Retinal Circus’ show in 2012. This time it’s latest album ‘Empath’ that’s the focus, arguably his most ambitious project to date. 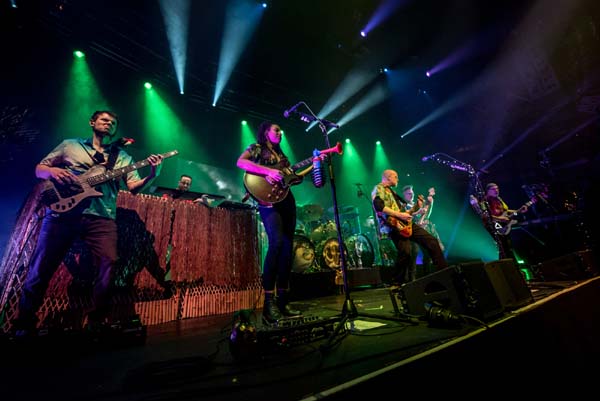 The promotion states: “Devin has decided to see what would happen if all the styles that make up his current interests were finally represented in one place… ‘EMPATH’, true to the name, is about allowing the audience a feeling for a variety of musical emotions… a bold statement with massive production values and dynamic, uncompromised musicality. After a year of intensive recording, mixing, and reflection, Devin has decided where he wants to take the next level of his career as a live performer.” 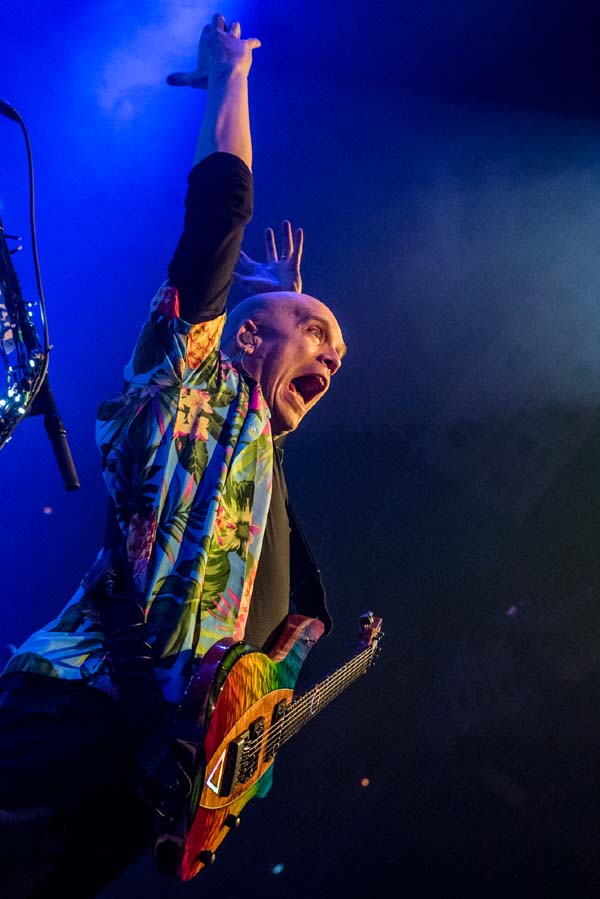 Support comes from London-based prog Metallers Haken, playing a short but striking and memorable six-song set on their home ground. They are polished, energetic and intense with instrumental ‘Nil By Mouth’ a standout track. “We figured no-one would know who we are, so we put this in the set to try to win you guys over,” says singer Ross Jennings, introducing ‘Cockroach King’. No winning over is required – they clearly have a lot of fans in the crowd. 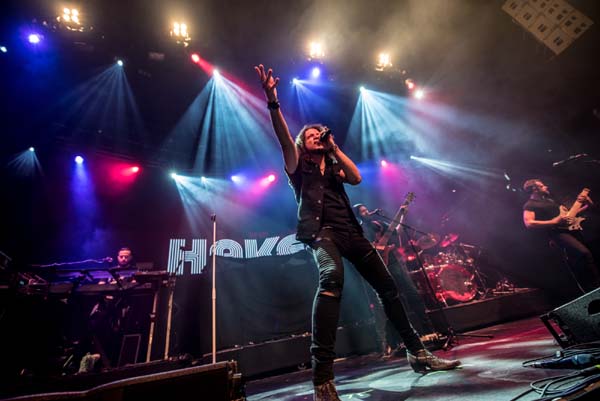 During the break, the stage is dressed for a tropical party, accessorised with palm trees, fairy lights and soft toys. After a short time, Devin’s band saunter on stage one by one in an assortment of Hawaiian shirts and party clothes, and are quickly furnished with drinks in mirrorball cups from the bar that has sprung up at Diego Tejeida’s keyboards. Each musician’s name is displayed in turn on the video screen at the back of the stage as they walk on. Devin appears with a broad grin to a roar of applause, and before launching into the first song, thanks the audience for coming out, declaring that tonight they would love to offer us a two hour reprieve (it’s General Election day and some distraction is sorely needed!). “For the next two hours, we invite you all to go on vacation with us… enjoy!”

Nobody needs to be asked twice. ‘Borderlands’ from ‘Empath’ kicks things off and has the venue swaying and bopping along immediately. ‘Evermore’ and ‘War’ follow. The sound is fantastic – clear, full and rich – and the blending of Che’s vocals with Devin’s works perfectly. There’s so much going on that it’s sometimes difficult to know where to focus – Devin moves around the whole stage interacting with everyone in the band, and it’s clear that he’s very proud of the huge array of talent that he’s working with on this tour. 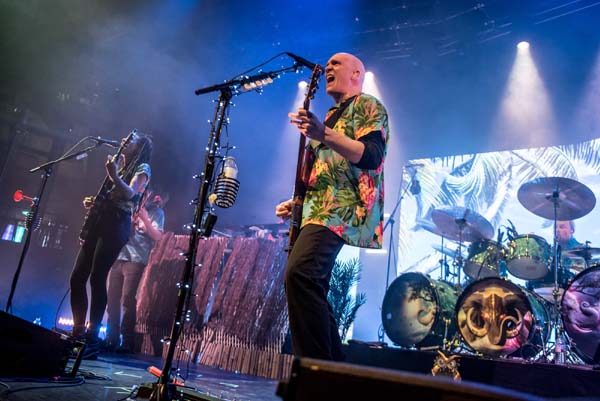 After the first few songs the tropical scenery and Hawaiian shirts are ditched, and the video screen backdrop provides more of the visual punch, with graphics and animations themed to each song. The set continues with a series of tracks from 2009’s ‘Ki’ album (‘Coast’, ‘Gato’, ‘Heaven Send’, ‘Ain’t Never Gonna Win’) and then an astounding version of ‘Deadhead’ (from ‘Accelerated Evolution’) – one of the standout performances of the night, with spine-tingling vocals from Devin.

The main man is typically talkative between songs and appreciative of all who have come out to see the show and supported him over the years – “…everyone who’s allowed me to flourish and do all these crazy things and make it feel like the sky’s the limit.” 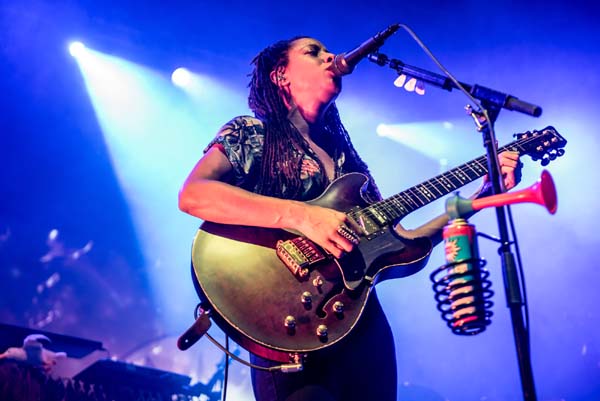 The next part of the set involves a costume change. Che returns in a white tutu, and Devin pirouettes back on in a black tulle skirt for ‘Why?’. It’s part music hall, part opera, part Heavy Metal death growl audience participation. Our initial attempt is not good enough, so we are ‘punished’ by being made to jump up and down with our hands on our heads shouting ‘beep beep beep’ in high-pitched voices, before nailing the death growl (at least as much as is possible when you’re laughing) on the second attempt.

Next up is ‘Lucky Animals’ – “Are you ready, my fucking Heavy Metal friends, to give me your jazz hands?” We are. It’s another light-hearted and uplifting part of the show. We are living in the moment, and whatever’s happening in the world outside of the Roundhouse can wait for just a little longer! 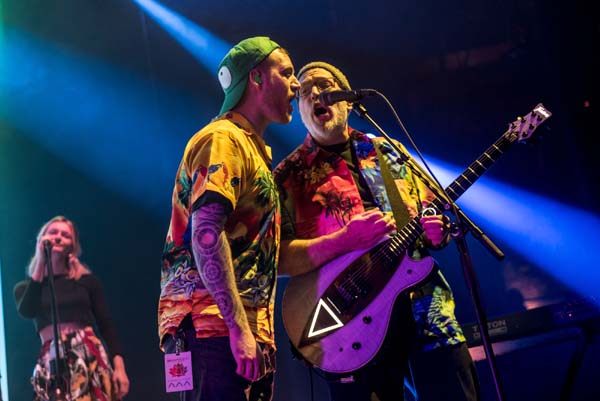 ‘Genesis’ and ‘Spirits Will Collide’ from ‘Empath’ bring the main set to a close. The former is gloriously chaotic, the latter stripped down and beautiful, featuring Anne, Samantha and Arabella’s gorgeous vocals. Introducing ‘Genesis’, Devin says a little about his personal experience of depression and explains more about the purpose of ‘Empath’, saying that the biggest thing that they’re trying to do with the show is, ultimately, to make people happy. ‘Spirits Will Collide’ is dedicated tonight to anybody who’s lost anybody to depression, and anybody who’s going through it right now.

For the encore, Mr Townsend returns with his head adorned with a sparkly green Christmas decoration gifted by an audience member, and declares that tonight we need a disco! The band delivers a brilliant version of ‘Disco Inferno’ with Che Aimee Dorval leading on vocals, during which Diego’s bar is open for business again, and well-deserved drinks are passed over the heads of the crowd to the sound and lighting crew. 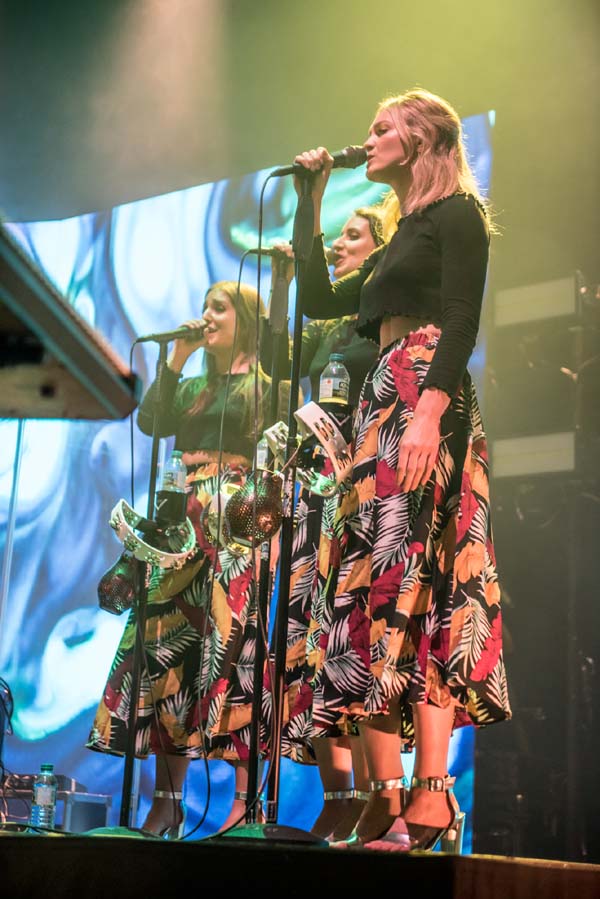 ‘Kingdom’ from 2000’s ‘Physicist’ is the final twist, bringing the night to an end by uniting the whole venue in song.

As we leave the Roundhouse, there’s a real electricity in the air, and everyone I pass on the way out is grinning and chatting excitedly about what they’ve just been a part of. It’s been a tremendous night, in turn light-hearted and deep, emotional and hilarious, with sublime performances from all involved. A real breath of fresh air in stifling times. 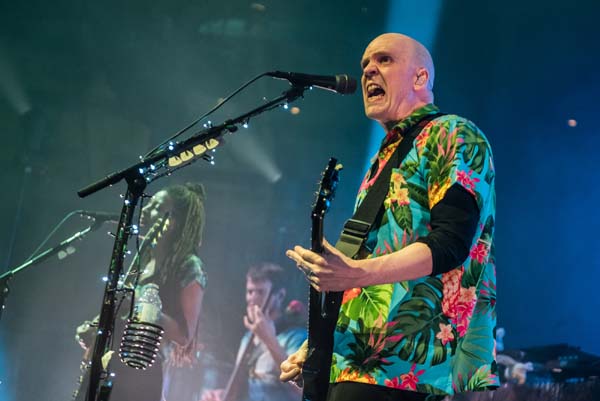 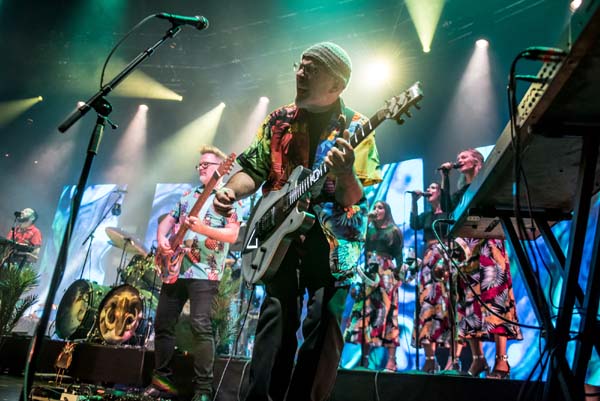 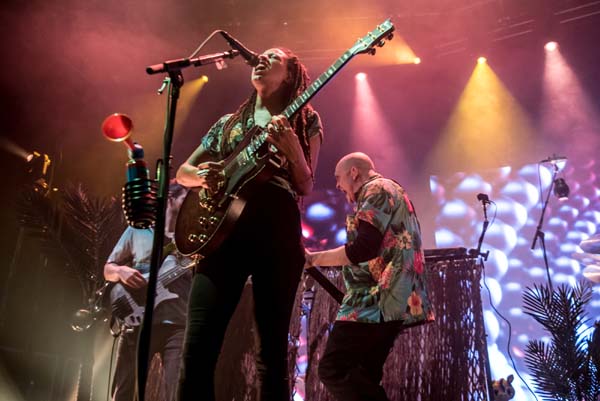 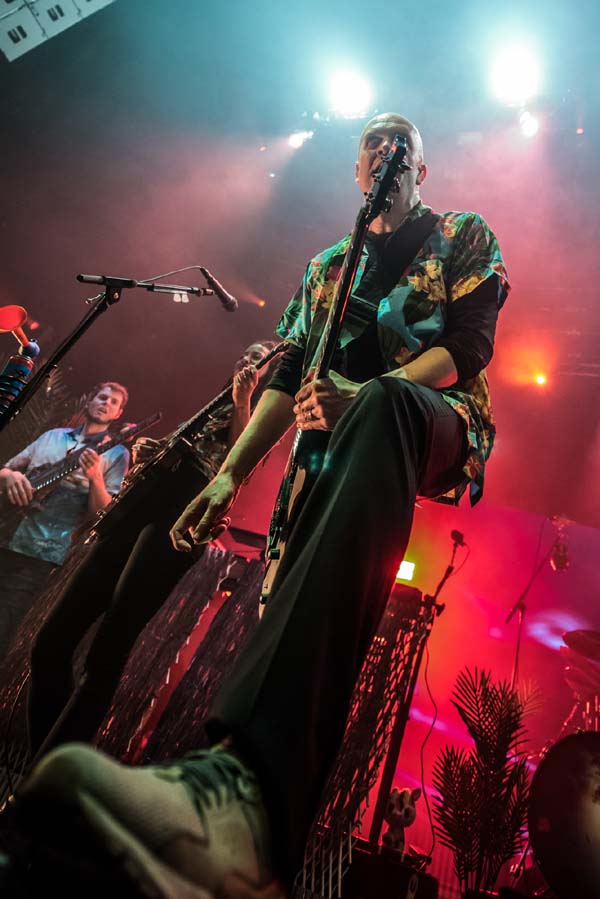 Previous article
LATEST SLOT GAMES
Next article
REVIEW: WE ARE THE DARKNESS AND WE BRING YOU LIGHT

After 25 years, the very last Rock & Blues Festival took place at Skegness Butlins over the weekend of 13th - 15th January for a very emotional crowd. Saturday. Words and Photography: @punkrocksal