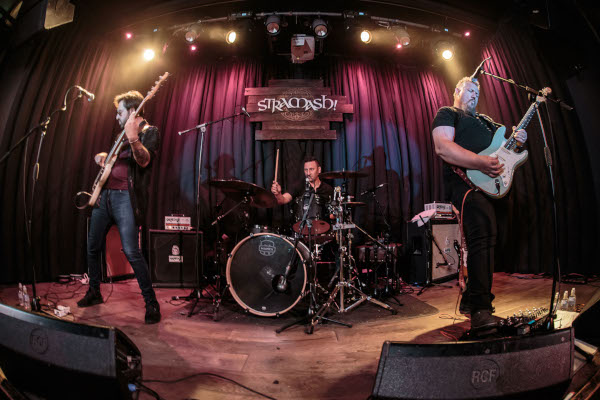 It can be a curse as well as boon being part of a rock’n’roll family. Glasgow’s Stevie Nimmo is one half of The Nimmo Brothers with his younger sibling Alan, now doing great business fronting the band King King. The hugely talented brothers are so often mentioned in the same breath but tonight it’s all about Stevie on his own, his name on the tickets and a chance to show exactly what he can bring to the party.

This is music the old fashioned way of course, so after an introduction from the Edinburgh Blues Club host, the evening’s main man along with his very talented cohorts in bass player Kelpie McKenzie and drummer Craig Bacon just get straight into it. The sound is lush and a little mellow overall, definitely blues rock but with the accent on the blues half. 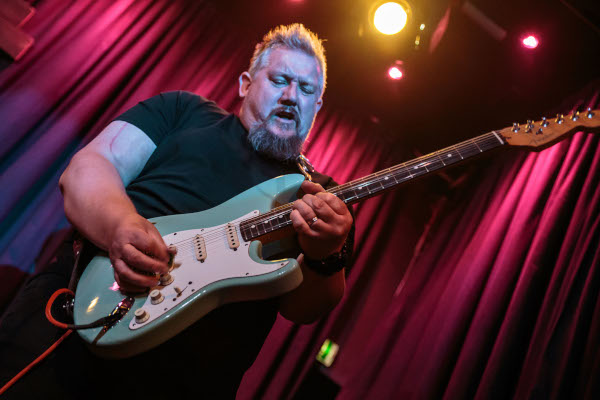 The rhythm section has plenty of power available but all the light little touches and fluid runs and fills are what makes things groove along nicely, allowing the man with the Strat space to fill however suits him best.

Early in the set ‘Running On Back To You’ brings appreciative cheers at the first few bars and the heartfelt vocals, song craft and extended soloing through a pure blues number full of effective pauses and a less is more with crescendos kind of vibe gets a lot more cheers at its conclusion. 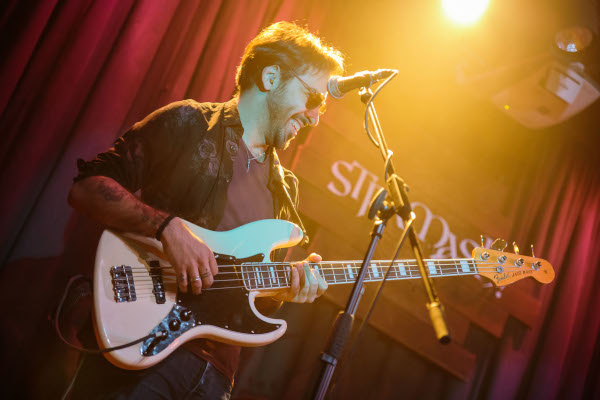 That set the bar for the night very high but this relaxed, confident trio of musicians were well up to the task and were able to share relaxed chats with the audience before slipping seamlessly into high quality performances of the likes of the slow blues of Clapton’s ‘River Of Tears’. They can groove too and their funky, elegant take on ‘Going Down’ had the audience singing their hearts out in appreciation.

The inevitable encore of ‘The Storm’ twisting and turning and building on the back of vocals and guitar playing full of talent and conviction to a fading feedback finish was a fittingly dramatic ending to a night where the blues really got to do the talking for this part of the Nimmo family tree. With latest album ‘Sky Won’t Fall’ and a string of live dates like this under his belt I can see Stevie Nimmo filling halls like his brother’s band does in the near future. 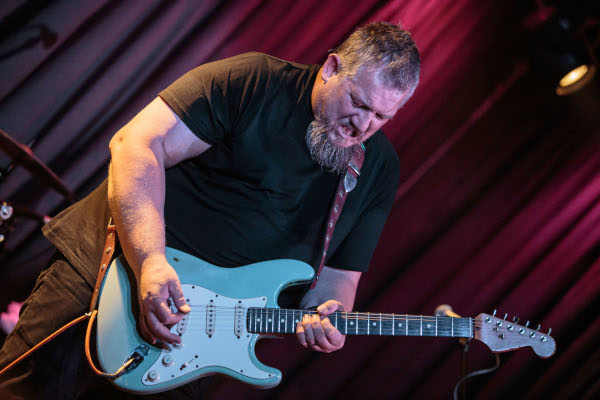 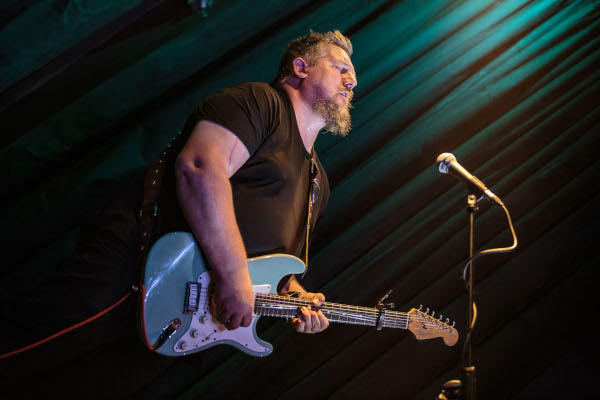