Sodom / Bombenhagel, an excellent EP that Thrash fans will love

German Thrash legends Sodom, who will be celebrating their fortieth anniversary next year, are set to drop a three-track EP, Bombenhagel.

“Originally, we had planned to bring out the record in time for this year’s summer festival season, including a sticker with all confirmed tour dates,” band founder Tom Angelripper told us. “Of course, the way it looks at the moment, all gigs will be postponed until 2022. But the EP will be released anyway, as a sign of life. As a signal to our fans, we’re still around.”

The first track is a complete reinvention of their classic Bombenhagel, from their 1987 album Persecution Mania and as classic a track as that is, this new version brings a whole lot more to the table. Thirty-four years later, production and recording have improved hugely across the industry in general, thereby enabling a crisper, bolder sound. 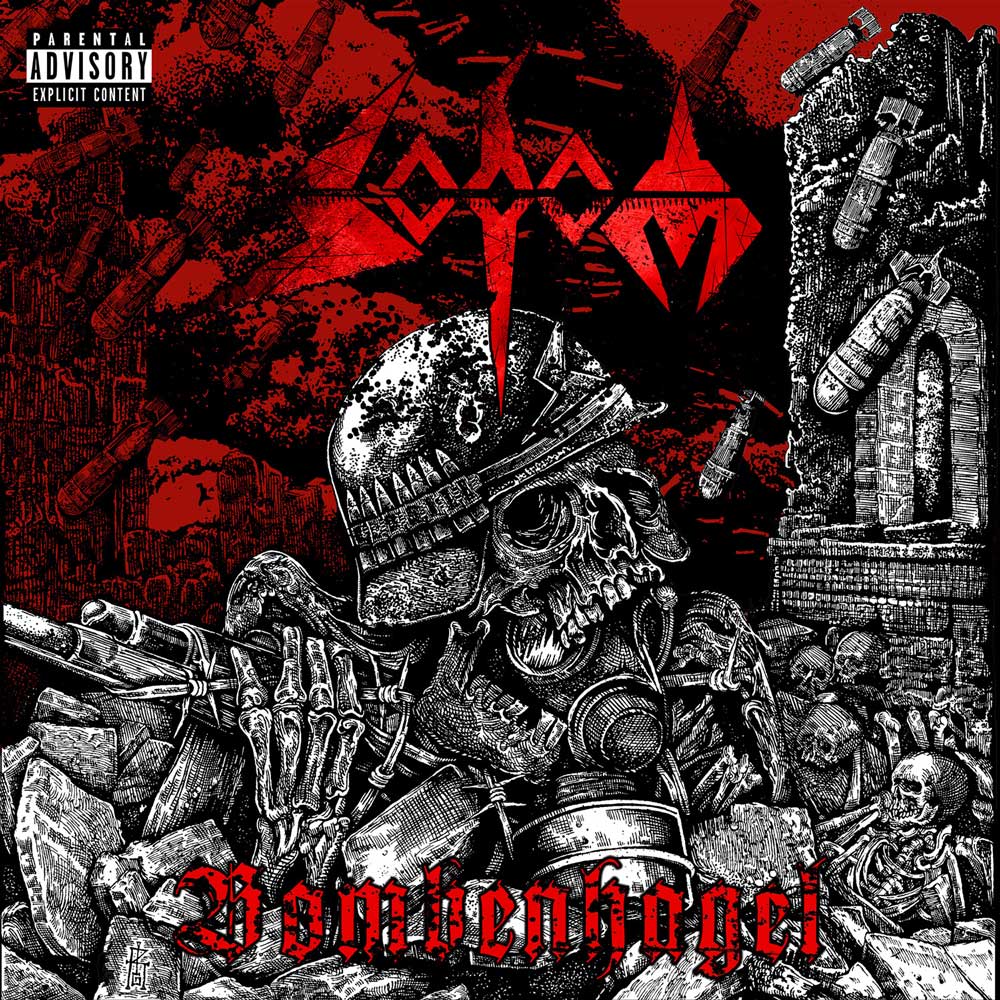 Don’t get me wrong, I love the original, but this has so much more depth, some of which is due to Sodom, on the original, being a trio, and on this, there are now four of them. Also, the continuity is maintained with a guitar solo courtesy of Harris Johns, who, as a producer, also guested on the Persecution Mania version of Bombenhagel. If you liked the original, you will love this version.

The remaining two tracks are new offerings; firstly, Coup De Grace, which is, Tom explains, “about the frequently-sung-about death blow that a hunter delivers to a deer that he has wounded, a torero to a bull, a killer to their victim. But what we are really saying is: Humanity is currently in the process of administering the blow of death to itself. Climate change, massive environmental problems, wars, the strange way of interacting that people currently have.

“We’re all responsible if things go down the drain. Coup De Grace is our attempt to rouse people and urge them to act more thoughtfully.” It is, from the offset, an utter Thrash-fest, a meld of unrelenting Thrash driven at the core, punctuated with squealy leads, bolstered by a dark, sinister undercurrent and topped with raw rasping vocals. In total, a superb listen.

The final track, Pestiferous Posse is, Tom continues, “about that most famous of gunfights in the history of the American Wild West at the O.K. Corral in Tombstone, Arizona, in October 1881 between the brothers Wyatt, Morgan and Virgil Earp and Doc Holliday, and local cattle and horse rustlers and outlaws, who called themselves the Cowboys.”

To Tom, this historical event is not only a cornerstone of American history but, in a figurative sense, also a synonym of current problems in the US, as well as Germany.

“If you look at the persistent battle between Democrats and Republicans, the storming of the Capitol a few months ago – there definitely are a few parallels with the past,” Tom says.

Sound-wise it’s a chunky beast, with heavy, low tuned guitar work paired with crazy thrashy shreds, packing a massive punch even before the rasping vocals arrive. The vocals are nicely protracted at times, others superbly tormented, and when they are tormented, the whole sinister atmosphere rises up multiple notches. A very engaging and catchy track.

Bombenhagel is an excellent EP that Thrash fans will love, so I’ll leave the final words with Tom, who says, “where would we be without our fans? Our next target can only be to come up with something really special to mark our anniversary next year.”

Bombenhagel will be available as CD, 12″ vinyl and digital download.

Bloodstock 2021 / Sunday, Judas Priest deliver an "I was there" moment

Sodom / Bombenhagel, an excellent EP that Thrash fans will love 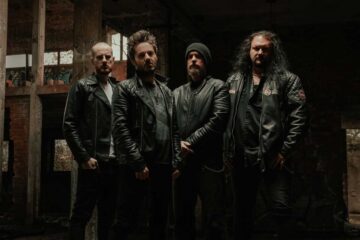