Brent Smith and Zach Myers, one half of Shinedown, have released two ten track albums of beautifully bright and delightful acoustic songs via Atlantic Records, each split with five fan voted covers and five original tunes.

Having already raised over $300,000 with the Shinedown ‘Atlas Falls’ song and t-shirt bundle, for Non-Profit Humanitarian Aid Organisation Direct Relief, the guys have now worked to support our mental health with these two inspiring epic releases.

Brent Smith said: “We’ve spent a great deal of time and energy making sure this project is completely authentic. The main reason Smith and Myers exists has to do with the fans. A project that was born from multiple requests over the years, has now evolved into its true identity. 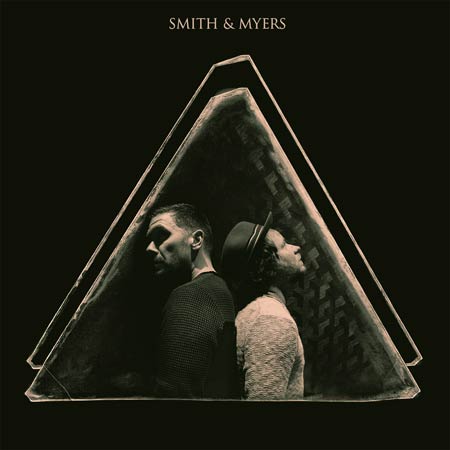 Zach Myers said: “It was an odd time to make a record at the beginning of a global pandemic, but the state of the world is reflected in the art we made on this album. It was some of the most creative times I’ve ever had as a musician or a songwriter.

“For the covers, we felt that we should approach them as a duo as if we had written the song modern day.

“With the originals, Brent and I had never discussed some of this subject matter before and we dug so deep while also touching on a world that’s rapidly changing around us the last eight months.

“We felt it would be disingenuous not to touch on social issues we ALL face as humans. We put a lot into this album and we truly hope you enjoy listening to it.”

It is the combination of fan’s contributions to song suggestions and Smith and Myers approach to recording them which makes this an album to cherish.

Volume One opens with the original track ‘Not Mad Enough’, which was written in the aftermath of George Floyd’s death and the delicate combination of Brent Smith’s engaging vocals and Zach Myers’ delicate guitar sets the scene for the whole piece.

‘Not Mad Enough’ was released earlier along with their cover of Neil Youngs ’89 protest song ‘Rockin’ In The Free World’, the track written to set about criticising President George H.W. Bush.

‘Rockin’ In The Free World’ is the first cover on Volume One and it’s beautifully slow groove and stripped down presentation of voice and guitar really emphasises the cutting phrases written by Young.

Other covers on Volume One, ‘Better Now’, ‘Never Tear Us Apart’, ‘Valerie’ and the unexpected ‘Unchained Melody’ alternate in order between the newly crafted Smith and Myers compositions.

The excellently quirky ‘Panic’ is a great showcase for the talents of both musicians. I swear I can hear a rhythmic typewriter, later in the song, but the use of layered voices melts wonderfully with the changing guitar styles.

Pick of the originals on Volume One is the up-tempo ‘Coast To Coast’, with its positive sounding chord progressions set against the juxtaposition of reminiscing about a recent relationship breakup.

The song is a personal one for Brent Smith, talking about the difficulties of staying in romantic relationships, when you have a gypsy travelling heart. He sings that the “Truth is that you know you’re better without me, and the truth is we both know you’re right” in a heart wrenching moment.

First cover is Billie Elish’s ‘Bad Guy’, another left sided choice, but infinitely better that the original. ‘Sledgehammer’, ‘Rebel Yell’, ‘Losing My Religion and ‘Don’t Look Back In Anger’ are the other covers.

The Billy Idol song is a nice moody and dramatic version, this time pairing sublime vocals with piano and guitar, building the tempo as the song progresses to an energetic finish.

It is an another excellent example of how the guys approached the covers. Just to replicate the original versions was not something considered and this reworking makes the whole piece much the better for that.

‘Sledgehammer’ is another cover which stands above the rest. The vocal harmonies and the rhythm of the guitar work really well together, elevating a complex original version into something more special. And boy, the power behind Brent’s vocals is something exceptional.

Of the originals on Volume Two, ‘GBL GBD’ (Get Busy Living or Get Busy Dying) is one of the standout tracks. This is another well crafted song, with fantastic chorus and a great set of vocals harmonies.

Personal favourite, ‘Like You Never Left’, is a sultry and passionate song which talks of the hopes of self improvement to maintain a romantic relationship, set against life’s personal and mental struggles. Brent tells us that with many things in life, “there is a price to pay”. 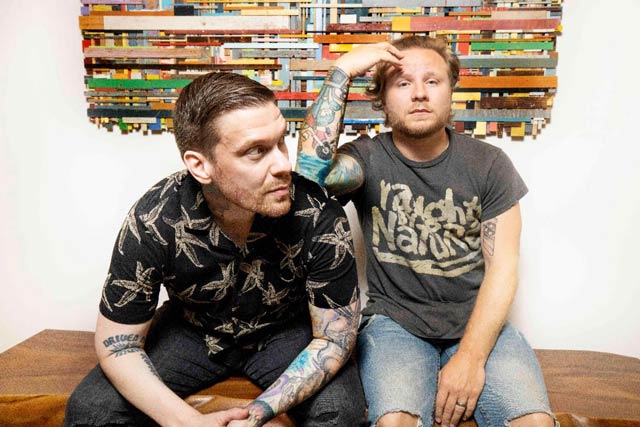 Twenty tracks, alternating between excellent originals and well developed covers, gives Volumes One and Two an interesting angle and the work of Smith and Myers in producing this has been rewarded with something which is quite unique.

It is not a set of Shinedown thunderous pieces, but a well crafted and well thought out set of acoustic songs which, as a whole piece of work, is as engrossing as it is stunning.

This is as suitable for a perfectly home cooked steak and red wine evening listen with socially distanced friends, as much as it is fit for a nice autumn evening in alone.

With this year gone to pot, it is great to have something to distract us from these disastrous times and with Volumes One and Two from Smith and Myers, there is a perfect chance to escape from this.

And even if it is for the briefest of times, this is the perfect break from now and I would embrace that.