Shark Island followed in the footsteps of bands such as Van Halen and Mötley Crüe in the mid 80’s in being the house band at Gazzari’s, on the Sunset Strip.

The band was formed by Richard Black (then known as Rick Czerny) and Spencer Sercombe in 1979 and eventually signed to Epic Records in 1989, releasing their debut album ‘Law of the Order’. This album contained the songs ‘Dangerous’ and ‘Father Time’ which featured in Bill & Ted’s Excellent Adventure and the song ‘My City’ which was in the film Point Break.

It has been said that Black’s stage presence and style were an influence to All Rose.

Moving on to 2018 and the reformed Shark Island released the album ‘Bloodline’, having recorded it in Croatia and Los Angeles. The album was limited to a run of 1,111 copies, but has now been picked up by Deko Entertainment and will see an official release this month.

“Almost a year ago we released ‘Bloodline’ to essentially our long time friends and followers.

“It sold out in no time and I am grateful for the support, also happy to have struck a chord with all, thank you.

“We found ourselves unable to keep up with the demand from all over the world and partnered with Deko Entertainment to manage world distribution.”

‘Bloodline 2.020’ includes an unreleased extended version of ‘Rocks on the Rocks’ and the newly recorded ‘Someday’, which you can watch below.

Of the track ‘Someday’, Black told us: “Many were surprised and taken by the dark tune ‘ON and ON’. So in an effort to complete the fatalistic muse idea, Christian Heilmann and I wrote the companion song ’Someday’, that has been haunting me for a considerable amount of time.

“Although a reflection of myself, many have been brought to tears at the message it contains.

“It is largely for a man’s point of view, but I have a feeling it can speak to women as well.

“As always, I pray that the work inspires.”

Richard Black / With Shark Island and Contraband “My dreams were huge” 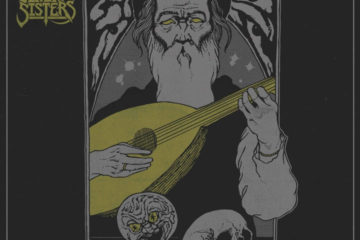