Rogga Johansson is back again, this time with his band ‘Revolting’ and there is something to be said for his creating on average ten to twelve albums a year.

Revolting – The Shadow At The World’s End (Transcending Obscurity Records)

That is just an approximate guess to the actual number, but the increments by which he improves and develops on his core sound is very noticeable.

Not that I have ever had cause to complain about his material, having been a fan since the early Ribspreader days, but the releases of the last couple of years have all really excelled in content and delivery.

Studio full length number seven from this project, ‘The Shadow At The World’s End’ is no exception and he is joined, once again, by Grotesque Tobias on bass and Mutilated Martin on drums, with Revolting Rogga on vocals and guitars. 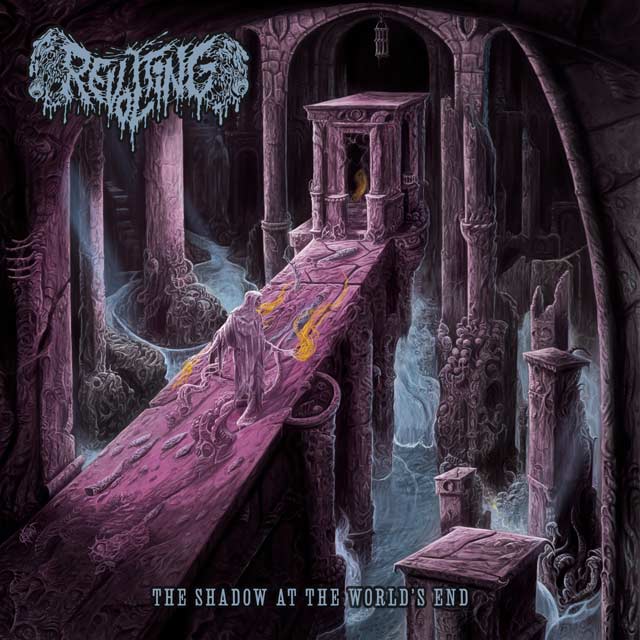 Sound wise it is traditional Swedish Death Metal, as perfected and dominated by Rogga. Let’s face it, he leaves his competition standing at the start line in terms of output to quality ratio. It is a brutal driving affair with just the right amount of melodic element to keep you engaged, but not so much that it dilutes the brutality, and it is enhanced by the fact that his vocal delivery is excellent.

Opening on ‘Defleshed’, this album does not waste time getting going. It is straight down to the business of dirty Death Metal, enhanced with a haunting repeat melody and second half lead burst.

The sound gets dirtier, doomier and decidedly sinister with one of my favourites of the album ‘1888’, whilst still maintaining a very engaging groove. The tempo elevates for title track ‘The Shadow At The World’s End’ which can be best described as a bit of a rampage, and who does not love a good rampage?

In contrast ‘Sorrow As Companion’ takes on a more haunting edge. It is melancholic, but delivered at full throttle.

‘Daggers That Mimic Life’s Pain’ opens on a suitably pain filled roar from Rogga. A slower pace with powerful lyrics that hit the spot and send a chill through you, with the hauntingly mournful melody compacting on that emotion. It is another track that really stood out for me amongst the excellence that is this album as a whole.

The pace is back up for ‘Dragged Back To The Cellar’ with its haunting melody that runs through, taking things a little more maniacal for the fascinatingly convoluted ‘To The Bitter Bleeding End’.

‘Carnage Will Come’ has a full throttle galloping drive to open, but takes on some pretty sinister convolutions, something that is reflected in Rogga’s vocal intonation. This formula is repeated throughout the track to ominous effect and the final offering ‘Revolted By Life Itself’ keeps that galloping dirty drive going to the bitter end, culminating on some tasty squealing leadwork.

One thing that will strike you by the time you get to the end of this release is that beneath the brutal drive, lies a deeper context to this album.

The striking and impressive artwork is by Juanjo Castellano (Goregang, The Black Dahlia Murder) with the layout by Turkka G. Rantanen (Paganizer, Henry Kane). 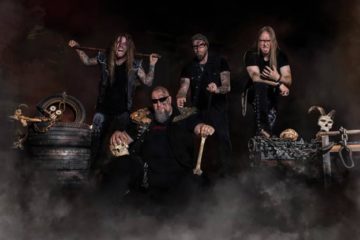