‘She Won’t Let You Go’ is the opener and sets the scene for what we have come to expect and love – a driving force of huge riffs, impeccable musicianship and astounding searing vocals.

Vocalist Nathan James told us: “This a song myself and Danny [Dela Cruz] wrote before he was even in the band. I wanted the video to showcase each member individually so everyone could see each person at a time doing their thing.

“The same guy who has done all our videos shot it, which was quite tricky given the lockdown restrictions.

“The song is about a girl who we met on a night out in Camden. She had flame red hair and a mean right hook…”

The album captures the first full studio recording from the line-up which thrilled festival and venue stages across the land last year.

A huge UK tour is scheduled and is a chance to see the band up close and personal and to support these amazing live venues.

Take your pick – tickets are on sale now from www.inglorious.com 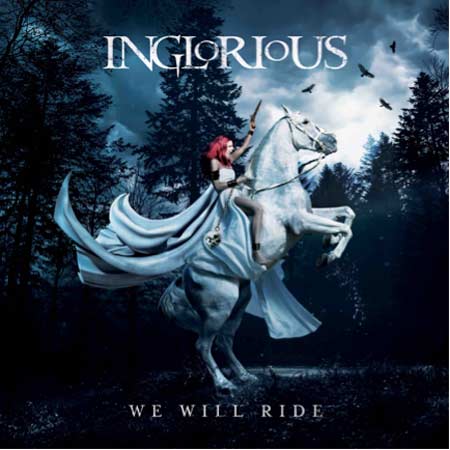 ‘We Will Ride’ is released on 12 February 2021 on Frontiers with the following tracklist:

Pre-orders for physical product and pre-saves for streaming services are available now, including limited edition colour vinyl from the Frontiers EU and U.S. web-stores and from the band’s own web-store. Pre-order/save here: https://orcd.co/wewillride

Inglorious up the Christmas cheer by Metalling up Mariah Carey