Opening up the night’s proceedings to a large crowd are rapidly rising stars Collateral. The young British band are on something of a hot streak now with their debut album is in the top 5 in the UK’s rock album charts. 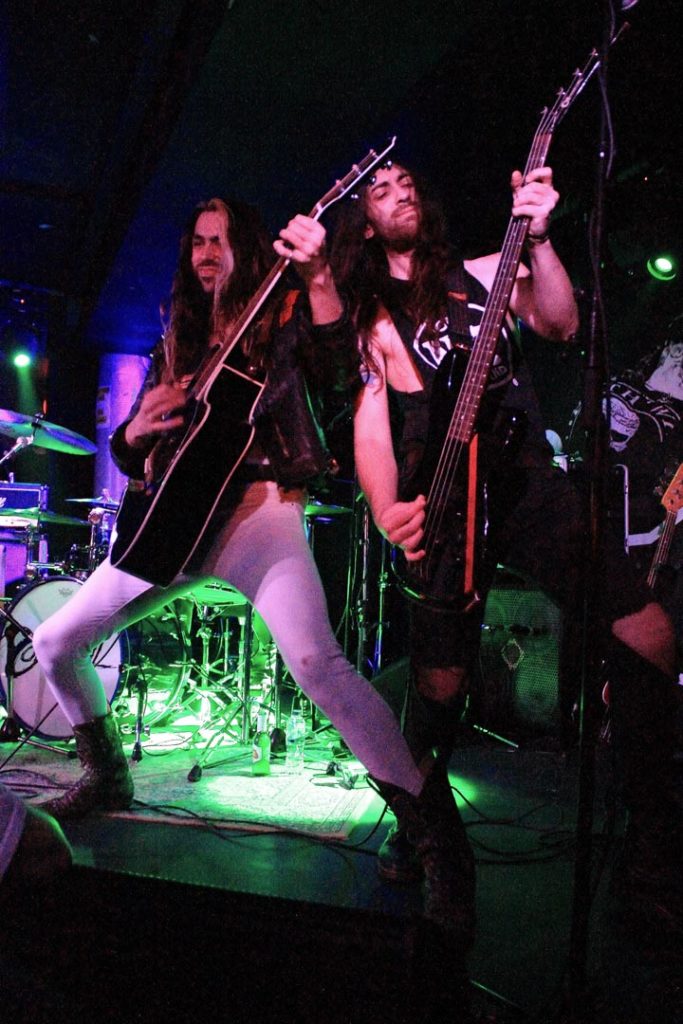 The four piece band are on fine form tonight, running through their new album and thanking the crowd profusely for making their dreams come true. Frontman Angelo Tristan takes the lead whipping the fans up and getting arms aloft for tracks like ‘Merry Go Round’ and their single ‘Midnight Queen’ which go down a storm.

If they follow the trajectory they’re on at the moment, expect to see much bigger things from Collateral. 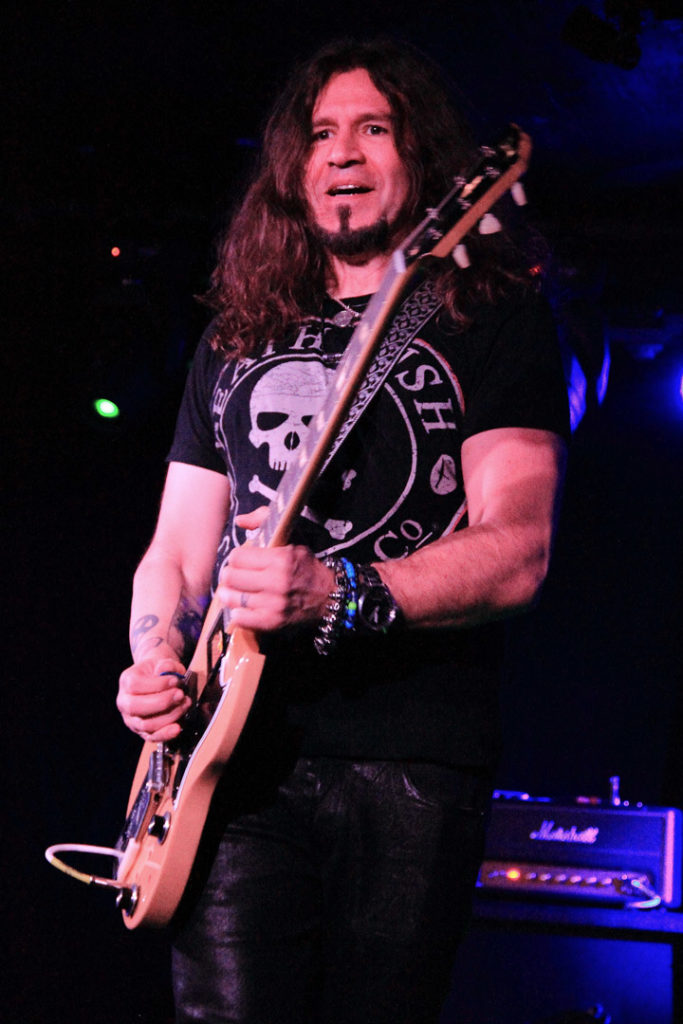 Tonight current Bon Jovi guitarist and session legend Phil X is in something of a jovial mood. “I laugh at my own jokes because I’m so happy to be here” says a grinning Phil. Tonight Phil X leads his three-piece band in an absolutely blazing set of originals and choice covers.

“Do we have any guitar players in the house?” asks Phil. “Damn guys” jokes Phil as about a third of the crowd raise their hands in response, “bring a date next time”.

Indeed if there is a perfect way to describe tonight’s gig its ‘guitar masterclass’. There is almost no other way to describe Phil X’s Led Zeppelin and AC/DC ‘Medley Of Awesomeness’, which sees the guitarist wringing every note out of his SG with almost cartoonish speed and precision.

Whether it is an incendiary run cover of Jimi Hendrix’s ‘Fire’ or simply sliding the ‘Hotel California’ outro into his own compositions, Phil X has a control of his instrument that is truly jaw dropping to watch.

Phil X’s own compositions boast fiery riffs aplenty and the kind of heartfelt, tongue in cheek humour that reminds you of Frank Zappa in the best possible way. From stripped down lone guitar of ‘Beautiful Apartment’ to the hilariously upbeat sing along of ‘I wish This Beer Was As Cold As Your Heart’, the gig never slows down or loses momentum. Phil is also a fine storyteller, regaling the crowd with the last time he played in London with Bon Jovi and having to take the tube to their Wembley gig. 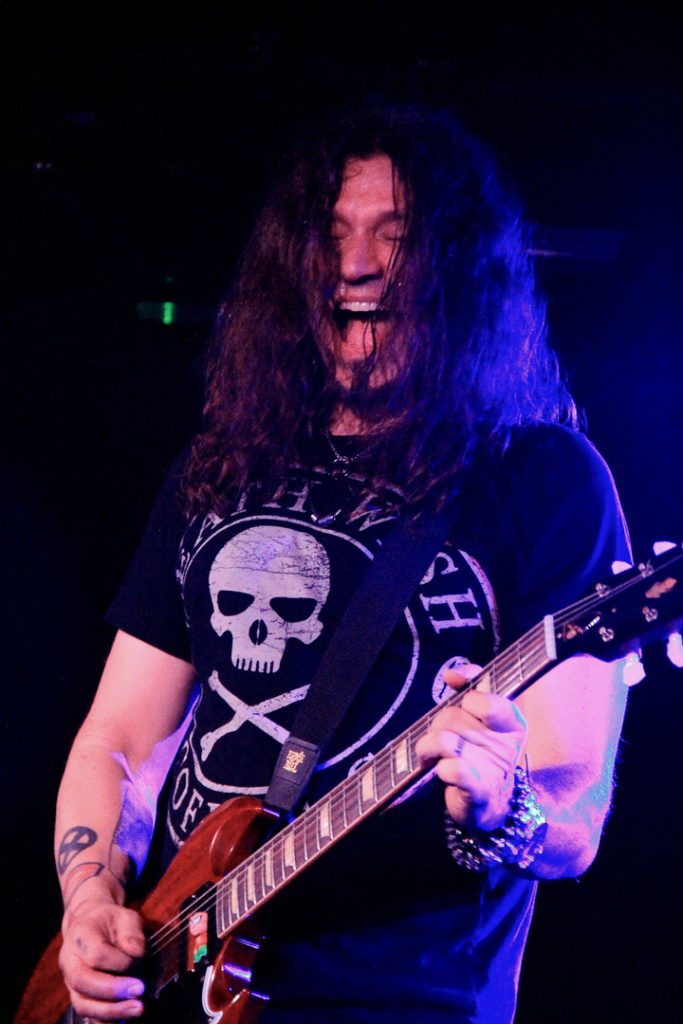 As the three piece band take the stage for their encore and with their strict 22.00 curfew looming, Phil X asks the crowd what they want to hear. After a hail of various songs gets shouted out, Phil settles on on a Van Halen song. “I had this song as my ringtone for more than 10 years” recalls Phil. “One day I was in the studio with Eddie Van Halen looking at amps and my phone went off – he just laughed”.

Finishing with an astounding, note for note version of ‘Unchained’, it’s hard to imagine a better ending to a night that was all about the power of a single guitar in the right hands.

Phil X is ‘Right On The Money’ with new single