The first Metal concert Melissa Whitney attended was in 1979 at The Star Baby, a venue more used to playing disco music.

That evening a pre-fame Quiet Riot were performing, including a young Randy Rhoads on guitar.

Melissa’s love of the band would lead to her forming a bond of friendship with the Quiet Riot members and Kevin DuBrow and Frankie Banali in particular.

Keep On Rollin’ is the book which tells the journey of Melissa and Quiet Riot, from those early Star Baby style venues, through to the period where the band recorded ‘Metal Health’, made Those videos and became a world wide smash.

Invited by DuBrow to a meeting at The Troubadour, Melissa was asked to form The Quiet Riot Squad. DuBrow had just signed a record contract, Quiet Riot was on the rise and Kevin wanted an official fan club.

As the band gained ever increasing popularity, so the Fan Club grew as the band played bigger and better venues and Keep On Rollin’ documents it all.

With some amazing candid photography from those early years by Melissa, the book also features photos from legendary cameramen such as Mark ‘Weissguy’ Weiss (see MTTV Episode Eight) and Ron Sobel.

Keep On Rollin’ features a foreword written by Quiet Riot bassist Rudy Sarzo. The book is a fascinating and engrossing document of a period of Metal History.

Pre-orders of the book can be made at Indiegogo.com/projects/keep-on-rollin-the-book.

“I think when you do something honestly, the audience just gets it. The record label at the time wanted so many compromises from us, they even wanted us to cut our hair.

“They had no clue about the new wave of Metal that was in their own back yard.

“In fact I’ve heard a reliable rumour that Epic chose to put out the ‘Metal Health’ album because they thought it would flop and they wanted out of the distribution deal they had!

“But things came together in a way nobody could have imagined and by November 1983 we made it to number one and beat ‘Thriller’ to do it!

“Nobody thought that band was going to accomplish anything.”

In Episode Seventeen of MetalTalk TV, Melissa spoke with MetalTalk Editor Steve Ritchie about her memories of Randy Rhoads, how her role with Quiet Riot grew as their success increased, the rivalries between Quiet Riot and Van Halen in those Californian Metal golden years and much more. 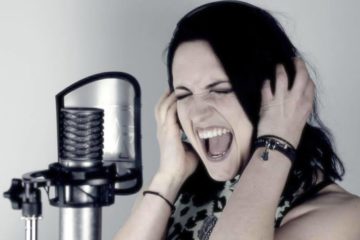