Fans of legendary seventies rockers Mott The Hoople have been delighted by the occasional reunion gigs performed by the band in recent years. The rare chance to see a line-up including Ian Hunter, Ariel Bender and Morgan Fisher brought the dudes and dudettes out in force at Glasgow’s Barrowlands venue.

Hard working Bristol quartet Tax The Heat got the evening of to a start with a short set full of youthful energy and bright well crafted rock songs. Drummer Jack Taylor was a ball of energy behind his kit, adding an essential style to the band’s sound with a series of fills targeted purely at pushing the songs where they needed to go.

The presentation from the trio of musicians up front was more understated and other than the odd aside from singer/guitarist Alex Veale TTH let their music do the talking and that seemed to go down well with the audience of mostly veteran rock fans before them. 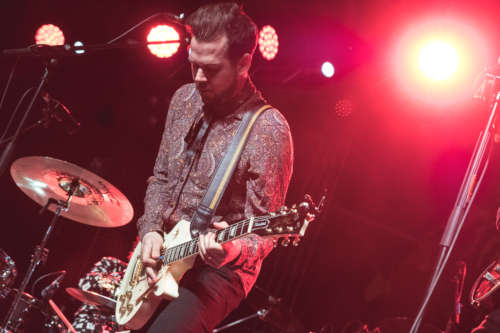 As an extra treat on this show on Mott’s UK tour there was the addition of Zal Cleminson’s/Sin’Dogs/. The ex-Sensational Alex Harvey Band guitarist has been working hard since the launch of his new outfit a couple of years ago and obviously relishing the chance to finally be the frontman of his own band, he looks like the world’s coolest septegenarian up there with his shaped hair and beard and ultra cool shades. His guitar playing matches the rock’n’roll look perfectly, time has not diminished his skills one iota and there’s a genuine fire in his playing.

“Glasgow ya bass! Are there any sinners in tonight?” is the friendly banter for greeting old friends here but there’s nothing old or dated about the sound. /Sin’Dogs/ are a loud, intense rock outfit with an industrial Metal edge and the pounding vibes, incendiary solos and gritty vocals create a soundscape which gets the hall nodding in approval. 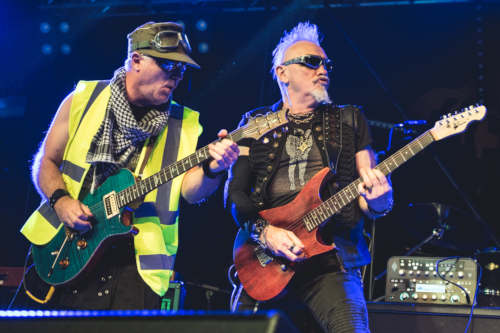 A nod to the past is thrown in with ‘Faith Healer’ but this has a /Sin’Dogs/ trademark on it, that classic riff allowed to grow extra muscles and add a new intensity.

The rest of the all too short set was an excellent showcase of the original songs on offer and from the big riffing of opening tune ‘Armageddon Day’ to the steady, stomping groove of their eponymous set closer there was much to be impressed by. Zal is back and he means business. 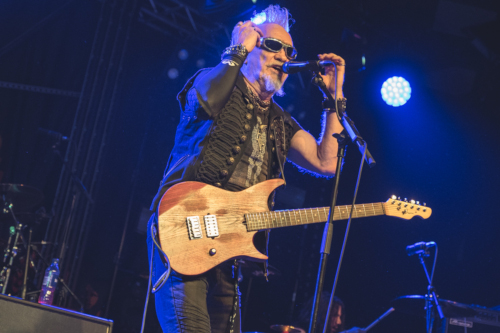 Mott The Hoople always did things their own way so it’s no real surprise that their way of opening a big gig is for Ian Hunter to lead the crowd through a gentle couple of verses of ‘American Pie’. The seven-piece band soon bursts into a glorious take on ‘The Golden Age Of Rock’n’Roll’ though and the dancing throughout the hall begins in earnest.

This tour was billed as Mott ’74, a celebration of the final ‘classic’ incarnation of the band based around ‘The Hoople’ and ‘Live’ albums which were released that year. That’s a full forty-five years ago and apparently Ian Hunter is now aged seventy nine, but I’m damned if I could tell. He’s still the coolest dude in town ad still has that distinctive voice plus a charisma that allows him to hold the crowd’s attention while not really seeming to do very much in the way of traditional frontman clichés. 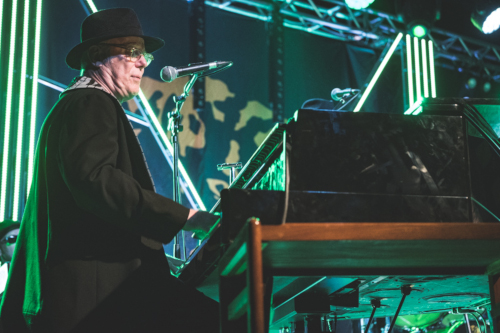 There was plenty of personality on offer on either side of him of course with Ariel Bender never happier than when he’s in the spotlight getting Hunter to introduce him in glowing terms from a list of compliments supplied by the guitarist himself and Morgan Fisher getting served champagne at his piano and happy to take the mike to add some proto punk poetry to the occasion.

There was a charming chaos to how everything was presented, a sense that the talented guys up on the stage were kind of in control but not quite, and that vibe meant you had a mix of some on stage clowning around during ‘Sweet Jane’ and ‘All The Way From Memphis’ and totally focused, sublime quality such as a groovtastic ‘Walking With A Mountain’ and a poignant bit of musical storytelling in ‘Rose’. 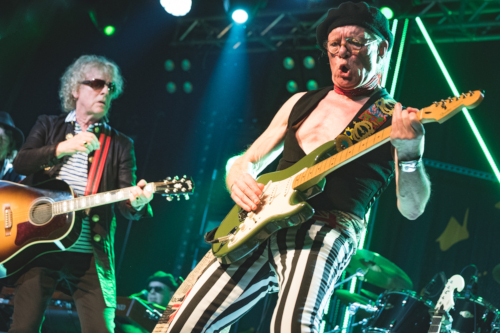 The crowd lapped it all up and the set built up to a rousing conclusion through a medley of some of their best, and an encore which finished with the dynamite one two punch of the elegiac ‘Saturday Gigs’ and inevitably ‘All The Young Dudes’.

The seventies were indeed a golden age for rock’n’roll and getting to revisit that time in the company of such talented, charismatic and still slightly crazy musicians was a real pleasure. Any time that they want to revisit those days again this audience will be there to celebrate it with them. 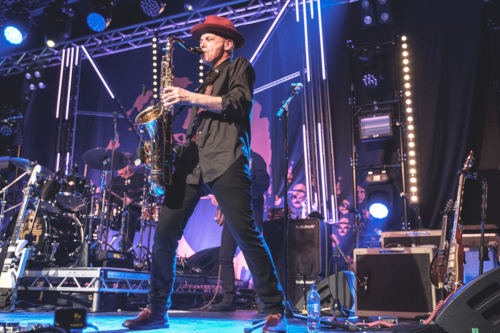 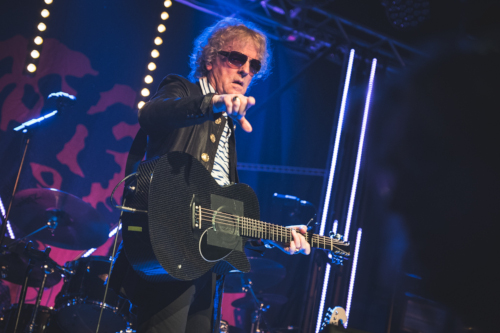