There are blues musicians, and there is Joe Bonamassa. Tonight is the last run of three sold out shows at The Royal Albert Hall, to mark ten years since his first appearance here, a suitably majestic venue to witness a display of blues rock that was in another dimension. 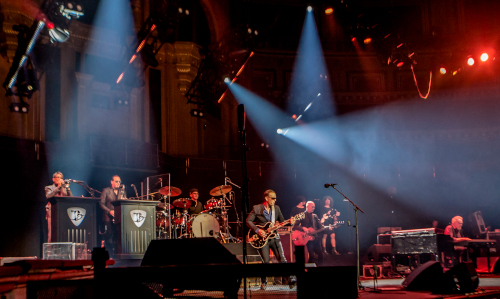 Joe Bonamassa’s place in blues history is already assured, but his chapter is still far from written. I wouldn’t even like to say he is at his peak; I’ve been seeing him since 2008 and he gets better every year. It’s almost overwhelming.

It’s not just that he is so prolific, with thirteen solo albums, sixteen live ones, and a plethora of projects including Black Country Communion. The quality matches the quantity, and I can’t think of another artist that can retain such consistency for so long.

This tour is billed as the ‘Always On The Road’ tour, and is pure Joe. Starting with a rollicking ‘Tiger In The Tank’, a Muddy Waters cover to anchor the blues heritage, there was an early run of tracks from current studio album, ‘Redemption’. 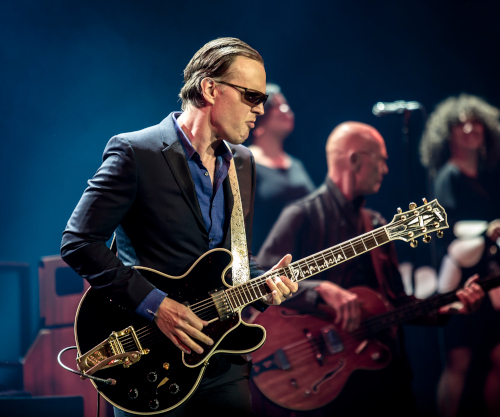 ‘Evil Mama’, a trippy number with edgy, honeyed Hammond, and ‘Just Cos You Can Don’t Mean You Should’ hit the kind of sweet spot that comes when you are in the presence of a truly great artist.

You can pick a ‘wow’ moment in every track tonight. The rolling keyboards of ‘This Train’, the ethereal backing vocals of ‘Self-Inflicted Wounds’, the entirety of ‘Blues Of Desperation’ which could bring a tear to the most hardened of souls – every single moment of the show held some magic. 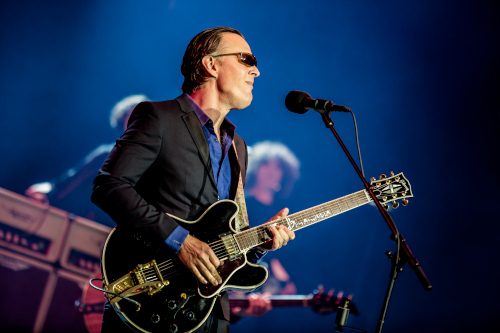 Joe might be driving this, but the engine behind him is a troupe of world class musicians of the highest calibre, sidemen who are among the best of the best. The harmonies of backing vocalists Mahalia Barnes and Jade MacRae were a perfect enhancement. On keys, the amazing Reece Wynans, and there’s Anton Fig on drums and Michael Rhodes on bass.

The horn section comprises sax player Paulie Cerra and trumpeter Lee Thornburg – we are reminded that he features on the legendary ‘Simpsons Sing The Blues’ album, and at one point he playfully introduces a motif from the theme tune into a solo.

Each night has also brought a special guest and the crowd was brought to its feet as Joe exclaimed: “Shit, here’s Bernie Marsden!”, and we were treated to a hugely energetic ‘I Get Evil’. 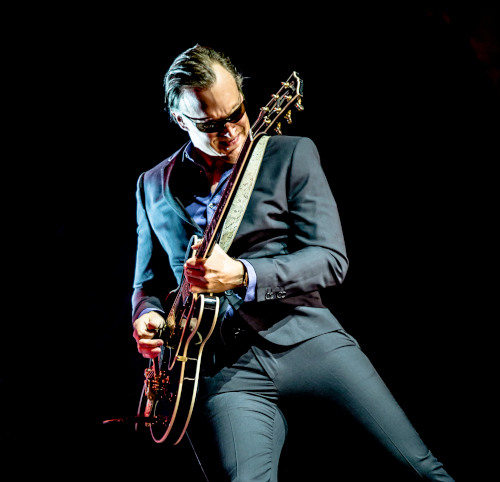 The whole show is a relentless torrent of greatness and to sustain this level of wizardry throughout is astonishing. Technically superb yes, but there has to be more than that to lift it to these heights. This music moves people. It’s the lingering on a note just so, the pressure of a finger, the volume fluctuations, the space between the notes, none of which can be defined. It’s possible due to the great mastery achieved over a lifetime, but comes from the heart, soul and intuition.

After the main set ended with ‘Last Kiss’, and the hall resonated to a colossal standing ovation, Joe re-appeared to weave a different sort of spell with the acoustic ‘Woke Up Dreaming’, a feeling that many could relate to. 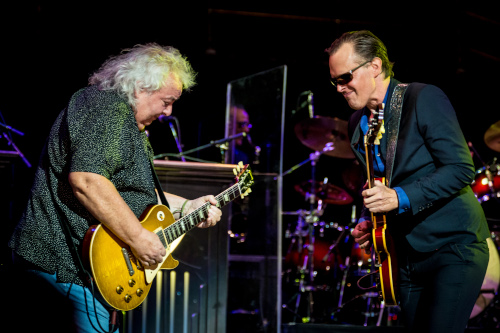 There’s been slight variations in the setlist over the last few nights, but this was the show to be at as a surprise extra encore song of ‘SWLABR’ resurrected memories of Cream at this venue, the haze almost parting the curtains of time, evoking crushed velvet and patchouli. It was a fabulous bookending of Joe’s influences, but still these are only reference points; he has expanded all genres.

Following the epic ‘Mountain Time’, after captivating the sold out Royal Albert Hall for two and quarter hours Joe and the band left the stage to the strains of Ethel Merman singing ‘There’s No Business Like Show Business’. As the lyrics state, “Nowhere could you get that happy feeling when you are stealing that extra bow”, and tonight we are grateful for that feeling also extending to the audience. 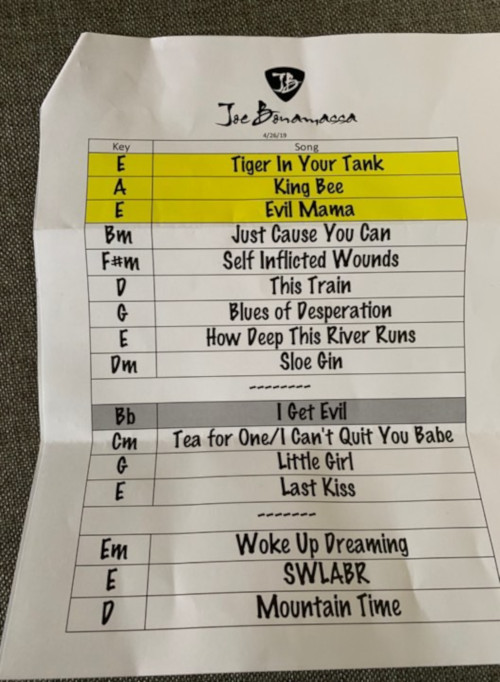 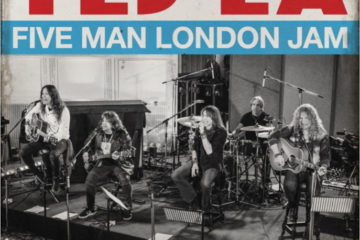