Seems that after the initial struggles, including going through several line-up changes, Nothing More have finally found the winning formula. Once the original drummer Johnny Hawkins decided to take matters in hand by fronting the band and becoming the lead singer, the Texan quartet finally managed to attract the right attention and have seen their fourth, self-titled album gain worldwide popularity, as well as a long-awaited record deal.

Tonight is the second night in a row that The Forum is packed, after a first totally sold out show of last night. The headliner may well be the main attraction, however I am stood amongst a very healthy and equally mesmerised crowd, while Nothing More are delivering their best numbers. If anything, they should have been main support and not the opening act. 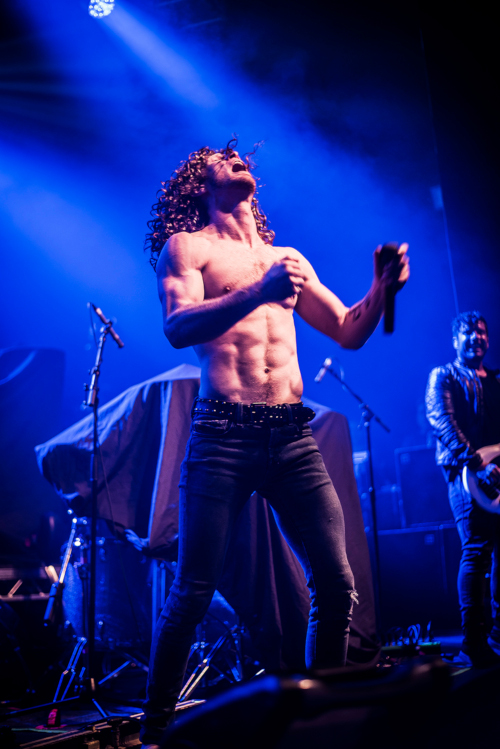 With his statuesque appearance and uncanny resemblance to Doors’ icon Jim Morrison, Johnny Hawkins’ performance is nothing short of impressive; ever so emotive and intense. He certainly knows how to work the crowd, with great interaction and skill, while managing to maintain even greater sonic delivery.

There is a certain rawness and vulnerability which render the vocals ever so unique, going from moments of sheer sweetness to those of true almost animalistic force.

The melodies are haunting and solemn, with plenty of hooks and memorable choruses and perfectly enhanced by on-point harmonies, while the band provide full support by delivering a solid wall of thumping rhythms and heavy riffs. 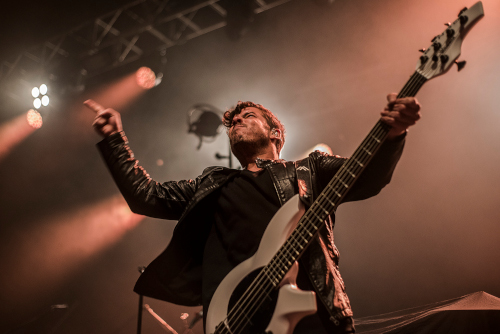 There are plenty of explosive numbers, may that be the opener ‘Let ‘Em Burn’, the anthem that has propelled the band to huge popularity with their latest album, ‘The Stories We Tell Ourselves’, ‘Don’t Stop’, not short of dynamic range, groove and plenty of breakdowns, or ‘Do You Really Want It’, including a call and response type chanting which sees the whole room participate.

Mid through the set, Johnny asks if there are any parents in the audience and here introduces a more somber tone, while singing the first lines of ‘Fade In/Fade Out’, a ballad dedicated to his father. Haunting vocals and dissonant tones adopted on the bridge perfectly reflect the depth of the lyrics.

In keeping with that, ‘Jenny’ quickly follows, a controversial song, this time about his sister Jenna and her struggles with mental illness. Once again the emotion is truly tangible.

The single from the self-titled album, ‘This Is The Time (Ballast)’, whose driving beat and catchy choruses are simply infectious, quite literally sets the house on fire, however, the anthem ‘Go To War’ outdoes it. With a relentless beat and perfect dynamic range, going from mellow verses to an utter explosion of choruses, this is truly glorious. 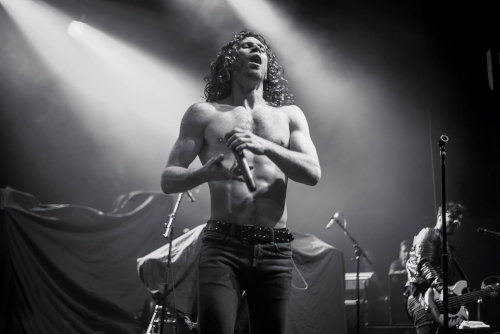 Nothing More aren’t simply a rock band. Drawing from a melange of heavy rock, progressive, nu-Metal, hip hop, dance and dubstep, with the addition of certain Eastern flavoured overtones, their sound is a crossover of fresh and indeed contemporary. Most apparent influences include Linkin Park, Killswitch Engage and Californian producer Skrillex.

As their final number, the band introduce a structure known as ‘The Scorpion Tale’, apparently a creation by bassist Daniel Oliver. This is a fourteen foot moving installations set on a spring, made with various car parts, drums and a console with a MIDI controller, resembling the design of an Escher and directly out of a dystopian movie. Johnny jumps on it and jaws literally drop.

They play a quick interlude of Queen’s anthem ‘We Will Rock You’ and, ironically, this gets followed by ‘First Year Of The Equinox’, which is in fact a Skrillex cover.

Watching Nothing More was certainly an exhilarating experience and one that I would have no hesitation in recommending. I would strongly encourage anyone to get a taste of this very promising band, who are engaging, innovative and, for sure, here for the long run.

Setlist:
Let ‘Em Burn
Christ Copyright
Don’t Stop
Go To War
Do You Really Want It?
Fade In/Fade Out
Jenny
This Is The Time (Ballast)
First Year Of The Equinox (Skrillex Cover)
We Will Rock You (Queen Cover) 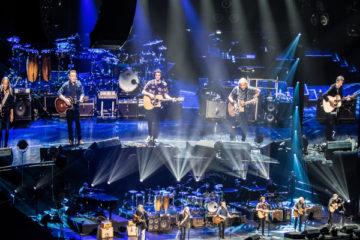