The end of a gruelling two month European tour which saw the band play five to six gigs every week, even travelling overnight at one stage from France to perform in North Wales for the Hard Rock Hell Festival and back to France to gig again the very next night. 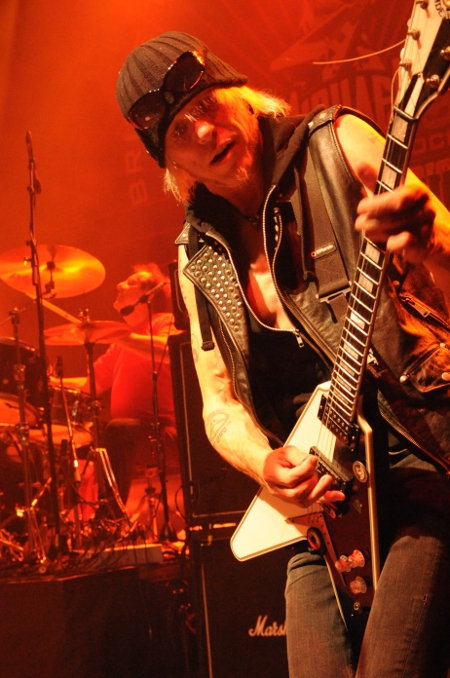 That would be enough to finish off most bands but not Michael Schenker who since his well documented downward spiral eight years ago has since built himself a new temple of rock designed to last and astound.

Schenker has to be admired for the way he has turned his chaotic lifestyle around, banished his inner demons and visioned himself onto a positive passage and become fully focused on his music. It could be said that Michael Schenker is in a happier and more content place now than he’s even been in his life.

Before the show I was luckily invited along to a ‘Meet and Greet’ with Schenker and his Temple Of Rock which features the solid foundations of Doogie White, Wayne Findlay and the former Scorpions rhythm section of Francis Buchholz and Herman Rarebell.

It was encouraging to see the entire band in such spirited and uplifting mood and take time out to meet the fans who individually had their photo taken with the band as well as been giving a promo photo to get signed and a chance to see the soundcheck as the band ran through a few numbers. 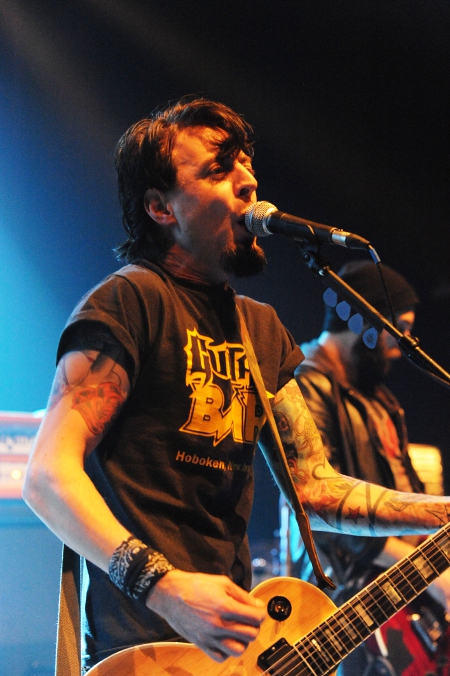 Western Sand followed and they swaggered through a hard rock bluesy set with a Southern edge. Impressive.

The venue erupted into uproar as Wayne Findlay played the opening keyboard intro to the UFO classic ‘Doctor Doctor’ with Schenker with his iconic Dean Flying-V striking into the opening chords sending this party into overdrive. 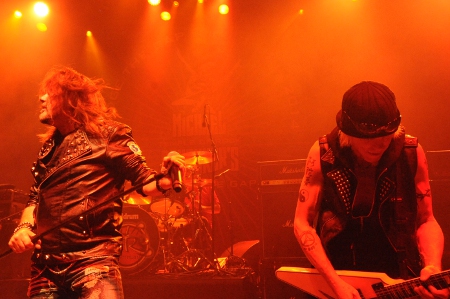 The band that Schenker has assembled suits his style of play perfectly. Whilst none of them are exactly strangers to him, collectively they give plenty of room for Schenker to fluidly manoeuvre to majestic heights whilst the rhythm section of Buchholz and Rarebell are solid and concise.

For Scotsman Doogie White this really was a homecoming gig for him as he has been settled in the capital for many years now. His confident manner saw him commandeer the show with panache.

The set list was perfectly balanced, embracing the old with the new to perfection and it has to be said that the more recent material really stood out, especially the “drinking song” ‘Lord Of The Lost And Lonely’ and the new track ‘Vigilante Man’ from the forthcoming album ‘Spirit On A Mission’. 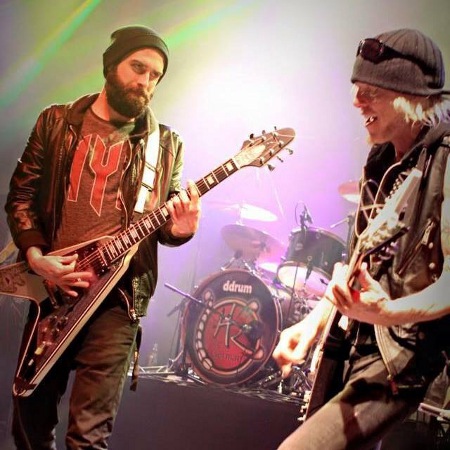 Tyson Schenker guests on the six string for ‘Too Hot To Handle’ leaving his father with a proud beaming smile. A magical moment.

Wayne Findlay gets the chance to shine by taking the lead on the Scorpions classics ‘Rock You Like A Hurricane’ and the frantic pace of ‘Blackout’ songs that included the songwriting credit of Herman Ze German.

Jaws are agape as Michael Schenker delivers yet another masterful solo on ‘Rock Bottom’ where his guitar and fingers go on a mesmerising journey of their own which no one wants to end. Sublime.

A truly magical and wonderful evening of heavy rock at it’s very best. 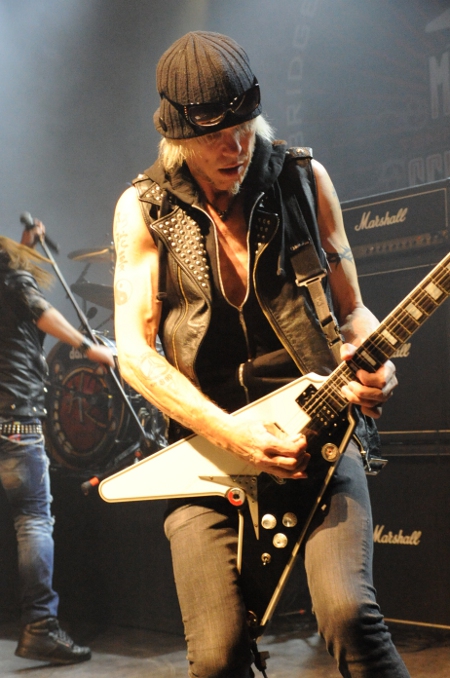 Mark spoke to Michael Schenker last December at length about the then forthcoming ‘Bridge The Gap’ album and the future of Temple Of Rock. Here’s the interview right here…

Photos by Noel Buckley, Photo of Tyson by Pat Casey. 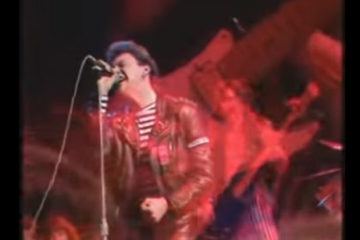