Randy Bachman rounded up a few famous friends for his next album, titled ‘Heavy Blues’. The project, which finds the Bachman Turner Overdrive and Guess Who legend going simply as Bachman, lives up to its title by putting the guitarist back in power trio mode. 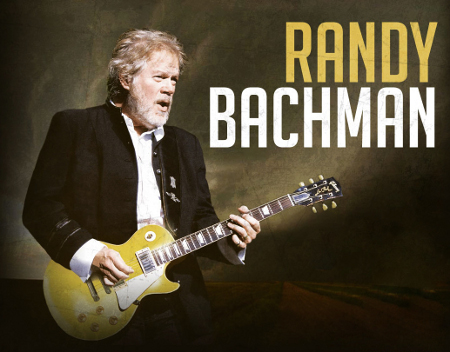 Recorded with a small core combo that includes bassist Anna Ruddick and drummer Dale Anne Brendan, it reflects the band’s “love of classic 60s blues rock” and promises “a blistering sound” as well as “a fierce and fearless collection of Bachman originals.”

In addition to Ruddick and Brendan, Bachman enlisted a group of guest guitarists for the tracks: along with his own signature playing, ‘Heavy Blues’ features solos from Neil Young, Joe Bonamassa and Robert Randolph, as well as a contribution from the late Jeff Healey, who passed away in 2008 at the age of 41.

Unlike many of his projects, Bachman elected not to self-produce ‘Heavy Blues,’ turning instead to well-known rock producer Kevin Shirley.

“I’ve known Kevin for many years and watched his producer credits grow to include many rock legends,” he explained in a press release. “I knew that he could push me past my limit, pull me onto new paths and direct me down new roads. The collaboration, paired with Dale Anne and Anna’s musical ferocity, has made this entire project an amazing experience for me.”

As previously reported, Bachman credits Young with helping push him toward making the leap he took for ‘Heavy Blues,’ recalling a conversation between the two in which Young cajoled him to try something different. “He said, ‘Take some advice. Don’t do the same old crap and call it something new.’ I said, ‘What do you mean?’ He said, ‘Don’t do the same thing and say it’s a new album… Stop, get out of the box, do something fearless, be fierce, be ferocious, reinvent yourself.’ And I go, ‘OK, great advice.'”

Kouzin Bedlam: 'Longing For The Incomplete'