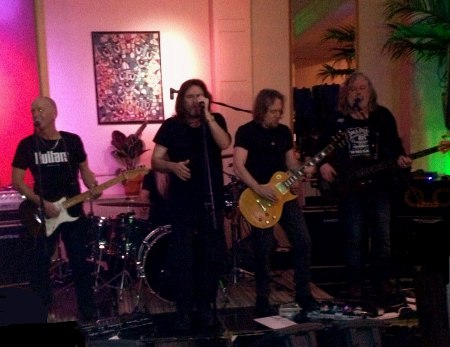 MetalTalk’s first Gig Of The Week for 2015 turned up two major surprises as a great night was had by all in Chiswick, West London.

The Barnstormers have performed low key January gigs in the West London area for the past two decades and feature musicians who may be familiar to readers of MetalTalk and often feature special guests joining them on the night.

The band stormed the Merton Manor barn on Friday night and hit Chiswick on Saturday night (10th January 2015) where an absolutely brilliant set of classic covers was delivered with panache.

‘All Right Now’, including Doogie’s unique introduction of “I used to be a Free fan but I’m all right now”, ‘Sweet Home Alabama’, ‘Sweet Child Of Mine’, ‘Black Night’ with a bit of ‘Long Live Rock n’ Roll’ thrown in for good measure and non hard rock standards like ‘I Heard It Through The Grapevine’, ‘California Dreaming’ and ‘Very Superstitious’ were all included in the set along with many, many more great songs.

Andy Barnett played an absolute blinder on Saturday. Last year he had to retire hurt due to being hit by a stray bottle of vodka and he was replaced by Praying Mantis’ Tino Troy. This year Andy was at his absolute best and it was a pleasure to see/hear.

Dave ‘Bucket’ Colwell, formerly of Bad Company, Samson, ASAP (Adrian Smith And Project) and FM played the whole of the first half of the set and was a welcome addition to the band. If you haven’t seen Dave play, you should add him to your bucket list.

Dave is credited with writing the song ‘Reach Out’, performed by Iron Maiden and used as a b-side on the ‘Wasted Years’ single. He is also credited on seven of the ten tracks featured on Humble Pie’s 2002 ‘Back On Track’ album. 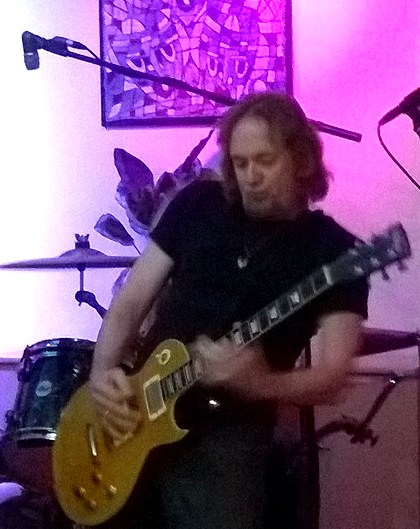 The highlight of the night came when Iron Maiden’s Adrian Smith joined the band onstage and rocked out on a lengthy version of ‘Rocky Mountain Way’ which had the packed John Bull venue in raptures. Here’s some fan shot footage for you.

Back in 1972, a band called Evil Ways were formed by Adrian and Dave Murray and they would go on to become Urchin. Murray left in 1974 to join a fledgling Iron Maiden but rejoined briefly in 1977 before returning to Maiden. Adrian would of course replace Dennis Stratton in Maiden in 1980.

The last known line-up of Urchin features a certain Andy Barnett on guitar and it was great to see him reunited with Adrian on Saturday night.

If you’re in London next January it really would be worth your while to catch this great night. You never know who might show up. Keep your eye on MetalTalk for all the details.

Body Count / Band want you to create their next video