Joe Elliott has never shied away from his love for Mott The Hoople, indeed Def Leppard themselves have covered ‘The Golden Age of Rock ‘n’ Roll’ track on their 2005 covers album, ‘Yeah!’. 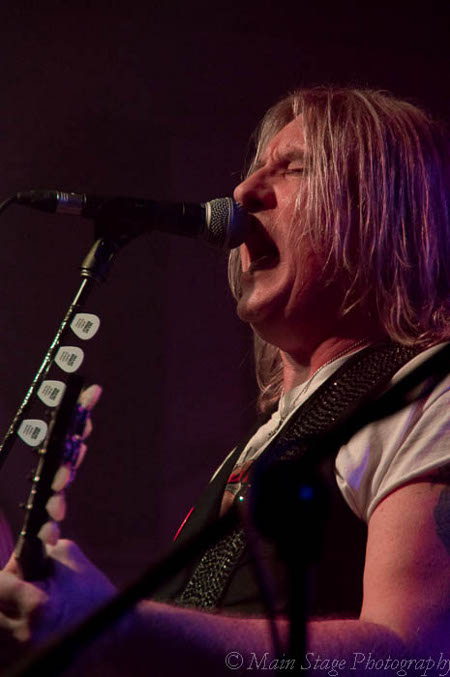 Down ‘N’ Outz were formed by Elliott in 2009 and would initially serve as the opening act to Mott’s final live date of the year at London’s Hammersmith Apollo. Since then the band have opened up for Paul Rodgers on his 2011 UK arena tour as well as recording a couple of albums.

Their latest album, ‘The Further Adventures Of…’, has recently been released and this eight date UK/Irish tour was a rare chance for the fans to see the band up close and personal on what promised to be a fun filled journey.

With the band comprising of guitarists Paul Guerin and Guy Griffin from The Quireboys alongside bass player Share Ross from Vixen, this was never going to be an easy ride for the band when it came to recording and touring. As Elliott himself said, “(the album) was recorded in eight weeks but we’ve had to sit on it for two years” due to the different band members commitments but they are happy to finally be out on tour to promote it. Obviously their patience has paid off as the throng down the front shouted and cheered rendering Elliott temporarily speechless mid-set.

The set was obviously a personal journey for him and it allowed him the freedom to play keyboards and guitar as well as being the consummate frontman. Nursing something of a cold, Elliott’s vocals could sometimes be on the croaky side, but all this is easily forgiven when you see his passion for the material. Trying to bring a greater awareness of Mott The Hoople and Ian Hunter’s work is what this tour and album are all about. Elliot doesn’t need to do this, but he wants to – and that’s the difference. 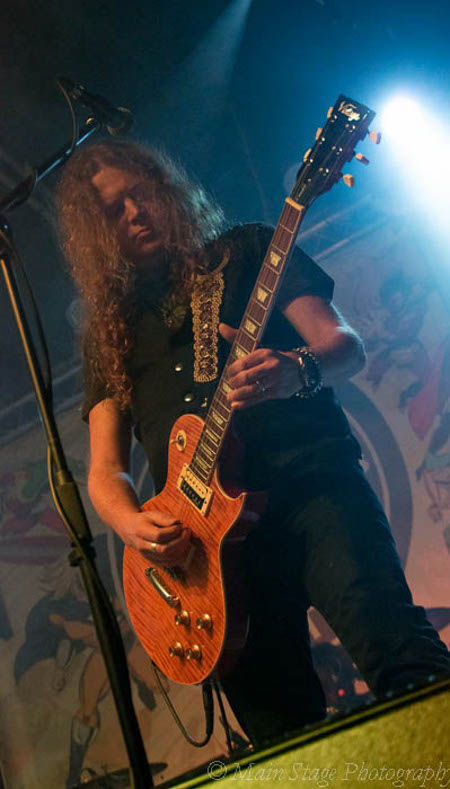 Dubbed the “2014 Boogie Woogie Thrill and Pneumonia Tour” by Elliott, the band rock their way though tracks from Mott The Hoople and its offshoot British Lions. The set opener was the Elton John track ‘Funeral For A Friend/Love Lies Bleeding’ had Elliott sat at the keyboard while guitarist Paul Guerin produced a great solo. As Elliott’s voice finally kicked in, his vocals were so low in the mix that it was really difficult to make out what he was actually singing and it took the soundman quite some time to sort the issue out.

After a slightly bumpy start, it’s up to Elliott to bring the party to life as he straps on his shiny Les Paul guitar and launches into ‘One More Chance to Run’. ‘Rock And Roll Queen’ brought cheers from the crowd of forty somethings – especially a group of hard core Elliott/Def Leppard fans who happily screamed their way through the first half of the show.

There was no let up for drummer Phil Martini as he punched out the beat to ‘Drivin’ Sister’ which had Guerin playing a measured solo midway through as Ross produced some truly rib rattling bass notes. There was a breather for the band and audience during ‘Whizzkid’ before guitarist Guy Griffin took centre stage for ‘Storm’.

The addition of some jangly piano from keyboard player Keith Weir was a welcome addition as he fought to try and clear the immense amount of dry ice pouring from the machine located just above his head. 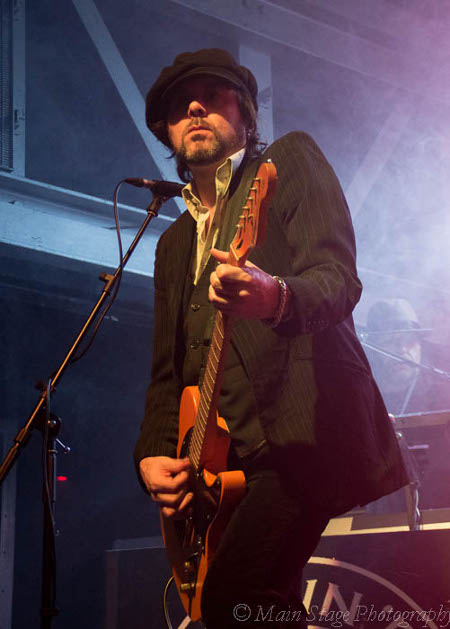 A shout out to Chris Glen and Ted McKenna (bass player and drummer for The Sensational Alex Harvey Band respectively) provided some amusement for Elliott before ‘Overnight Angels’ which slowed the pace once again and it was left to Weir, Ross and Martin to keep up the rhythm whilst all three guitarists took a back seat. It’s a good number though, as a group towards the back of the hall sing along loudly with their pints of lager hoisted in the air.

The dry ice machine operator must have been on overtime as it continues to spew out smoke over Weirs head during ‘One Of The Boys’ as Elliott gave Griffin and Guerin the opening of this song all on their own. Elliott explained that the next song, ‘Sea Diver’, didn’t even make it onto the final album, but the band have recently released a video for it and the track sees him returning to the keyboard for the sensitive rendition of the song. 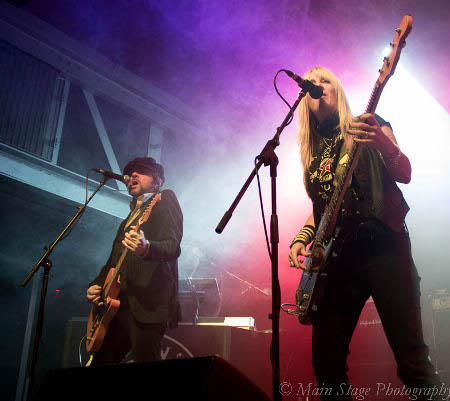 ‘Who Do You Love’ had the intro laid out solidly by Martin and Ross and the audience were in full voice as Elliott returns to centre stage. ‘Cash Street Kidds’ was another song that Elliott performed with glee and a few down the front of the audience shared his enjoyment and the song is preformed with gusto by the rest of the band before they fired straight into ‘Violence’ as Elliot triumphantly punched the air. At this point the band were joined by violinist Sinead Madden who played off Guerins guitar riffs as they laughed their way through the rest of the song.

Very aware of the early curfew at the venue, the band briefly disappeared off stage before they returned to loud applause. As Elliott explained, they just had a straw poll whether or not to play the next song or not and the general consensus was a yes although he advises that “for one night only, it will be ‘Glasgow Rocks’, okay?” which gets a roar of approval from the audience.

It’s a great end to a great night, but then with the calibre of musicians assembled on stage, would you expect anything different? 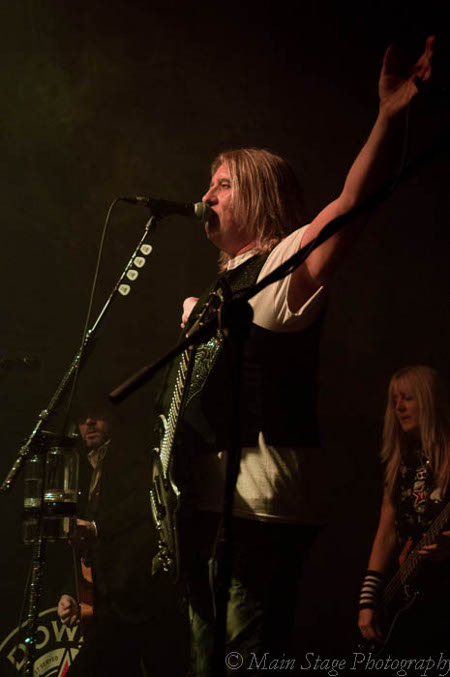 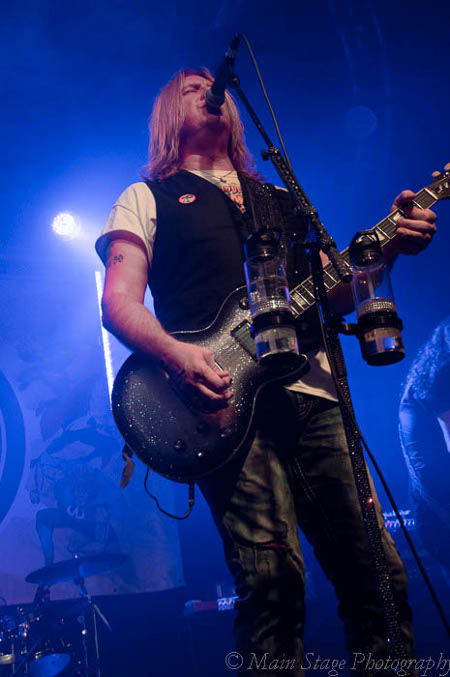 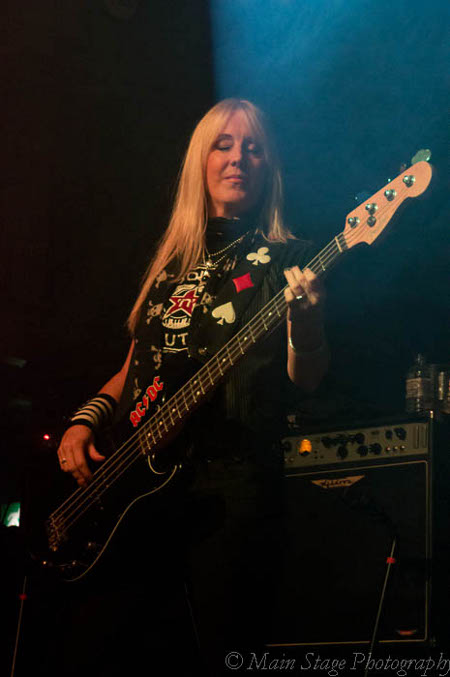 I hadn’t heard of the support band Vega before this gig, but with three albums released in the past five years, they were certainly a familiar name to some of those who turned up early. Crashing straight into ‘Kiss Of Life’ which was a bit keyboard heavy for me if I’m honest, but vocalist Nick Workman manages to elicit a good response from the audience.

With their new album, ‘Stereo Messiah’ released only ten weeks ago, the band performed good selection of tracks from it. ‘Wherever We Are’ is a mid-paced number but still managed to give drummer Dan Chantrey a good workout at the back. Overall, though, it’s a good number that keeps on building up to its crescendo thanks to guitarist Marcus Thurston. ‘All Or Nothing’ on the other hand is a faster paced song which had the audience nodding and clapping along. 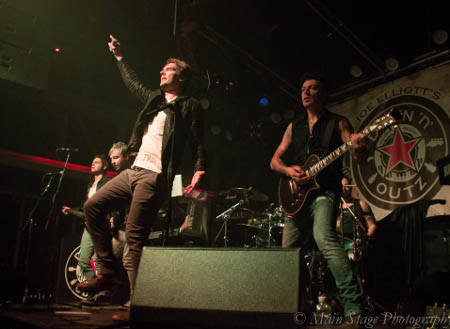 Another new song for Vega, was a rendition of the Def Leppard song ’10 X Bigger Than Love’ (which was a bonus track on the bands 2002 ‘X’ album). The Vega version is another keyboard heavy effort but it cracks along at a fair pace whilst Thurston steals the limelight with a great solo whilst Workman does his very best vocal performance of the set.

The rest of the set was made up of older tracks including some from their second album, ‘What The Hell’ which was released in 2013. ‘White Knuckle Ride’, had those down the front nodding along while bass player Tom Martin threw some shapes in between helping out with some backing vocals as Workman tried his best to get the audience to sing along with some success it has to be said. 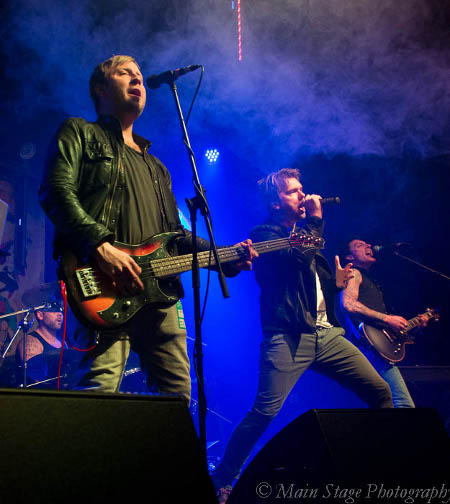 The track ‘What The Hell’ itself has Chantrey showing what he can really do as his solid drum beat takes centre stage whilst Thurston showed his skills again with some great riffing as Workman gave the audience a solid vocal performance making this a real highlight of their short set.

The band closed off with ‘Hands In The Air’ which got a great response from the audience at the appropriate moment, and it’s clear that the band have certainly made some new fans tonight. This is a band who know how to write good catchy anthems, and the Workmans relentless enthusiasm made a dark and rainy night in Glasgow all the more bareable. 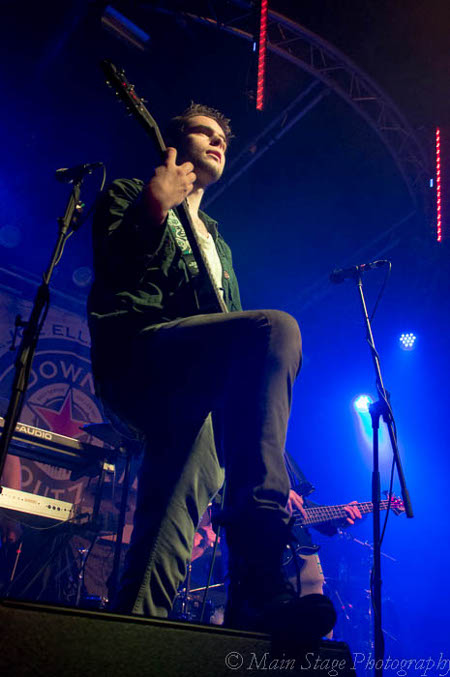 Vega Set List:
Kiss of Life
The Wild, The Weird, The Wonderful
What The Hell
Gonna Need Some Love Tonight
Wherever We Are
10 X Bigger Than Love
White Knuckle Ride
All Or Nothing
Hands In The Air