Seatbelts on! THE NIGHT FLIGHT ORCHESTRA have released their new album ‘Aeromantic’ via Nuclear Blast records today. ‘Aeromantic’ is their fifth album to date, following up from the excellent ‘Sometimes The World Ain’t Enough’ and there is certainly some excitement at MetalTalk for this new release.

Guitarist David Andersson stated “this is probably our most diverse and complete album so far, and we’ve taken everything a bit further on this one, in every sense of the word. If you liked us before, you’ll love us now, because there is more drama, more catchy choruses, more sultry grooves, more bombastic power guitars, over the top vocal performances new wave flirtations, power ballads and violin solos.”

To mark this occasion, the Swedish classic rock heroes have released a new music video for their latest single ‘Taurus’. Check out the video below. The Night Flight Orchestra play Islington Assembly Hall Friday 6th March.

The band, from Las Vegas, have amassed over three billion streams to date, over two billion video views and are the third biggest artist in the hard rock space measured by total consumption (digital sales added to digital streams converted to sales) – surpassed only by Metallica and AC/DC. Check out the track ‘Inside Out’, from ‘F8’.

The album is a cracker, blending classic rock with some punk fuzz and it certainly is a fun album. The new video of the song ‘Gossips’ is out too.

Finnish melodic hard rockers ONE DESIRE have announced their second album ‘Midnight Empire’ will be released 10th April. Having toured previously with Eclipse and H.E.A.T, as well as a number of festival dates, ONE DESIRE find themselves back on the road again supporting The Night Flight Orchestra.

Ahead of the album release, the single ‘After You’re Gone’ has been released. See you in Islington next Friday. 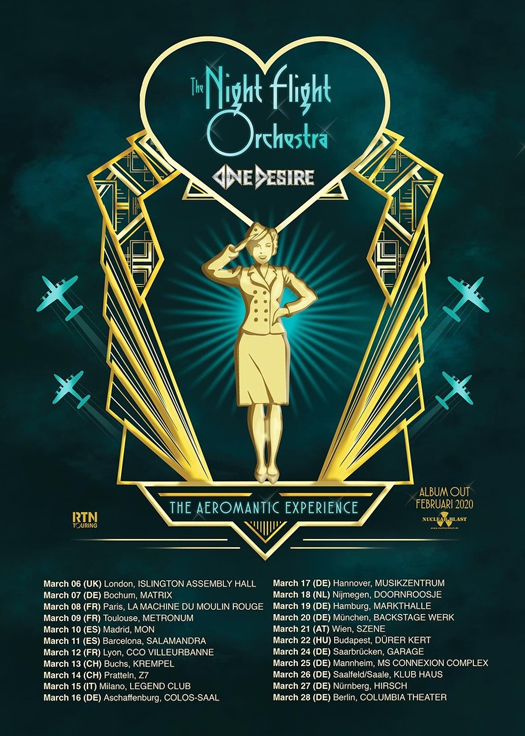 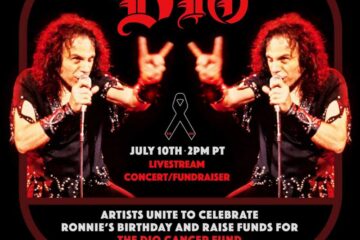