Tonight the O2 Academy Islington plays host to a night of glorious power metal from a new generation of players set to inject some much needed fire into the genre.

The evening starts with opening act Seven Sisters , a young and hungry London four piece metal band with a distinctly old school sound. While they may look and sound like Metallica circa ‘Kill Em All’ , their riffs and rhythms are varied enough to keep things interesting and the band goes over well with the crowd tonight. 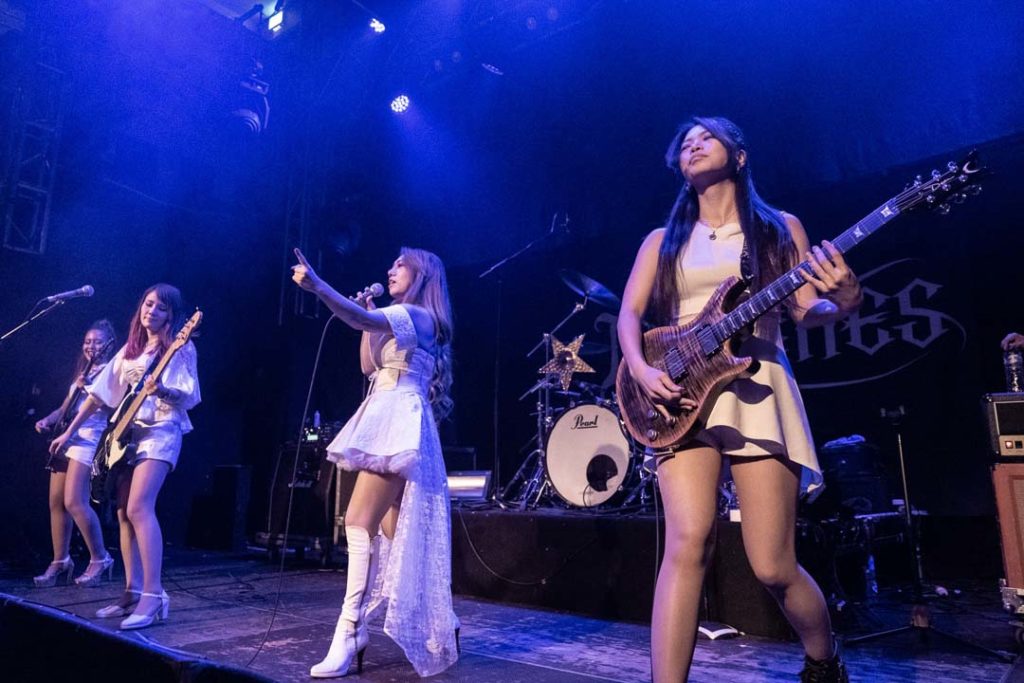 It seems like the work of Japanese Rock and Metal is entering some new kind of golden age with the ladies leading the way. LoveBites are one of the youngest and most promising bands in this new wave. Playing before an almost full venue you can see why. As the five-piece band, all dressed in white, tear into ‘Don’t Bite The Dust’, its clear to see they are the real deal.

“We want to play you some thrash!” Singer Asami announces gleefully before ‘Break The Wall’. The twin guitars of Midori and Miyako are a sight to see and indeed hear – The speed-demon pace breaks briefly for a beautiful melodic power-metal solo before the heavy riffs take over again.

While their sound is pleasingly similar to Testament or Megadeth these ladies play with such speed and power that it would put almost any young thrash band to shame. 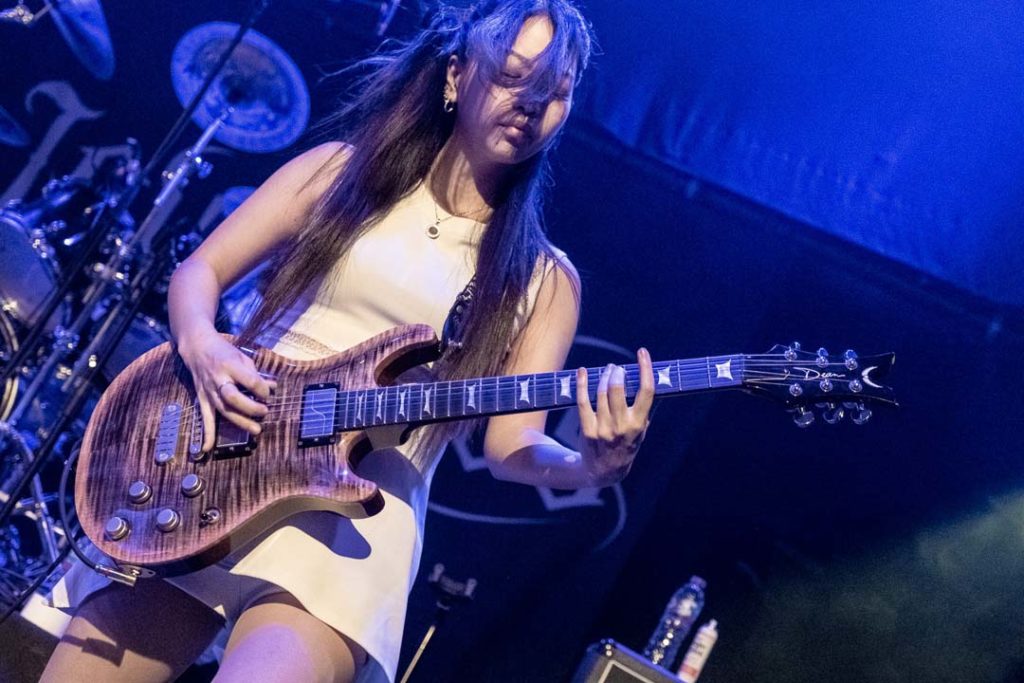 ‘Shadowmaker’ is simply superb power metal that features the style dueling guitar wizardry that X Japan used to do so well. ‘Above The Black Sea’ starts with a melodic solo guitar leads into the type of epic speed metal that wouldn’t sound out of place on Arch Enemy’s last album.

LoveBites have created an epic metal roller coaster of a sound , full of twists, turns and sheer break neck plunges into shredding speed and its an exhilarating ride. Next the band play the live debut of new song ‘Rising’ off their forthcoming JPU records album ‘Clockwork Immortality’. 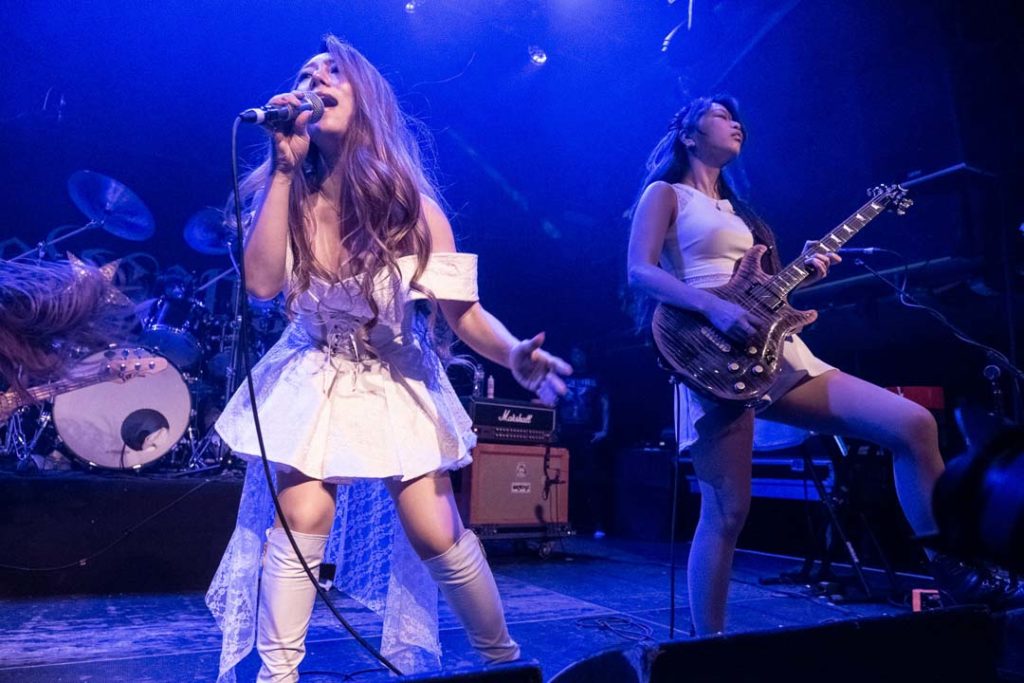 It’s truly phenomenal that LoveBites play power and thrash metal with their own distinctive twist and its been a long time since either genre has sounded this fresh and vital. The encore starts with the piano and soaring guitar melodies of ‘Edge of the World’ before picking up speed for the final run though of ‘Bravehearted’.

LoveBite’s entire set lasts one hour and fifteen minutes including the encore but tonight this short and sweet gig has just left the crowd hungry for more, just the way it should be. 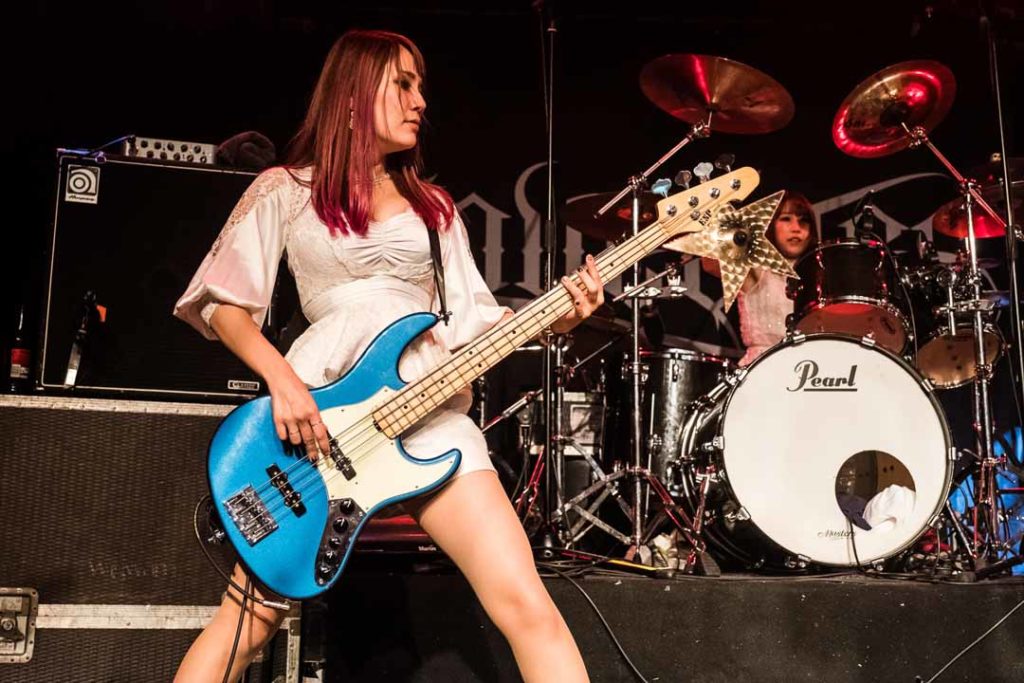