When you have an act with a pedigree of the likes of Korn and Breaking Benjamin and when you have already proven your value in the market with a gem as shiny as their latest album ‘Between Here And Lost’, it seems hard to deviate from pre-conceived expectations.

Nearly eight years have passed since Love And Death have come together to make studio magic and one could not be more thrilled.

Friday 12 February 2021, not only marked the end of the long wait, a new milestone for this band that finally sees the birth into the world of months of hard work with their official new album release, but it also saw the foursome back on the stage after such a long hiatus for their first audience-less (due to COVID-19 regulation constraints) preview livestream.

The name of the game here is certainly a perfect juxtaposition of melody loaded with catchy choruses and dreamy and atmospheric soundscapes, teamed with the unleashing of Welch’s signature brutality, and all beautifully rounded up by a barrage of contemporary Heavy Metal riffing.

In an upcoming interview with L&D’s guitarist J.R. Bareis for MetalTalk TV, it seems that Brian Welch’s thought process behind the writing of this record was to intentionally explore the more melodic aspect, while leaving the heavy duty to new Korn productions, nonetheless uncompromising its true core. 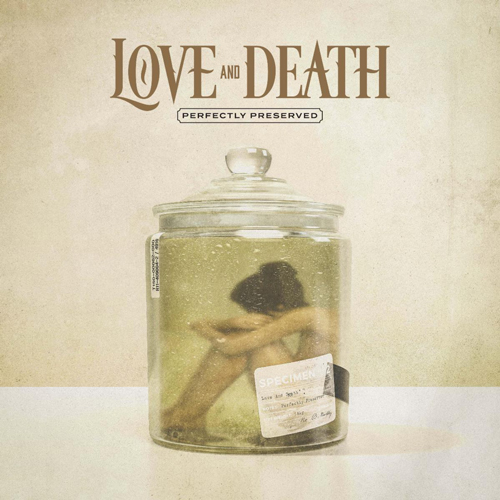 With an ever so captivating album cover, which portrays a frail woman kept in a labelled jar, hence ‘Perfectly Preserved’, this record is most definitely a grower.

It will have you kind of cautious at first, yet soon it will latch onto your soul so viscerally, that it will hook you like an addict on cold turkey begging for more.

Worth of note is also the meticulous work gone into the production, where you can clearly hear the utmost detailing from the very intro, the uplifting ‘Infamy’.

The big official opener is ‘Tragedy’, a song bursting through with all of its majestic prowess. It is big, heavy, dark, loaded with chilling growls and phat, downtuned riffs on the breakdowns and it evokes that ever so familiar sound of early 2000.

‘Down’ then follows as this catchy, stylish and anthemic number and you could not possibly have it any other way, than making it the obvious single. It was, in fact, released as such in the latter part of 2020.

‘Let Me Love You’ may be an attempt to break through the mainstream, considering that this is a cover of a Dance number by DJ Snake feat. Justin Bieber, however it certainly is a far cry from its original commercial counterpart. To add to the already heavier and far more obscure version, guest vocalist Lacey Strum, never disappointing and true to form, unleashes chilling ad libs that will throw shivers down your spine.

‘Death Of Us’ and ‘Lo Lamento’ (which has been carried forward from Welch’s solo project in 2016), are nothing short of epic, while ‘Slow Fire’ is a slow, relentless number with a peculiar hook sounding like the eery litany of a horror movie soundtrack.

‘The Hunter’ (feat. Keith Wallen of Breaking Benjamin) breaks into incredibly mesmerising choruses, where Keith wails through the words “have we lost our identity somehow, why are we waiting for something to change, make your escape”, however ‘Affliction’ certainly stands as one of the tallest.

Of the track ‘The Hunter’, Welch told MetalTalk: “We have been very fortunate to have such a professional team around this project to help us put out such quality content with our latest release. Our newest track ‘The Hunter’ feat. Keith Wallen is no exception.

“Naro Studios along with Soft Surrogate really helped get our message across in ‘The Hunter’, regarding the many different crises that our society in America has been facing as of late. It truly is a work of art.”

Offering a see-saw of tension and release, killer chugs, plenty of percussive barrage and epic screamo vocals on the choruses in perfect tandem with melodic verses, ‘Affliction’ beautifully climaxes into the sheer brutality of the breakdown.

The closing number is ‘White Flag’ (feat. Ryan Hayes of Righteous Vendetta) and it also marks the latest released single.

‘Perfectly Preserved’ is an emotional album covering topics of loss, heartbreak, pain and desperation. It is the safe space that Welch sought in order to give way to expressing such human emotions and simply one’s not always enlightened path.

This is ultimately the very driving force behind the forming of the band in the first place, as a more introspective and spiritually charged outlet.

We believe that, once again, Welch and Co. did not disappoint and we were most certainly looking forward to the recent livestream. Were you? 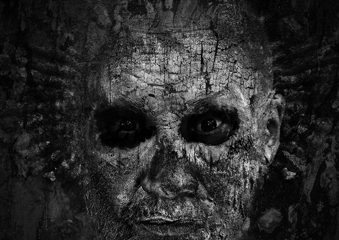