No arguments about the title of Cheap Trick’s just-released new album ‘We’re All Alright!’ after this performance – the Illinois quartet are more than all right, they are in extraordinarily good shape.

UK rockers Stone Broken opened the show, cementing their progress over the past twelve months, looking completely at home on a large stage and holding attention well. The new song, ‘Doesn’t Matter’, was one of the best in the set. Everything seems to be going in the right in the right direction for the Midlanders.

The roar of applause that greeted Cheap Trick as they entered the Forum stage for the London stop on their brief three date UK sojourn showed just how much affection there is for the band, and thankfully there’s no trading on past glories as the goods were well and truly delivered.

It’s so rare for them to come to the UK these days that the titles of the opening tracks, ‘Hello There’ and ‘Long Time Coming’, doubled up perfectly as a conversation between audience and band. 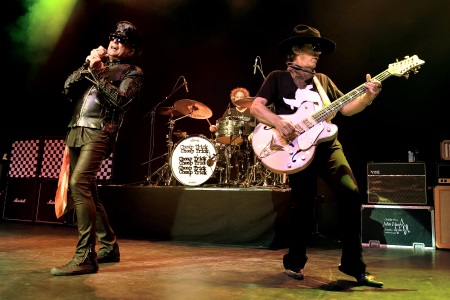 Keeping up the practise of changing setlists every time, tonight we were treated to full on quirky garage-rock mode pitched just right in terms of confidence and swagger – plenty of both and stopping well short of being a parody of themselves.

Robin Zander’s vocals were strong and he left the frontman duties to Rick Nielsen, who was on good chatty form. The rhythm section of bassist Tom Petersson and drummer Daxx Nielsen – who has gelled beautifully into the line-up following Bun E Carlos’ departure – were equal stars with the guitarists in a fantastic package of the classic Cheap Trick sound. 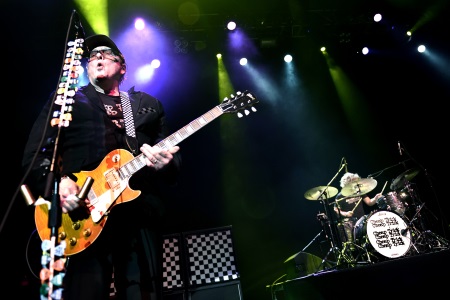 And what a sound it is – solid rock’n’roll as a base with bucketfuls of personality on the top. The homage to other great acts is there, not just from the covers (and ‘California Man’ is still better than the original) but more Beatles references that you can shake a stick at; ‘Baby Loves to Rock’ which manages to sneak in a near-intact Kate Bush lyric, and a journey through the history of rock while their own identity remains intact. There’s nothing cheap about that trick.

New song ‘You Got It Going On’ fitted in well and was charmingly introduced by Rick with an apology for being obliged to include unknown material. He was in great humour all night, and could have a second career as a pantomime dame if he wanted, given the way he still hurls handfuls of guitar picks into the crowd, a move which never grows old.

Talking of his signature moves, the non-appearance of the ridiculous but iconic five-necked guitar was the only reason to feel disappointed tonight, but the double-necked Uncle Dick softened the blow slightly. 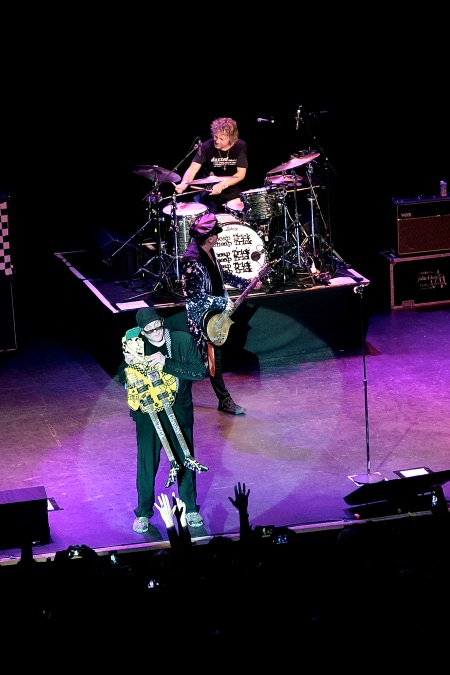 Thankfully there was no cliched drum solo – instead we were treated to a quality bass solo from Petersson before he took over the lead vocals for a stunning rendition of ‘Waiting For The Man’, before handing the reins back to Zander for another dose of those classic tones.

The big hits, ‘I Want You To Want Me’, ‘Dream Police’ and ‘Surrender’, appeared at the close of the main set and the start of the encore before the final duo of ‘Auf Wiedersehen’ and ‘Goodnight’ pleasingly bookended the setlist with another literal theme. 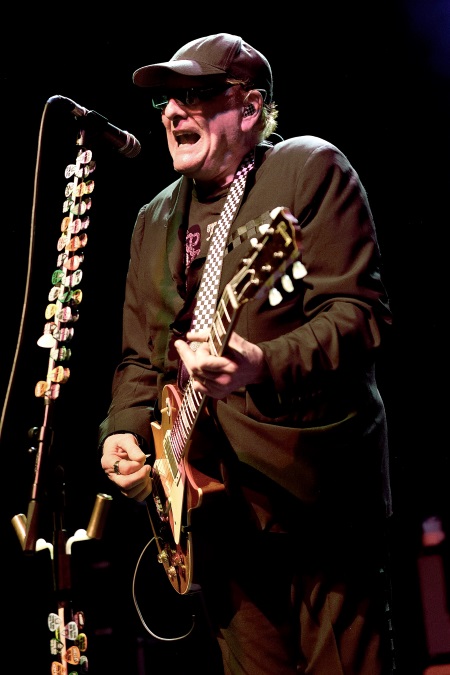 There had been torrential rain all day in London after a rare week of hot sunshine. It’s possible that Tom Petersson could have been the only person in town happy about the dramatic change in the weather as speaking to Whitney Ribbins of Total Rock the previous day, he was extolling the virtues of bad weather after enduring constant LA sunshine for over ten years. It’s a great interview – check it out here:

The rain was of no consequence in the end as Cheap Trick ensured that we left with a warm glow and no dampening of spirit. Come back soon, guys. 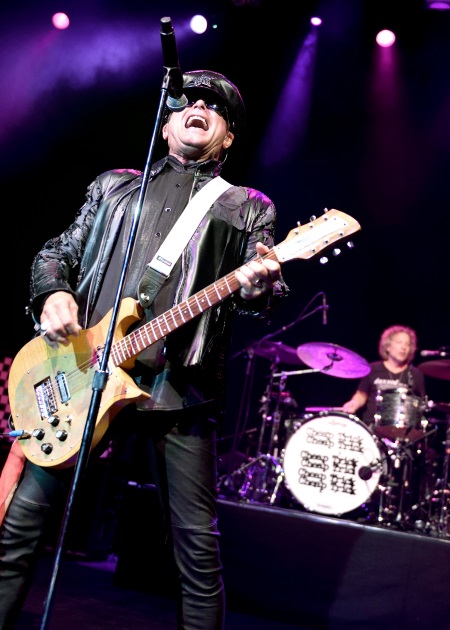 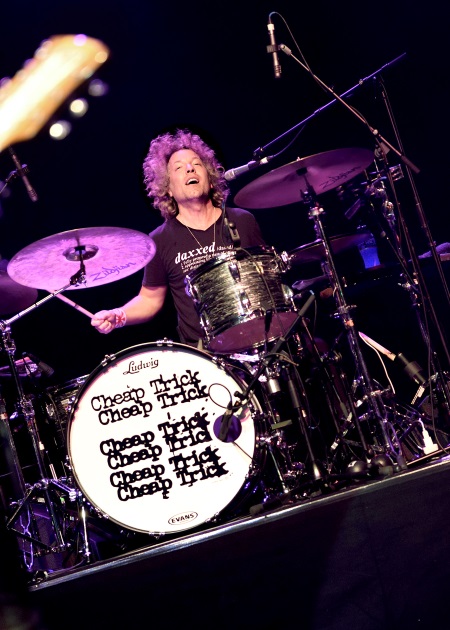 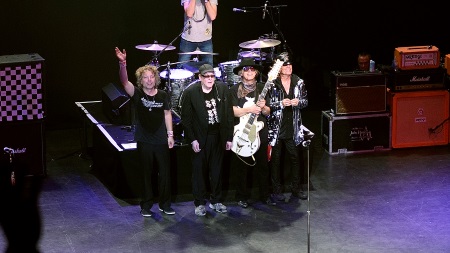