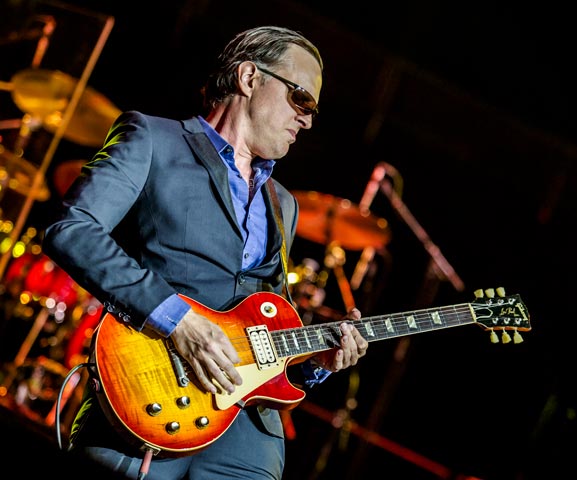 Now at the absolute summit of the titular Blues Rock mountain, Joe Bonamassa has taken the opportunity to remind his fans where it all began, and what better way to do that than to remix and re-releases his debut album, ‘A New Day Yesterday’, on the occasion of its 20th anniversary.

Bonamassa recently explained the reasons for re-recording the vocals and remixing the album, saying: “The reason we went back and remixed it and re-sang it, and pulled from the original masters, was because I never felt like I deserved a guy like Tom Dowd to produce my first album”.

Split evenly between covers and original compositions, it is a huge pleasure to rediscover this first album.

This remix also serves as an often fascinating reminder of how far Bonamassa has developed as a musician since his debut. Before the backing singers and the horn section, it was a matter of straight up, diamond edged Blues-Rock riffs. 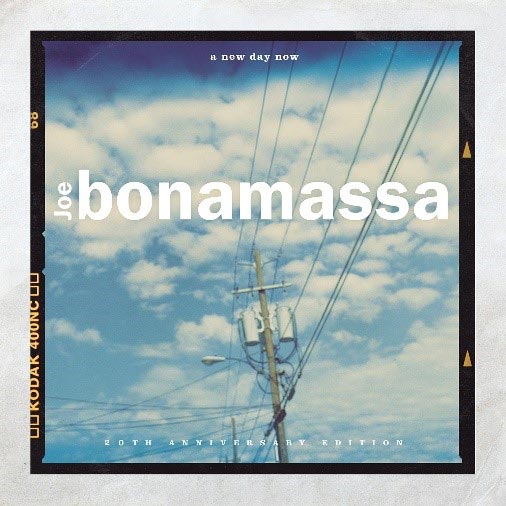 The title track in particular has benefited from a new coat of paint, with soaring vocals and a guitar outro, with playing which sounds far closer to John Sykes than to BB King. At the same time, original songs like ‘Miss You, Hate You’ sound surprisingly more naive and tuned for radio than you might remember.

It’s worth remembering that the young guitar prodigy was not always the seasoned band leader and songwriter that we know and love today. However, even as a very young man, Bonamassa could still play up a storm with his fiery solos still present and accounted for.

The funky Al Cooper number ‘Nuthin’ I Wouldn’t Do (For A Woman Like You) is reborn here as a fine upbeat rocker with Rick Derringer trading vocal duties and solos with Bonamassa.

However, it is the moody, gorgeous, mid-tempo Warren Haynes number ‘If Heartaches Were Nickels’ that shows, more than any other track here, in which direction Bonamassa would be developing his own sound.

Now after 20 years on the road, Bonamassa’s voice has matured and mellowed with a depth that goes to the very core of the Blues.

Original composition ‘Current Situation’ is an enjoyable, if predictable blues shuffle, with a fine and funky bassline.

The Original album ends with Joe’s searing version of Albert King’s ‘Don’t Burn Down That Bridge’. With some slight tweaks, it wouldn’t be hard to imagine Bonamassa recording the song today.

As an added bonus, this new 20th anniversary edition also includes three extremely early demos that Bonamassa recorded with Stevie Van Zandt producing. They sound largely what you would expect from a teenager raised on Free and Led Zeppelin, but they are very enjoyable, if slightly forgettable.

As a trip down memory lane, ‘A New Day Today’ is hugely enjoyable. As the first stepping stone of a true contemporary blues legend, it is superb.

However, it would not be an overstatement to say that this new 20th anniversary version of the album has made the original mix obsolete.