Heat Wave, the band’s fourth album smashes you in the face with its pure distilled Rock ‘n’ Roll. Often when talking about this genre of music, people mention the music having “balls of rock” or similar – there are no balls here, but they wipe the floor with most other bands.

In fact, perhaps the way to find that “turn it up to 11” factor requires balls to just be replaced by even more ROCK!?

And this album does it all. The guitar sounds on fire, the vocals scorch over the top, and the whole band are just sizzling with energy.

If you’re wondering what Thundermother sound like, then imagine a cocktail of AC/DC, Baby Animals and Rose Tattoo: soulful female lyrics, backed up by fiery guitar riffs.

There are plenty of bands who want to sound like these names and although many sound ok, only very few actually sound amazing, or manage to put their own flavour on the genre – Thundermother manage this perfectly. No doubt partly this is down to a change in line-up over the years, to find the current formula.

You have Nässil’s electric guitar, which has a crunch and groove to it – totally irresistible to want more of; combined with Mancini’s powerful Rock/Soul vocals over the top. Add to it the bedrock of Johansson’s drums and Lindberg’s bass and you have one hell of a line-up. 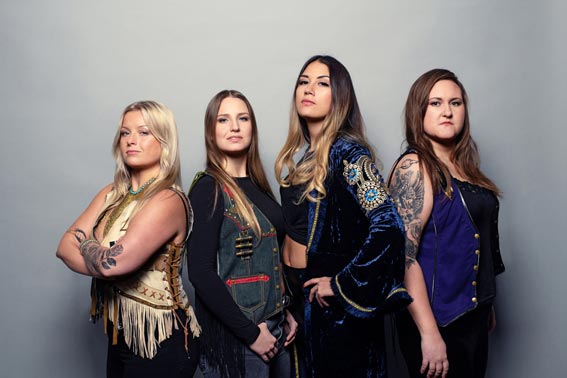 This is arguably their best album to date, perhaps with the clearly good relationship with producer Anderson who has added the icing to this tasty rock-cake of an album. As he himself professes, it was a “match made in heaven”.

The record kicks off with a drum fill straight into ‘Loud and Alive’, a stomping Rock ‘n’ Roll song, with crunchy riffs, fiery licks, and a chorus you would just love to sing along with at a live concert.

The Second song, ‘Dog from Hell’ continues with excellent balance between groove, Soul and pure Rock. Then we hit some nostalgia with ‘Back in 76’, with references to TNT and purple haze, a nice tribute to some of their influences.

The album keeps blasting out the hits, with ‘Free Ourselves’ a cracking song in the true spirit of Rock ‘n’ Roll outlaws.

If there is one weaker song, then perhaps the unexpected ‘Sleep’ halfway through the album. It is unusual to have a break-up ballad halfway through such a strutting Rock album. This song is nicely written and recorded, but I’m unsure it puts them above the main stream in the way their other tunes clearly do.

The more interesting deviation from the norm is the groovy ‘Mexico’ number which features some Spanish vocals, adding a fiery zest to the song.

If you’re a fan of AC/DC, Motorhead, Baby Animals, Rose Tattoo, Airbourne etc, then you will love this album guaranteed.

It is built upon decades of great Rock ‘n’ Roll, recorded with a great modern rock sound.

This album has it all!

Get your favourite drink, speakers turned up, sit in the sun and enjoy the Heat Wave!

As the band tell us: “Be ready, Thundermother will come over you like a sound Heat Wave! We sweep you away with our sound energy. And our goal is nothing less than Rock ‘n’ Roll World Domination!”

1. THE FINE ART OF BEING IN THE RIGHT PLACE AT THE RIGHT TIME 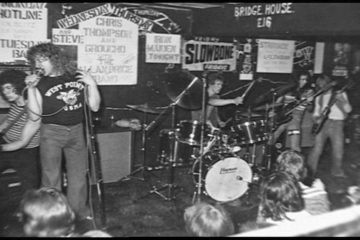