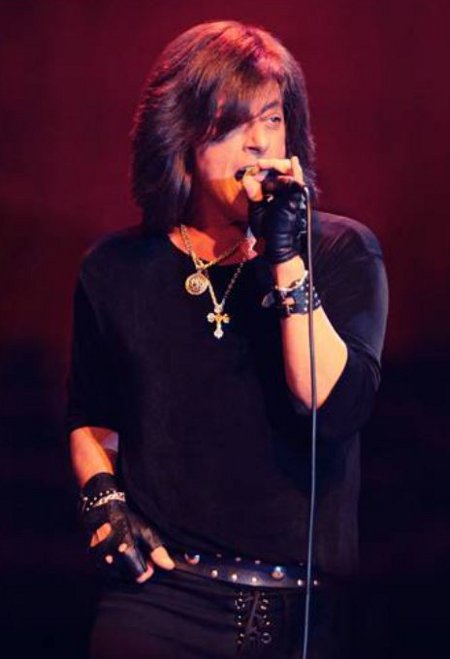 Former Rainbow and Deep Purple frontman Joe Lynn Turner has taken aim at Ritchie Blackmore for putting out a sub-standard version of Rainbow and consequently disrespecting the fans.

Speaking to Australia’s Illawarra Mercury newspaper from his home just outside New York City just before his first trip to Australia “in years” as part of the ‘Legend Voices Of Rock’ tour, Joe, 65, delivered some harsh words for former bandmate Blackmore.

“I had worked with Ritchie’s manager for over a year trying to put something together that was authentic,” he said.

“When I say authentic, I mean authentic line-up, regardless of who was still around, who wasn’t.

“We were going to have people that actually were in Rainbow… and they just pulled out at the last minute really and put this thing together.”

Joe said this was “not so disappointing as it was shocking.

“Why would anyone of his iconic nature want to come out and not be as good as he can be?

“Because obviously the reviews haven’t been that good. And that’s not for me to say – that’s what people are saying. It’s obvious that it’s just not living up to snuff.

“So it’s a shame that they didn’t see the vision that they should have put an authentic Rainbow together, because all the fans feel disrespected in a way.

“They were hoping that they would get a chance to see at least some cast of Rainbow members, all in one place, all at one time. And that just didn’t happen.”

The ‘Legend Voices Of Rock’ tour will feature Joe touring alongside ex-Toto singer Bobby Kimball and Mark Gable of the Choirboys with each of the vocalists performing chart-topping hits from their respective careers.

Joe said performing material from Rainbow and Deep Purple, including songs he didn’t originally appear on, was integral to giving fans what they wanted.

“Everybody said, ‘look, you sang for both bands, so can we kind of split the set about 50/50, and take care of the people who like the Rainbow stuff and the Deep Purple stuff?

“When I was with the bands, they were pretty lenient; at the same time they said, ‘please just respect the original, and then make it your own’.

“I don’t like to go too off the mark, out of respect for the writers and the people that are listening to the song.

“The point is to give a very sincere rendition of the song, and that’s what you have to do.”

Previous article
Cheap Trick Most Definitely All Alright At The Forum
Next article
Gibson / $59,000 reward offered for missing 1959/60 shipping ledgers