I’ve seen Kiss a lot before. I’ve seen different line-ups, in and out of make-up. Over the years I’ve seen them in everything from clubs to stadiums, the Marquee to Madison Square Garden. Some gigs have been better than others but tonight Kiss truly went out on a high.

From the opening of ‘Detroit Rock City’ when they descended from high rafters to the end of ‘Rock & Rock All Nite’ they filled the 02 Arena with more pyro than it had ever seen before. Kiss truly outstripped themselves. We wanted the best, and really we got it. 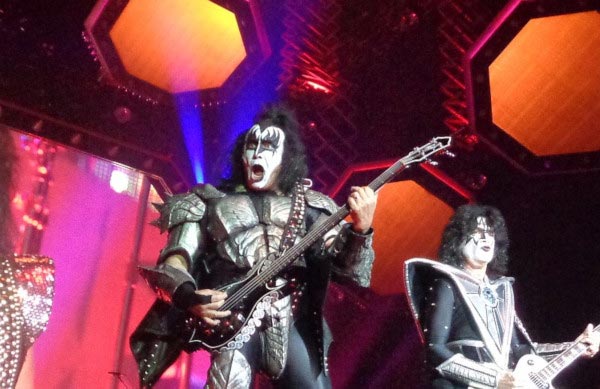 It was the full-on Kiss extravaganza with everything that entails. There were no great surprises in the setlist, no exclusive new songs but what do you want for a farewell tour? Of course we got all the hits; ‘Crazy Nights’, ‘I Was Made For Loving You’, ‘Heaven’s On Fire’, and we got all the classics; ‘Lick It Up’, ‘I Love It Loud’, ‘Love Gun’ and all the set pieces; Gene breathing fire and dribbling blood, Paul flying over the crowd and Tommy firing rockets.

All four of them were up and down more often than a whore’s drawers on various risers, zip wires, cherry pickers and parts of the lighting rig. We even got Eric Singer rising up out of the floor miming piano on ‘Beth’ as a new surprise set-piece. There’s never a dull moment at a Kiss concert. 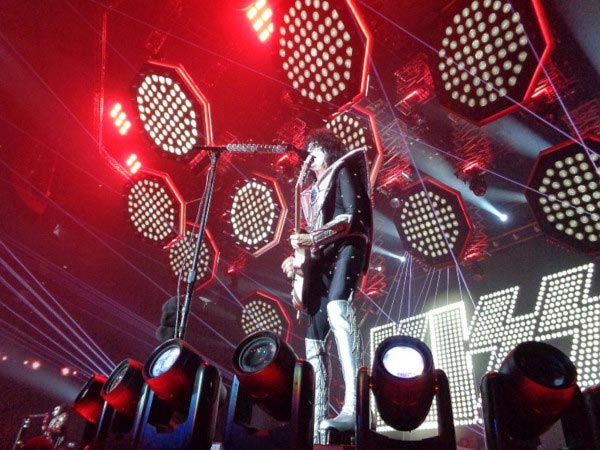 This time Kiss had clearly aimed higher than ever before. They aimed to beat anything they’d done before. Even more pyro than ever. Louder, hotter, scarier.

Musically, they sounded great. They certainly looked great. The make-up might hide a few wrinkles but Paul Stanley still has the physique of an athlete and commands the audience like the truly great frontman that he is. There are not many out there who have spent the best part of half a century honing their craft yet it’s impossible to believe that he’s now due a free bus pass. 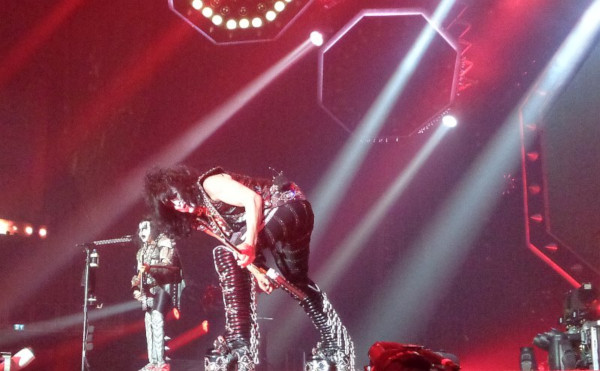 Throughout the two hour set, Gene stalked the stage, flicking his tongue at the girls, driving the bass and then riding ten metres up in the air to sing his trademark anthem, ‘God Of Thunder’. This man is seventy years old next year, yet he puts the sweaty youngsters of today to shame with his dedication to showmanship.

I didn’t get the feeling that they need to give up just yet and of course that’s probably the wise time to call a halt to the tours. Quit while you’re ahead they say, and this just what Kiss are doing. They’re going out at the top of their game. 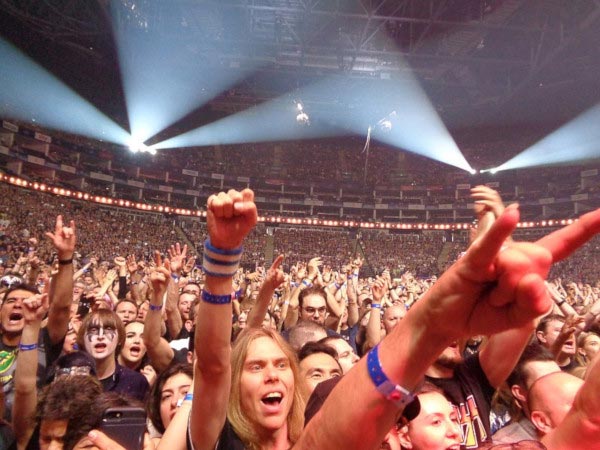 As ‘Rock & Roll All Nite’ drew to a close and the pyro and confetti went into further overdrive, I must admit I shed a little tear. I wasn’t the only one.

This really is the end, isn’t it? They may do the odd one-off appearance at Vegas or on the exorbitantly priced Kiss Kruise but we’ll probably never see another Kiss tour again, or any rock’n’roll show to surpass it. What has been a great ride for me and all the Kiss Army for all our lives is finally winding down. It’s the end of an era but a triumphant end at that.

Actually, no make that nine out of ten.

There was a downside to the event.

The opening act was a painter. He pranced around to some music and painted a few rock portraits, including Kiss, quite well. Not great or anything but quite well. 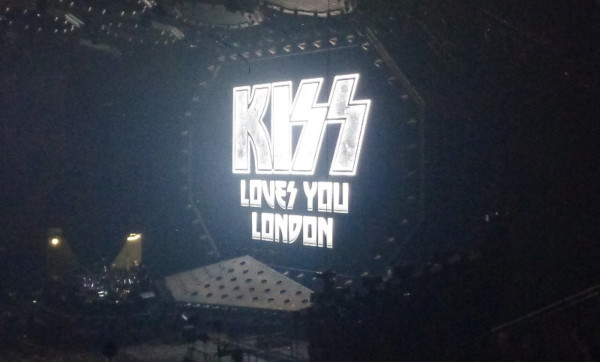 And if your seating is to the left or right of the stage, watching a painter from the side when you can’t even see what he’s painting is never going to be prioritised over the bar for very long. 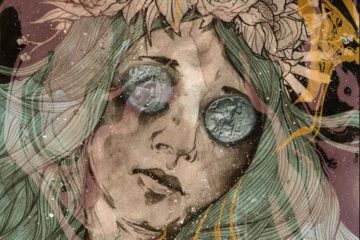