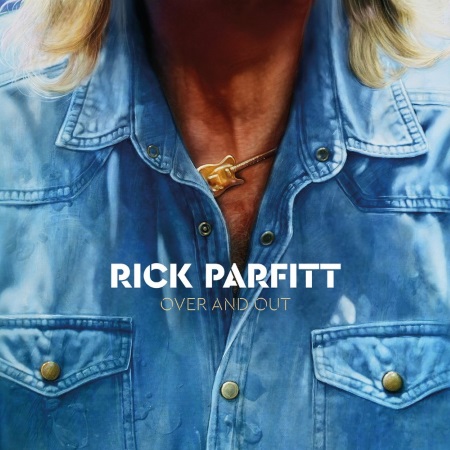 On Saturday 21st July 1984 at Milton Keynes Bowl, Status Quo performed the last show of their ‘End of the Road Tour’ in front of 40,000 fans. Although many thought this was the end of the band frontman Francis Rossi stated at the time, “Everybody seems to think we’re splitting up – we are not splitting up, will be a band as normal” alluding to the fact that, like The Beatles nearly twenty years before, Quo would still record but would no longer tour.

A year later, almost to the day, Quo performed on stage again – this time in front of 72,000 people packed inside Wembley Stadium and a worldwide television audience of millions as the opening act for Live Aid. Barely twenty minutes later, the band left the stage and no-one was quite sure what was going to happen next.

Later that year, with no Quo activity on the horizon, guitarist Rick Parfitt began work on his debut solo album which would eventually be titled ‘Recorded Delivery’, employing the future Quo rhythm section of bass player John “Rhino” Edwards and drummer Jeff Rich.

Due to unknown factors, however, the album was never officially released, and the tapes are still languishing in a record company vault somewhere, although some of the tracks were reworked and re-recorded by Quo, eventually being released as b-sides to singles between 1986 and 1988.

Woking-born Rick still remained a key member of Quo for the next thirty years writing latter day tracks like ‘Ain’t Complaining’, ‘Little White Lies’ and ‘It’s Christmas Time’ but he didn’t seem to be able to replicate the writing success he had during the Seventies when he penned such classics as ‘Whatever You Want’, ‘Mystery Song’, ‘Living On An Island’ and ‘Rain’.

In contrast, his on-stage prowess remained undiminished until a series of medical emergencies saw him finally retire from the band in October 2016, nearly fifty years since he first joined the line up.

When Rick died unexpectedly on 24th December 2016, the rock world was sent into shock at the loss of one of the best rhythm guitar players in the rock world.

What was unknown by many fans was that at the time of his death, he was working on a solo album with producer Jo Webb and the official announcement that this album was to be released was seen by many Quo fans as a final gift from Rick to those who had supported him through the good times and the bad times.

So here it is, Rick Parfitt’s first ever officially released solo album, ‘Over and Out’. A collection of ten tracks that showcases the softer side of him as a writer, artist and performer as well as encompassing the purest rock and roll sound of earlier Quo recordings.

Although Rick had finished recording all his guitar and vocal parts, some of the tracks remained uncompleted at the time of his death, so a collection of talented musicians including Queen legend Brian May and Muse’s Chris Wolstenholme with input from his eldest son Rick Jnr as well as Quo cohorts John “Rhino” Edwards and Alan Lancaster, all helped to make this record as complete as possible, in a lasting tribute befitting his status.

Two of the tracks here were to have been included on the original ‘Recorded Delivery’ album, ‘Halloween’ and ‘Without You’. Originally a b-side to the ‘Who Gets The Love’ Quo single in 1988, ‘Halloween’ has always been a good song, and it’s inclusion here seems appropriate to bring the song to an audience who may have missed it in the past.

As far as I can tell, it’s pretty much exactly the same track as the single (or the ‘Ain’t Complaining’ 2006 reissue CD) with not much tinkering or additional tracks being made to the recording and it’s still a great song.

‘Without You’, originally titled ‘Living My Life Without You’ on ‘Recorded Delivery’, was the first track debuted from the new album, unveiled on Ken Bruce’s Radio 2 show in December 2017 and it’s a heartfelt song written about his son, Rick Jnr.

It may be the weakest vocal performance on the album, but it shows a fragility and vulnerability in Rick’s voice as he gives a heart-wrenching performance. The rich orchestration lifts the song but it’s really the melancholic lyrics that make the song what it is – a song written during difficult times that’s bound to break hearts even now.

Title track, ‘Over And Out’ is a key track with its sentimental lyrics and another heartfelt vocal performance. Reading the lyrics you have to say it’s one of his best written lyrics and rightly deserves to be the title track and, like ‘Without You’, it’s difficult not to be moved by the performance bearing in mind what happened next.

It’s not all melancholy sentimentality on the album though. ‘Lonesome Road’, for example, starts off as a solid mid paced number but the tempo is turned up in a similar way as ‘The Power of Rock’ (arguably one of the best post-85 Quo rockers) from 1989’s ‘Perfect Remedy’ album did, as the track bursts into life and becomes a bit of a rocker with Rick’s voice clear and strong throughout.

‘Fight For Every Heartbeat’ and ‘Everybody Knows How To Fly’ are a great couple of rock tracks that could have been great additions to the Quo live set if they were only given a chance and it’s proof, if any were needed, that Rick was a rocker right to the end.

On the other hand, you have ‘Long Distance Love’ which is more of a pop rock track but there’s the catchy chorus that lingers in your head long after the tracks finished. ‘Lock Myself Away’ has a totally different sound with it’s Fifties inspired vibe complete with harmony backing vocals and Doo-wop singers in the background making this an enjoyable listen as he harks back to the early days of his career.

I’ll have to admit that I really wasn’t sure what to expect from this album but after repeated listens, I have to say that it’s a great album. Rick has done himself proud with this album and it’s a great bookend to his career and a final addition to his legacy.

Of course, it’s unfortunate that Rick’s not here to receive the accolades that are bound to follow, but his I’m sure he’d be extremely pleased about how well this album has turned out.

‘Over And Out’ Track Listing:
Twinkletoes
Lonesome Road
Over And Out
When I Was Fallin In Love
Fight For Every Heartbeat
Without You
Long Distance Love
Everybody Knows How To Fly
Lock Myself Away
Halloween