Russian symphonic Metallers Imperial Age recently caused a real stir by streaming not an acoustic set, but a full on Metal gig live on the internet during the Covid-19 crisis. MetalTalk caught up with founder members Aor (Alexander) Osipov and Jane Odintsova to find out all about the show and their future plans.

MT: There is a buzz in the metal world about the online concert you broadcast from Moscow after your UK headline tour was cancelled. Why did you decide to stage such an event?

Jane: We haven’t played shows for quite a long period of time, and we got a lot of new fans, who were eager to watch us play live. Many bands play online shows these days, but usually these shows are not the same as the real ones – so we decided to make a fully produced live show to give our fans some positive emotions and not let them forget what live shows look like!

Aor: We were watching all these acoustic shows bands were spontaneously putting up, and we thought – why not make a fully produced show? It sounded like a totally crazy idea, which is why we liked it!

MT: How did local restrictions about Covid-19 affect the broadcast?

Jane: They didn’t. Online events are legal. Everyone who was involved, got a special QR code, which is needed to be able to drive across the city. Most of the crew members were wearing masks.

Aor: I think it actually helped in a few ways – many otherwise overbooked people and facilities were free and eager to cooperate. Everyone who took part did so 100% on their own accord and later said they enjoyed the process.

MT:  Were you happy with how the actual broadcast went? Did you have any problems on the night?

Jane: We were surprised how smoothly the whole night went.

Aor: We actually have a small team working for us. The band is not just a full-time job for us, it’s much more than that and we can’t do everything ourselves and also be creative at the same time. We have effectively a small label going on here!

There is a special person doing the webshop and there is Natalie who is our assistant, manager and PR manager all in one (she was asking the questions during the broadcast). The broadcast was entirely organized by her (as the manager) and by Belf (in charge of the technical details). We like decentralized systems and so we delegated it fully to them – and they did a fantastic job.

Not a single fuck up! And we were able to focus on the music. 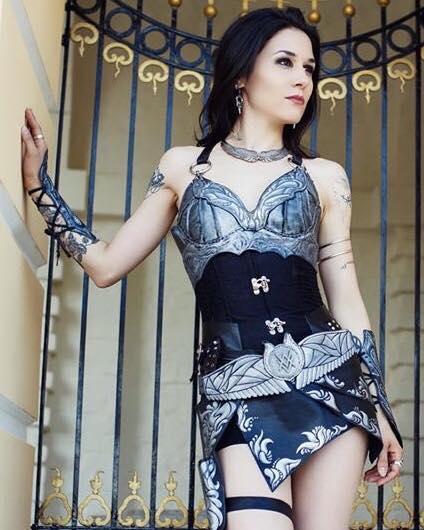 MT: You got a huge reaction from your fans, old and new. When did you realize how well it was going?

Jane: We were reading all the comments during our show (that’s why we were going off stage so often), and were positively shocked!

Aor: I actually didn’t know how much money we had received until after the show when everyone was breaking down the gear. I opened the PayPal app on my phone – and literally almost fell down!! We expected to break even at best, but our fans gave us 11,477 USD. That’s our most successful event ever.

MT: Do you plan to have similar events in the future?

Jane: It was an extremely positive experience and, yes, we are thinking about repeating it, but with some additions. We want to make it even more epic!!

Aor: Yes, we are thinking of making it even bigger… 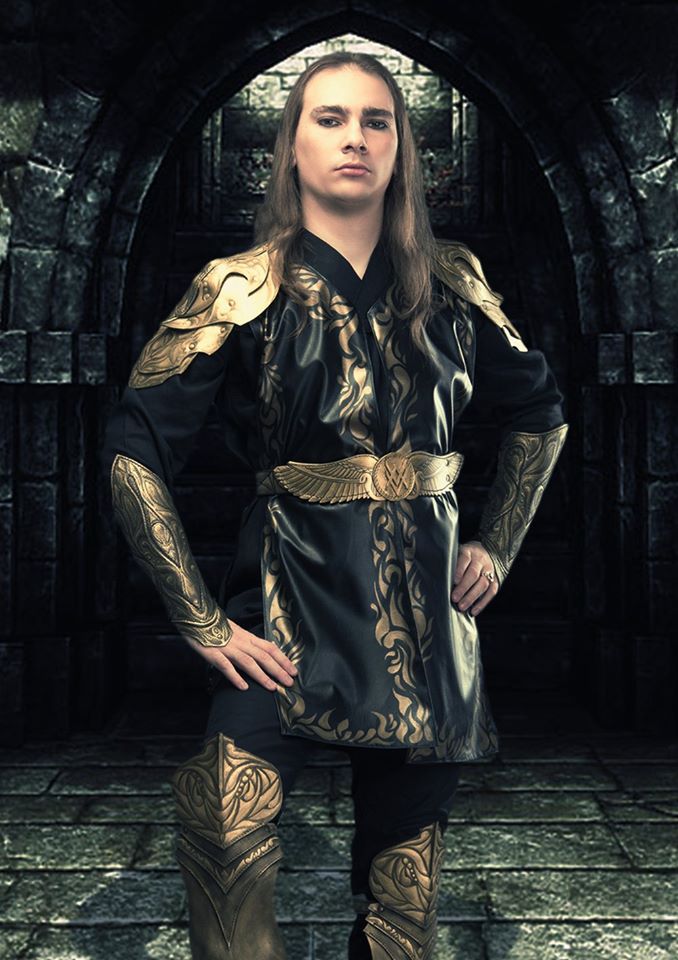 MT: What’s next for Imperial Age? Are you going to write and record while touring is impossible?

Jane: That’s exactly what we are doing now – writing the new album. We plan to record it in the summer.

Aor: We actually have a lot of concerts planned for 2020/2021, and the album is to be released approx around Dec 2020. But let’s see how the world situation unfolds.

MT: Are there any local traditional Russian influences in your style?

Jane: I think no, but some fans tell us about mighty Russian choirs and the specific operatic singing in our music. We do not hear any of this ourselves!

MT: Are all the band full time musicians?

Jane: I can speak only for Aor and myself – yes, we do only music and we live from music.

MT: You said in the broadcast that you had offers to sign with a label but you weren’t sure if that was the right way to go. Can you expand on that? What is it about label contracts you’re not keen on? When will you decide what to do about your next album release?

Aor: Right now we are being contacted by a few record labels at once. One of them is really big – everyone reading this will have heard many of their bands. Had this happened a few years ago, we would be out of our minds from happiness (we were sending our records to all the labels out there and everyone ignored or turned us down).

However, since then the situation has changed – and we have suddenly found ourselves in a position where we are the ones who are choosing. I have to admit we really like it, especially after years of being ignored by the industry.

To put it in perspective, most members in the majority of bands on big record labels still have to work day jobs. I personally know many musicians in the business whose bands are significantly bigger than us, legendary in their genre, with 15-20 years history, they sell more records and have more streams, but they earn much less money from their music than we do from ours.

We on the other hand are full-time musicians, we have no problem booking shows all over the world, and we even hire additional people to help us out so that we can concentrate on the music. All of that without a label, keeping and managing 100% of revenue and rights.

This gives us the opportunity to reinvest everything that we earn back into promoting the band (which a label cannot do because they have overhead costs and bands who lose money – so they cover that from the successful bands) – and we are growing like a snowball thanks to the enormous support that we are getting from our fans. And the attention of big players that we started getting this year is a direct signal that we are on the right track.

The first problem with most label contracts is that we have to give some very concrete money (usually 80-90% of all our income) and all our rights and freedom in exchange for very vague and generalized promises. The money is part of the contract, but the promises are not. We just don’t like that kind of exchange.

The second problem with labels these days is that even the big players have tons of small bands who – as we observe them – are not growing anywhere, or are growing very slowly. They have all the resources and clout of the big labels behind them – or so you would think – but they are still small. How does that happen? Why aren’t those labels pushing those bands? We don’t want to sign a deal and be left on the shelf.

Of course, everyone promises that’s not going to happen, but unless it’s in the contract, it does not exist. And usually it’s not in the contract. Having a record deal just for the sake of it makes sense if you can’t market your music yourself or if you just don’t want to do it, and/or if being signed just makes you feel better! But if you can do it yourself, why sign a deal that is not good for you? A label should put something on the table that you can’t put there yourselves and it should be guaranteed in the deal. Otherwise it’s just a bad deal!

We have the direct support of our fans and that’s the only thing that really matters. The only difference between a small band and a big band are their fans. Not labels, management etc. It’s the FANS and the BAND. Everyone else is in the middle.

That said, we are not totally against record deals. If we are offered a good deal which is beneficial for us we will sign it. Because if it’s good – then why not?

Until that happens however, our fans make sure that we are in the position to choose, wait, or even make it without a deal altogether.

MT: You have rearranged some UK tour dates for September. Will that be part of a wider tour?

MT: What are your ambitions for Imperial Age? In five years where would you like the band to be in their career?

Jane: Playing a show in front of a full arena! Thanks for your time. Thank you for your interest in Imperial Age!

Aor: Thanks for being interested in us and hopefully see you in the UK!!

Imperial Age are on tour in the UK in September.

The online concert will be released as a dvd due to massive public demand. 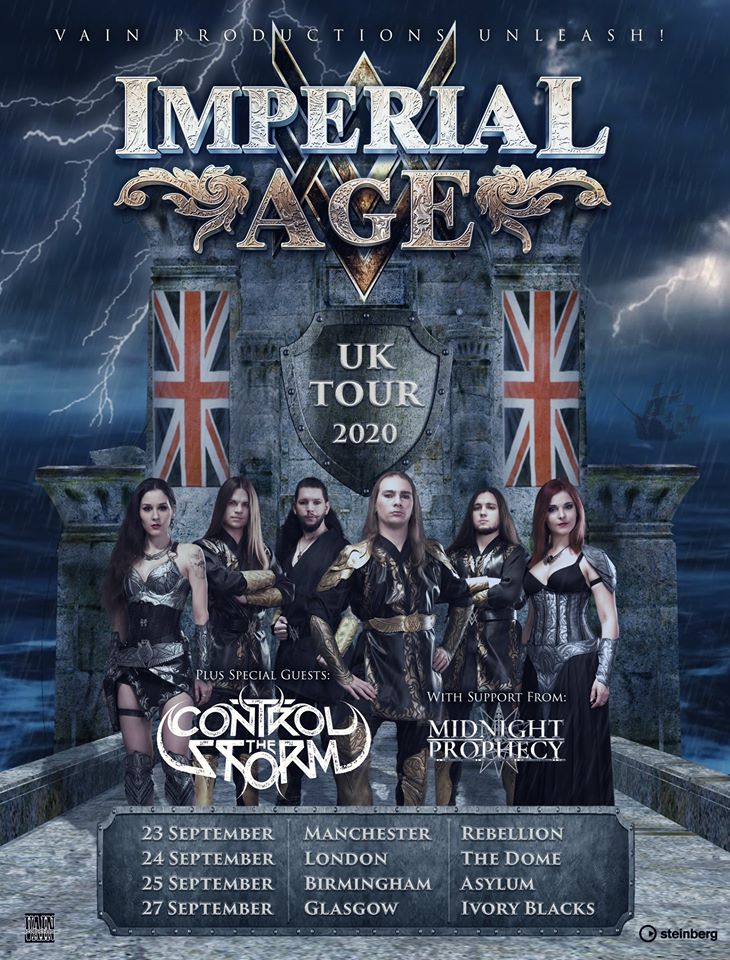 TRIVIUM: 'WHAT THE DEAD MEN SAY' IS SUCH A JOY 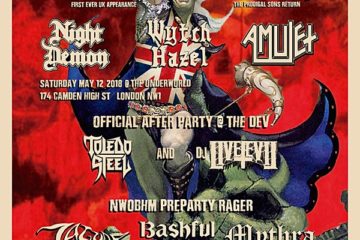