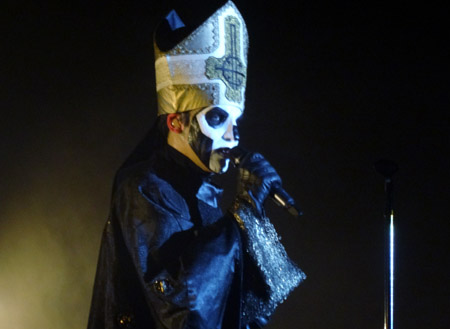 It’s only been around sixteen months since Ghost played to an ecstatic sold out crowd at Glasgow’s ABC but their popularity seems to be on the rise judging by the number of people desperately searching for tickets online after the Satanic pop-Metal Swedes sold the venue out again.

After a very long drawn out sequence of intro tapes the energy levels went straight through the roof with opening number ‘Square Hammer’, which somehow channels sixties pop flair and 21st Century Metal into one fluid and epically memorable song. Old favourite ‘From The Pinnacle To The Pit’ kept things flowing along nicely but energy levels dropped off for ‘Secular Haze’ and that wasn’t the only time this happened. 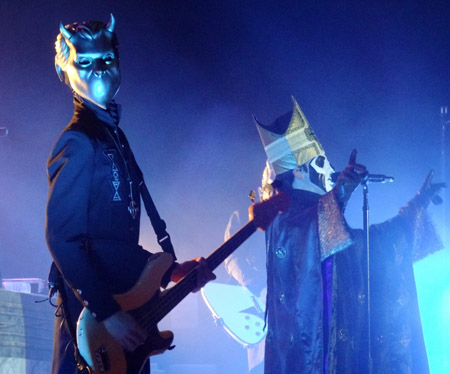 The setlist has obviously been freshened up since the last tour but it didn’t seem to flow as well as that great show I saw them do here at the end of 2015. This is a minor quibble really though as this is a band who any time they need to kick things back into life can throw in the joyous stomp of ‘Cirice’ or the anthemic Satanic pop of ‘He Is’. Short of great songs they are not and tunes like ‘Mummy Dust’ get the crowd roaring along in support.

There are a lot of great musical highlights but it’s when you add on the charisma on stage that you create the magic whole that is a Ghost show. They may be famous for their masked Nameless Ghoul musicians and their constantly reincarnating singer in the bizarre facepaint but what is most remarkable about it all is how they can still show personality despite the masks and get the crowd to react to it. 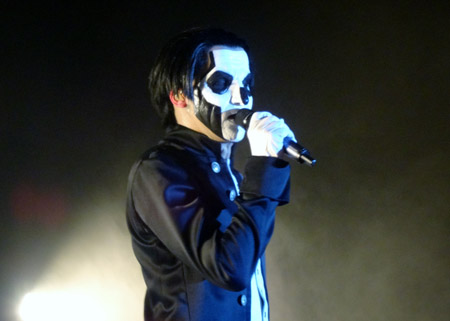 Whoever singer Papa Emeritus may really be under the facepaint, he has a gentlemanly, almost statesmanlike way of fronting a show which really commands people’s attention. He makes full use of his white gloves too so your eyes can’t help but follow his Chaplinesque gestures and you react accordingly. Oh yeah, and he can sing too.

By the time they got to traditional set closer, ‘Monstrance Clock’, introduced like always as a celebration of the female orgasm, they had simply conquered the ABC once more and left the stage to a rapturous reception.

I am convinced that next time round this band will be in bigger venues and if the quality of ‘Square Hammer’ from the ‘Popestar’ EP is anything to go by the next album will have more terrific songs to get even more people interested. With a Bloodstock headlining set to come later this year, selling your soul seems to lead not to a highway to hell but instead to the tongue in cheek Satanic road to success.