Trans-Siberian Orchestra creator Paul O’Neill has passed away due to chronic illness. He was 61-years-old. 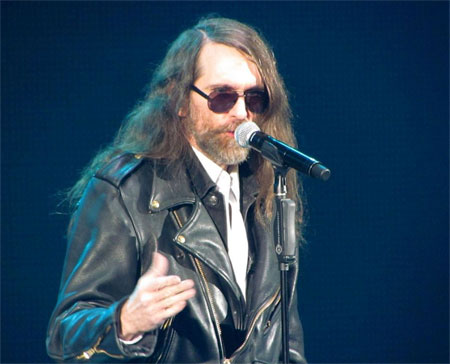 The news of Paul’s extremely sad and shock passing was broken on the official TSO Facebook page in a statement that read:

“The entire Trans-Siberian Orchestra family, past and present, is heartbroken to share the devastating news that Paul O’Neill has passed away from chronic illness.

“He was our friend and our leader – a truly creative spirit and an altruistic soul. This is a profound and indescribable loss for us all.

“We ask that you respect Paul’s family’s privacy now.

“We will make additional announcements shortly.”

Paul, New York City born and bred, entered the music business in the mid-1970s when he took his first progressive rock band, Slowburn, into Jimi Hendrix’s Electric Lady Studios in NYC. The project was shelved as Paul was not happy with the final results, however he has credited Slowburn’s initial failure as one of the luckiest things that could have ever happened to him as it presented him with the opportunity to learn the recording and concert business from the inside out.

He then became a promoter in Japan, promoting every tour of Madonna and Sting that took place in the 1980s, as well as the largest rock festivals in Japan with acts including Foreigner, Bon Jovi, Whitesnake and Ronnie James Dio.

After producing Aerosmith’s ‘Classics Live I’ and ‘Classics Live II’ albums, Paul began his relationship with Savatage, a collaboration that marked the beginning of his grand vision, Trans-Siberian Orchestra, becoming reality.

Paul said of TSO: “I wanted to take the very best of all the forms of music I grew up on and merge them into a new style.

“Basically I was building on the work of everybody I worshipped: the rock opera parts from bands like the Who; the marriage of classical and rock from bands like Emerson, Lake & Palmer and Queen, the over-the-top light show from bands like Pink Floyd… I always wanted to do a full rock opera with a full progressive band and at least twenty-four lead singers.”

Atlantic Records financed the creation of ‘Romanov’, which was initially to be TSO’s first release.

“We were very fortunate,” Paul said. “It was one of the only labels left that still did an ‘old school’ kind of artist development. My original concept was; ‘We were going to do six rock operas, a trilogy about Christmas and maybe one or two regular albums’.”

However, when ‘Romanov’ was temporarily put on the back burner, the first installment of the Christmas trilogy, ‘Christmas Eve And Other Stories’, became TSO’s debut album and went double platinum.

More platinum certifications followed with 1998s ‘The Christmas Attic’ and the final installment of the Christmas trilogy, 2004s ‘The Lost Christmas Eve’. In the midst of completing the trilogy, TSO released their first non-holiday rock opera, the gold certified ‘Beethoven’s Last Night’.

But it was in concert that TSO really made the biggest impact.

They hit the road in 1999, beginning an annual November–December extravaganza that Paul described as:

“…as over the top as we can make it. We have two stages – with pyro, light and lasers – on both sides of the arena, as well as in the crowd and the best sound we can find.

“There’s no second-class seats at a Trans-Siberian Orchestra show. I want people to walk out of our shows speechless and… still not believing what they have seen was possible.”

In August 2015, Savatage and Trans Siberian Orchestra made Heavy Metal history at Wacken when they pulled off a never-before-attempted performance.

Wacken has a unique set up as the two main stages are situated next to each other, side by side and following a forty-minute Savatage set and a forty-minute TSO set, members of both bands, across both of the festival’s main stages, performed a perfectly coordinated set.

This was an incredibly ambitious feat both musically and logistically and the bands pulled it off without a hitch with Al Pitrelli leading TSO on the True Metal Stage and Jon Oliva heading Savatage on the Black Stage.

Paul O’Neill gave a very candid interview before the show which is well worth a watch.

“I’ve always believed that music has the power to transport and transform.

“The original concept of Trans-Siberian Orchestra was how to make music have the most emotional impact. We always try to write melodies that are so infectious they don’t need lyrics and lyrics so poetic that they don’t need a melody, but when you combine the two together they create an alloy where the sum of the parts is greater than the whole.

“Once those songs are woven together into a tapestry they create a story which gives each song a third dimension.”