In this increasingly technological age, it is great to see bands that are a real hark back to better, more analog times where the warmth of performances were not smothered in a digital sheen that removes that very human aspect.

Swiss rockers Heavy Feather know this all too well and as a result this, their second album after debut ‘Debris & Rubble’, continues their aim to bring real music to the masses in a way that speaks to the heart and soul of the creation, rather than just sonic fireworks.

Certainly, this album is not short of excitement, packed as it is with a breathless determination to entertain, but there is also a real soul that connects in a way that demands a more back to basics approach. Given that the band draw their influences from the blues-soaked Rock ‘N’ Roll giants of the late 60’s and 70’s there is bound to be a certain tight but loose vibe, but they have really leaned into this with an admirable aplomb. 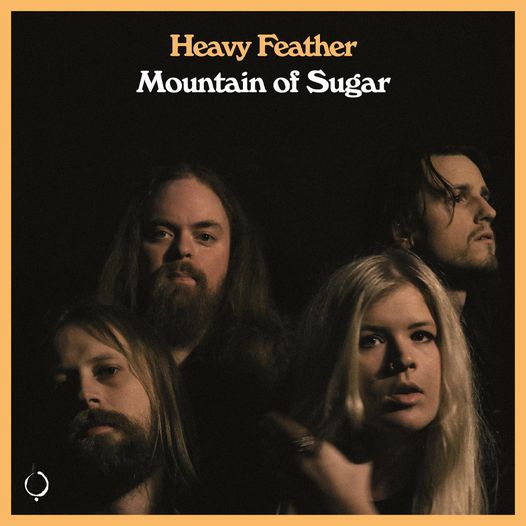 Opener ’30 Days’ immediately sets the blueprint for all that is to come, its riff-heavy mix of Hard Rock with a touch of 60’s psychedelia is highlighted by the Janice Joplin meets Grace Slick meets Ann Wilson vocal stylings of frontwoman Lisa Lystram.

As achingly cool and beautiful as their homeland, the band paint in broad colours that contain nice little touches that conversely speak of a unit both ahead of their time with regards to maturity, whilst very much rooted in the past. Studded with real gems, ‘Mountain of Sugar’ impresses throughout, from the huge verve of ‘Love Will Come Easy’ to the juddering and bombastic title track there is gold here.

The musicianship and vocals are performed to a staggering level, the quartet tackling the rolling blues of ‘Too Many Times’ with an ease that belies the real craft herein and ‘Let It Shine’ is a pastoral treat, its deliciously woozy and hazy sunshine vibe bringing a warmth to your face and the smell of wildflowers to your senses.

It is not all chilled though, as the loping and soulful ‘Come As We Can Go’ has a real stridency and ‘Rubble’ is down-right dirty Rock ‘N’ Roll.

By the time that ‘Asking In Need’ closes the album in suitably epic style, all the battles have been fought and won by the four piece, their place in the ranks of vital new acts assured.

Despite the decidedly retro feel of the material, Heavy Feather are very much of the ‘now’ and look to be a force to be reckoned with for a long time.

Paradise Lost and Moonspell to hit the UK in February 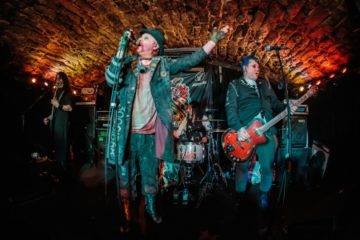