American Hardcore Punk outfit Fang, are one of the most influential West Coast Hardcore bands ever, with bands like Mudhoney, the Butthole Surfers, Metallica and Nirvana covering their material

Across their career they have released nine studio albums and a handful of singles and EP’s, which considering they were on hiatus for the best part of a decade due to the incarceration of Frontman Sammytown, is an impressive achievement.

But there was one album which never properly saw the light of day the way it should have. 98’s ‘American Nightmare’ was originally released on Wingnut Records, but label circumstances dictated that it never realised its full potential and since then it has been one of those hard to find but heavily sought after albums.

But all that has now changed, as the original recording from 1998 is available now digitally through Die Laughing / Golden Robot Records.

Frontman Sammytown explains the full story: “1996. After spending seven years in some of the worst prisons in the USA for a horrible crime, I was released onto the streets a changed man. 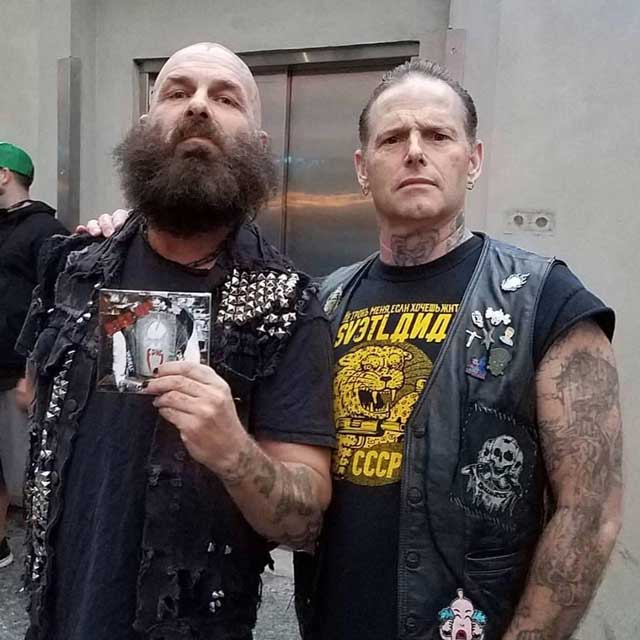 “I had not planned on ever getting Fang back together, but with the urging of many and a longing to make music again, I rebuilt Fang in 1997 with Josh Levine (Bass), Greg Langston (Drums) and Bill Burnett (Guitar).

“‘American Nightmare’ is the culmination of that rebirth. Most of the lyrics on the record were written while I was still incarcerated. It is a window into the past, a window into the California penal system and the violence and brutality of the CDC with songs like ‘Electric Chair’ and ‘City of Pain’.

“It is also a Fang record in that there are moments of pure sarcasm i.e.; ‘Eat a Vegan’ and ‘Motor City Drag Queen’. As well as a hard look at the Punk Rock scene in the city of Sacramento and the war that was raging there at the time in ‘Pride’.

“‘American Nightmare’ was slated to be released in 1998 but Wingnut records closed their doors forever and all the records, CDs and cassettes were locked away in storage for many years.

“With mind blowing cover art by Joe Coleman and incredible production and engineering by Jason Carmer it was sad that the record never really saw the light of day…. Until now.”

‘American Nightmare’ is an absolute classic. It it sixteen tracks and forty-five minutes of hugely engaging well varied Punk that will have you singing along, dancing around the room and laughing your socks off at the wit and sarcasm woven into some of the tracks.

But it also has a deeper quality, with tracks that clearly reflect environmental and personal circumstances particularly the dark and powerful ‘City of Pain’ and the dark reflective ‘Electric Chair’ or the bleak yet groovy plodder ‘A.O.K.’, unravelling a myriad of different emotions in the listener across the albums duration.

I love the high energy drum work that runs throughout this album which complements the filthy jangly riffs, and the way the vocals vary across the album according to the mood of the track.

I also love the contrast between the bleak tracks and the lighter ones, like the full throttle hilariously sarcastic ‘Eat a Vegan’ (Of course we all know they would not really eat a vegan, they are far too tough and stringy) or the magnificently bluesy and sleazy closer ‘Motor City Drag Queen’ They will both definitely leave you smiling.

Then there are the racier numbers like the anthemic, gritty and up tempo ‘The American Dream’ punctuated superbly with blasts of drum work and groovy riffs, and the dirty driving yet catchy ‘Street Gutter Boy’ or ‘Guns Not Love’, with its mix of dirty and cheeky riffs and serious message in the lyrics and not forgetting the catchy singalong ‘Americas Most Hated’ or the addictively driving ‘Boots’.

Ultimately ‘American Nightmare’ is essential listening for all Fang and Hardcore Punk fans. There is at least one track here for everyone…. As for me, I love the whole damn album!! 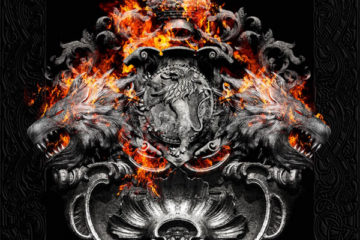