To say that the global pandemic has been problematic for the music industry is possibly the understatement of the year.

Bands have had to reschedule and rethink their whole existences, facing huge challenges as how to continue being creative and able to communicate their music to the world.

With new album ‘The Bitter Truth’ due to be released and huge tour planned Evanescence had 2020 all mapped out, only to have to all their plans torn asunder, the album unfinished and the tour cancelled.

Fortunately, technology and the passion they shared for the material meant that they overcame the obstacles in their way, the miles between them hardly mattering as their determination and resilience made them rise up against the difficulties.

Not only that, but the situation both nationally and globally added new songs and a passion that turned burning embers into a wildly roaring bonfire. It was time to give that build up of pressure a release and on Saturday night they certainly did just that.

Broadcast from Rock Falcon Studios in Nashville, this live session sees the band having fun and playing a set together for the first time in months and it is an invigorating sight. With nine tracks in around forty minutes, the band do not hang around and the joy is infectious, adding a real heart to the punch of the material.

Whilst filmed in separate areas, there is an obvious connection that exists, partly through the songs themselves but also reinforcing the gang feeling that all good bands have and this translates into an atmosphere that goes way beyond the medium of watching a performance in this technology.

This is a living, breathing and very human experience.

It is always a joy to once more be reminded just how incredible Amy Lee’s vocals are, full of character and beauty. It is not just Lee though who knocks it out of the ballpark, as this current line-up of the band is certainly the most cohesive and powerful they have been.

It takes just moments into opening number ‘Wasted On You’ to be thrilled and drawn into what you are hearing and seeing, the slow burning start exploding when it reaches the chorus is cause for celebration in itself as the track reveals it’s layers.

‘The Game Is Over’ sounds practically feral, the dramatic Rocker glorying in its dirty and powerful guitar sound. You are struck by how good and ‘live’ the mix sounds, everything heard in a rawer manner shorn of any additional studio gloss and each band member being heard.

Well-pitched, the set is full of great dynamics as the hard-hitting lyrics of both ‘The Only One’ and ‘Sick’ are highlighted by the tension of the arrangements and the full-blooded playing.

By the time they hit old favourite ‘Going Under’ the band are absolutely flying and it is dizzying seeing Jen Majura and Will Hunt in particular let loose.

With her vocals and stinging guitarwork bringing an added colour to the material, Majura proves to be the perfect foil to Lee and Hunt shows himself, yet again, to be one of the very best drummers in the business. But this is very much a collective though as six stringer Troy McLawhorn rips out some magnificent solos and Tim McCord underpins everything with some superb bass, both the epitome of cool whilst intensely focused.

Add these elements to Lee’s vocals and keys and you have a band who really are at the top of their game.

One of the standout tracks from the game changing debut, ‘Going Under’ shows exactly why the band captured hearts and imaginations in the first place, but this is certainly a tougher version and given a new and vital coat of paint. That though was just a warm-up for what is to come, as a truly incendiary ‘Use My Voice’ blows the roof off the place, jaw dropping and the highlight of the night.

Full of an unbridled passion and anger, this defiant and courageous anthem makes the hairs on the back of your neck stand up and sends the adrenaline surging around your body. One of THE songs of the year, this performance alone could flatten a city.

There was only one song that could really follow that maelstrom and the opening piano pattern of ‘Bring Me To Life’ unleashed it’s own hurricane wall of sound, the five members of Evanescence tearing into it like their very lives depended on it.

It is left for Lee to wrap things simply and beautifully with stripped back versions of ‘Lost In Paradise’ and Portishead’s ‘Glory Box’. Played acoustically just on piano and with her pure voice, the hugely emotional ballad and the sparse, passionate and skyscraping cover are earth shattering and electrifying.

With ‘The Bitter Truth’ coming out early next year and fresh tour dates being lined up, there has never been a better time to reacquaint yourself with Evanescence and embrace one of the biggest and best bands around.

Ken Hensley's My Book Of Answers to be released in March 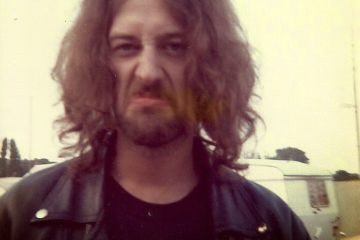