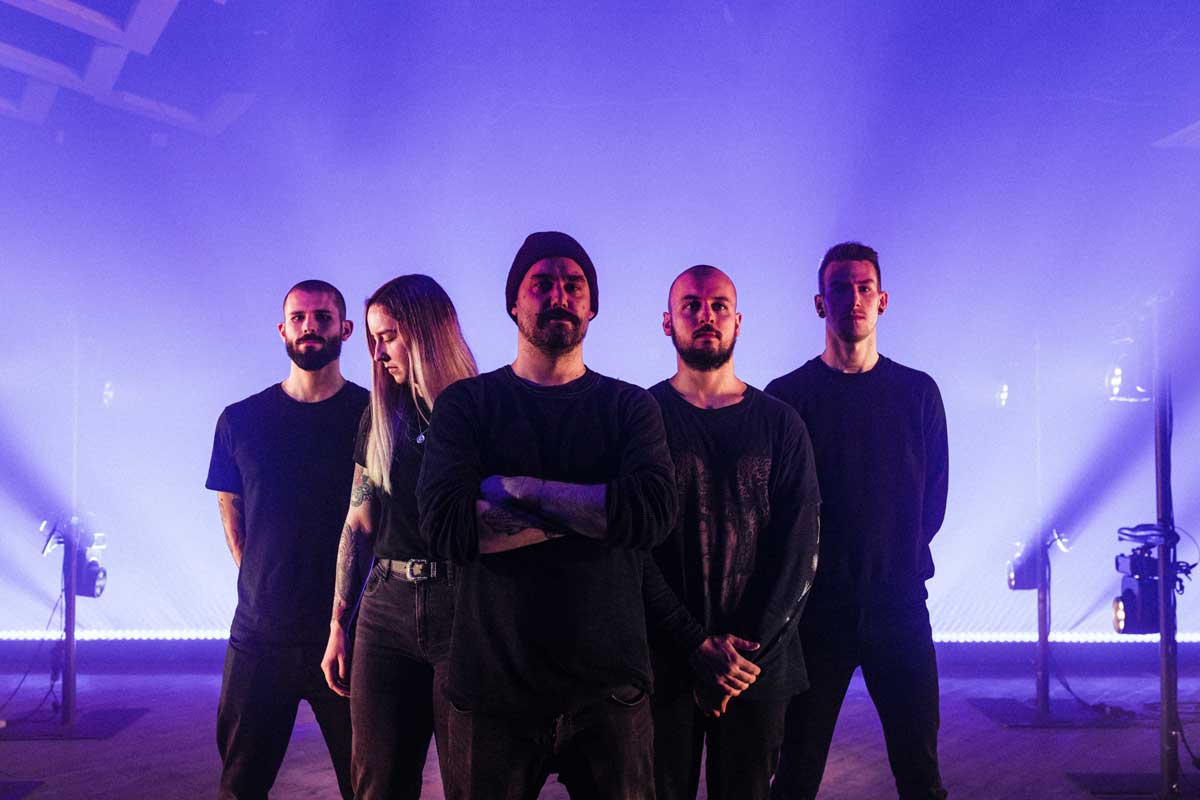 Dvne will release their second album ‘Etemen Ænka’ 19 March 2021, via Metal Blade Records and it promises to mark an imaginative and thrilling leap forward from 2017’s ‘Asheran’.

Guitarist/vocalist Victor Vicart told MetalTalk: “It is an album that has a narrative musically and we hope will encourage the listener to explore the universe we have created around it.

“It is a very dense and layered album which will reward multiple listens and while this is becoming a recurring aspect of our music, we feel that we went further with it this time. It is also a very polarising album, emotionally speaking. The heavy sections are, well, very heavy, while the clean sections are much more intricate and delicate, in a way would not be out of place in a Studio Ghibli anime soundtrack.”

Following a number of successful festival appearances such as Psycho Las Vegas in 2018, Norway’s Inferno Festival and London’s Desertfest in 2019, the band began the process of developing the concept for their second album which in turn led to a clear path for a development of the bands style.

Vicart said: “We knew we wanted to include keys and synths in the equation. We wanted to be able to add new textures and new sounds that were not on our previous releases and we felt that this was something that will give us more options creatively.

“Looking back, that was a great decision because we have used synths for everything, with ambient sounds, heavy subs and actual leads, which really added a new dynamic to this album.

“We have also kept this balance between down-tuned heavy riffs and clean movements which were already present in ‘Asheran’, but we really wanted to make sure we could capture more details and subtleties once recorded.”

Dvne is, of course, a reference to the epic book ‘Dune’ by Frank Herbert and the direction of the new album certainly leans towards classic Sci-Fi soundtracks. In fact the overall concept and musical direction was so fully established that the albums cover art was completed three months before the band entered the studio.

“Having the concept so present and clear in our minds gave us a good feel of what the vibe of the album would be and in a way helped with the composition and arrangement.

“A few of the tracks that were written toward the end of the writing process were created thinking of some specific moment in the albums storyline, such as ‘Weighing Of The Heart'” says Vicart.

With the love of Sci-Fi gloriously glittered over the bands music so far, the Dvne universe also reflects serious topics related to the society we live in. While ‘Asheran’ was very much focused on their relation to their surroundings and the environment, ‘Etemen Ænka’ focuses much more on social issues and more specifically on inequalities and the human relationship with power.

Vicart continues: “Even in the band, we have our own interpretation of what each event in the storyline means to us. That said, the story follows a civilisation through centuries. This society was built on the hubris of transcending the limitations and pain associated with human nature.

“In the story, this vision is eventually achieved through the process of ascension. Thanks to technology the ascended – we refer to them as ‘celestials’ – became superior beings but slowly detached themselves from what made them human.

“This story basis allowed us to explore some interesting problematics, such as how the celestials dominate their society in order to pursue their utopic vision.”

Each song is lyrically complex, with ‘Enuma Elis’ a direct reference to the Babylonian creation myth as well as the Epic of Gilgamesh, while within the narrative focusing on the war between the old humanist world against the ‘augmented’ world which will later dictate humankind’s move to the Towers society.

‘Towers’ was heavily inspired by the books ‘Terminal World’ by Alastair Reynolds and ‘Altered Carbon’ by Richard K Morgan and follows the creation of several gigantic towers.

Vicart tells us: “The sheer size of these monuments involves the labour of several generations of workers that are at first forced to do so, but gradually become indoctrinated by this utopic idea that their sacrifice will be in the name of transcending the boundary of humankind.

“‘Si-XIV’ [see below] takes the point of view of the dominated lower classes living in difficult conditions. The society relies heavily on the use of technology and neurological implants to function and communicate and the lower classes are left with secondhand technologies that they use to escape their everyday life.”

Dvne are working on plans for a 2021 tour and tell us they are looking forward to build on the live experiences that they and their fans have shared in the past.

Victor Vicart finishes: “We want to make something special, including our live sound, but also visuals, lights and projections. This is something we want to get creative with and improve with time.

“We want it to complete our vision of this album and expand its concept visually to our audience.”

Previous article
Agent Steel / Back with a Speed Metal vengeance
Next article
Joseph Williams / A truly gorgeous album of the type that comes along rarely.