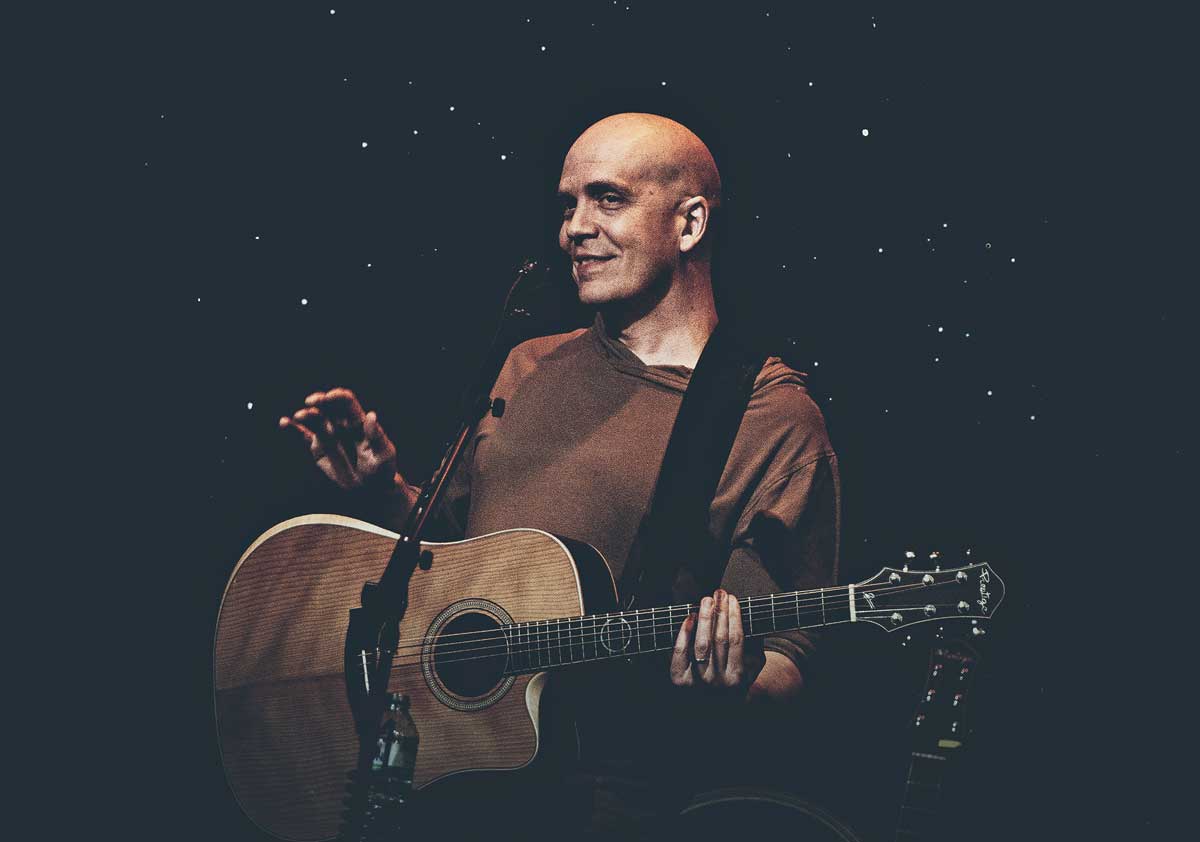 Devin Townsend wanted to do something a bit different with the ‘Empath’ touring cycle and broke it into three separate entities. This solo acoustic tour was Volume 1 of the cycle. Unfortunately, due to the COVID-19 pandemic, the full cycle was not completed.

If you bought the ‘Empath Ultimate Edition’ box set, then this show will be familiar to you as the video was featured on the second Blu Ray disc contained in the box set. This is a remastered audio version of that show.

What we have here, is a quite beautiful solo acoustic performance which showcases Townsend’s amazing vocal range perfectly.

In his intro to this show, Townsend informs the audience that his intention for these shows is to strip the songs right back to the acoustic guitar, some effects and his voice, which is how most of his songs are written in the first place.

After some bantering with the crowd as he tunes up, the show proper starts with an ethereal version of ‘Let It Roll’ which really sets the tone for the entire performance.

Devin Townsend’s vocal ability is simply staggering!! Going from a whisper to full on guttural Death Metal roars, not one note or subtle nuance is lost. ‘Funeral’, from Devin’s first solo album ‘Ocean Machine’, lends itself beautifully to an acoustic makeover.

‘Ih Ah’ is no stranger to the acoustic version and this one is wonderful. The one that seems to stop everyone in their stride though (apart from a few diehards in the crowd who recognise the opening few bars, even though it is drastically different from the original) is an acoustic version of Strapping Young Lad’s ‘Love?’.

This version has everything, including the kitchen sink thrown at it using nothing more than an acoustic guitar, some effects and Townsend’s voice.

This acoustic album proves just how good a songwriter and raconteur Devin Townsend really is.

His typically self depreciating Canadian humour is never far from the surface and, at times, he has the audience in fits of laughter.

Couple that with a voice that is a 50/50 split between demon and angel, and you have a magnificent performer.

I think you have already guessed that I rather like this album? You would be wrong – I LOVE IT!!