Batushka / From melancholic and oppressive to full Black Metal assault

Since the BIG Batushka split, this particular branch, Bartłomiej Krysiuk’s ‘Batushka’, have been very industrious in the studio delivering works at regular intervals. With ‘Hospodi’ in July 2019 and the ‘Raskol’ EP in August 2021.

‘Царю́ Небе́сный’ is the beginning of the prayer in the Old Church Slavonic [церковнославянский] language that the band use with regional language, with music that promises to be “more varied, emotional, and dynamic.”

First listen in and it certainly seemed to be a positive progression in the right direction. 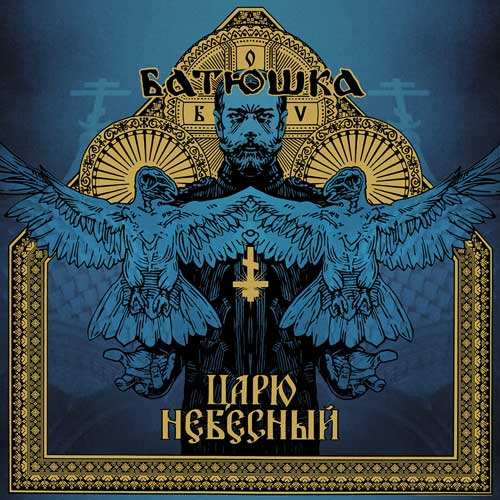 I know a lot of people slated ‘Hospodi’ for a range of reasons. Personally I thought it was okay, however this time around they have also invited guest input from several musicians from regional folk groups as well as a regional orchestra, which does add more dimension to the sound.

As a result, I think it is definitely the best of the three releases.

The tracks are once again simply titled. Pismo I – VI, spanning just over twenty-seven minutes, is an atmospheric mix of the religiously ritualistic and the brutal. The orchestration is subtle, just enough to add atmosphere, with orthodox chanting featuring prominently, but with a strong focus on the Black Metal side.

Opening piece ‘Pismo I’ is melancholic and simplistic to begin, panning into bleak and doomy Black Metal with religious style backing chants, the pace slowly builds as the track progresses.

‘Pismo IV’ has a slow dark and sinister phraseology and is crushingly oppressive and dark, but utterly enthralling. The clever balance of vitriolic to choral in the vocal department is hugely impactful.

With ‘Pismo V’ serving as a bleak haunting interlude consisting of chants and guitars, this is the calm before the storm of the monstrous album closer, the seven minute ‘Pismo VI’. Here the acerbic vocal screams break the relative peace of its predecessor as oppressive dark doomy rhythms ooze their way through this darkly oppressive and magnificently haunting track.

The track is punctuated with a quiet, bleak passage with chants, and builds back up to the dark, oppressive former mood. This is completed by second half trumpet and violin work, which adds a whole extra dimension to the sound making it my favourite track just for that element.

‘Царю Небесный’ (Carju Niebiesnyj / Heavenly King) was produced at the Dobra12 Studio and the graphic design and cover art were created by the band’s long-time collaborator Maciej Szupica.

It is is available as a CD or Vinyl LP (various coloured editions) from batushkastore.com with digital download from Bandcamp

Batushka / From melancholic and oppressive to full Black Metal assault 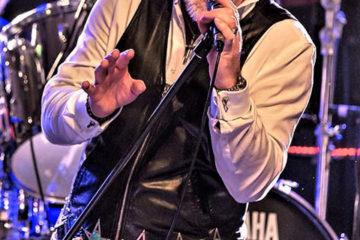