“In the black, glacial winter of 2017, whilst the hoar frost turned the empty moors, a spectral alabaster, a lamentation, shattered the crystal silence from a cabin in the woods where five solitary figures had gathered for the first time to forge what would be the beginnings of a band called Cistvaen.” This marked the beginnings of this atmospheric Black Metal quintet from Devon.

Since then, anyone involved in the Black Metal scene, particularly the Devon area, could not fail to be familiar with them as they have spent the years since, lockdown aside, getting their sound out there. They have finally found the time, at long last, to release their first EP, Under The Silent Meadow Skies, which follows a couple of digital singles released over the last twelve months.

“Cistvaen have been an active band since 2018,” guitarist Lee Meade told MetalTalk. “We spent the first couple of years playing shows and festivals around the UK. We also used this time to refine our material and began to focus heavily on writing new music and attempting to perfect what we already had with the onset of the pandemic.

“This EP consists of some of our earliest material. It was a joy to come back to these songs and bring them to life with the knowledge we’ve gained over the past few years.

“Taking them into the studio was the best thing we could do for them, as we saw them evolve naturally as we recorded parts. It’s been great to see everyone in the band doing their part to make these songs that little bit better, and while it has been a long time coming, I think it is fortunate that it took us this long to get them recorded.

“I think if we had jumped straight into recording, the songs simply would not be what we have made them now.” 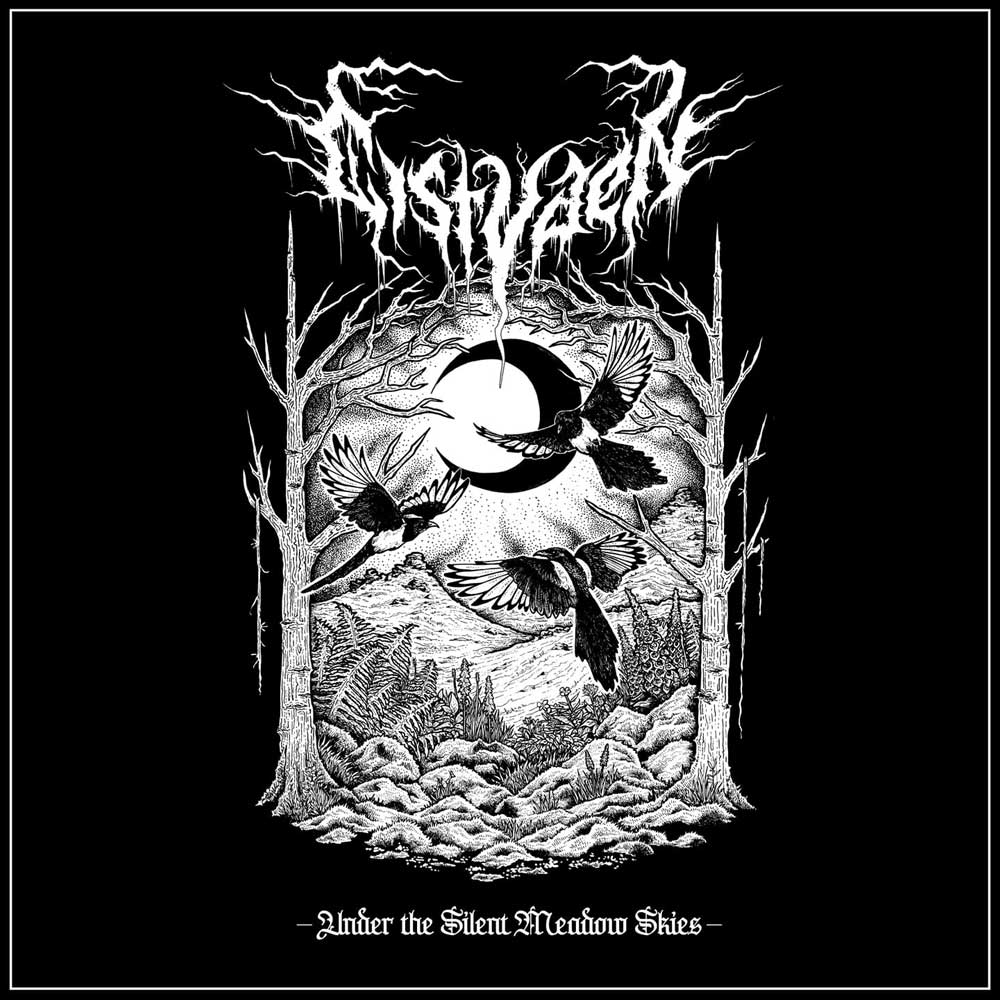 The inspiration behind their music and these three tracks, which span a generous thirty minutes is “inspired by the bleak landscapes of the moors of South West England, the somewhat melancholy and wistful characteristics of nature and its mournful landscapes, combined alongside thoughts and meditations of love, loss, life and death, with something of a longing for a time long past that may never truly have been.”

The EP opens with the title track, Under The Silent Meadow Skies and the first thing that strikes you almost immediately is the superbly overwhelming atmosphere that pours out and engulfs you.

It’s emotive and almost overpowering but at the same time stirring and uplifting, the rasping, at times very acidic vocals carving their way through the intricacies of the complexly layered guitar work, ebbing back to a very reflective mood to close.

The next track, Waiting, rises gently out of the embers of its predecessor. Haunting and wistfully reflective initially, the growling vocals once again carve their way through the hauntingly bleak, at times doomy guitarwork. Lyrically a very despair filled, heart tearing and emotional listen, especially when it drops away for the second half-spoken element. “As you turn your back…. and walk away …. I will hope to see …..your face again … I’m here, waiting for you….” which gives way to despair ridden, screaming vocals.

The closing track, The Voice Of And Old God, is slightly more driving but still superbly atmospheric, building in intensity and pace. The acidic vocals cut through as before but also ebb back to a more reflective mood in repeating waves, giving a very organic flow to the sound.

Under The Silent Meadow Skies is a magnificently powerful and emotion-stirring listen end to end, which you can’t fail to be moved by. Hester Aspland Art created the intricately detailed album artwork.

Under The Silent Meadow Skies will initially be released digitally, but Cistvaen plan to have physical CDs made for those who like tangible items to add to their collections.

Keep an eye out for news of physical copies at facebook.com/Cistvaen

If you like this EP, you’ll be pleased to know plans for a second EP are already underway. “We have a lot of works in progress,” Lee told MetalTalk, “and have recently debuted new songs at shows, so it’s safe to say we have more material on the way.

“It has been a great journey finding our sound and our footing in this band. We look forward to bringing more music and more performances in the future!”