Chez Kane, who signed to Frontier Music SRL last year, will unleash her self-titled debut solo album 12 March 2021. She has also released her first single ‘Too Late For Love’, which you can watch below or listen via the MetalTalk SoundCloud Tracks of the Week playlist.

Chez told MetalTalk: “I am so excited that everyone is finally getting to hear the first single from the album.

“‘Too Late For Love’ is full of class and infectious 80’s sass! Filming the video for it in Sweden was also an awesome experience that I will never forget!”

Chez is working on the album with Danny Rexon, frontman of Crazy Lixx, who earlier told MetalTalk: “I’ve long felt that the contemporary Melodic Rock scene is missing an important piece of what I think made the genre, at least to some extent, so great in the late 80’s and early 90’s, and that is the quintessential female rocker.

“There are tons of bands in the Melodic Rock genre, but I feel like we are missing that great female solo artist singing Hard Rock.”

“I mean I’ve literally been singing since I was about five, but with the Kane’d line up it’s been about twelve years. Time has just flown by though, I mean twelve years, are you serious?(laughs)” 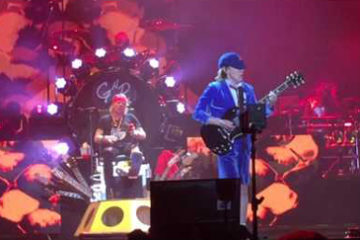