Pearl Jam have sent a legal letter to British Tribute band Pearl Jamm stating that their name, their domain name and their merchandise is “damaging the Pearl Jam brand and causing confusion” among fans.

“No one has ever come to us after a show demanding money back, because they were expecting to see Pearl Jamm play at The Garage in Highbury” the band told BBC News recently.

A statement from Pearl Jamm reads: “To Eddie, Jeff, Stone, Mike, Matt, Boom; to Pearl Jam, you have broken our hearts.

“You have known of our tribute band for years yet have waited until a global pandemic to have threatening legal letters sent. This isn’t the Pearl Jam we know and love, the Pearl Jam that stands up for social issues and against corporate giants. Yet your lawyers tell us it is indeed you, the band, that are behind this.

“We know how Matt Cameron felt about his heroes, Kiss, when they took umbrage to his own tribute band ‘kiss’ (lower case). No one has ever confused us or our merchandise with you or your merchandise, and so to say that is “likely” is clearly nonsense. We have not caused you or your brand any damage whatsoever, in fact we have done quite the opposite.

“Such was the pressure exerted by the aggressive wording of the legal letters we received, we have questioned whether we even want to continue. We know of at least one other tribute band that decided to call it a day over this. It may have been easier, cheaper and more effective for one of you to reach out to us personally. We would have done that for you. But not like this.

“Your actions are out of character and unreasonable yet our love for the music endures. We sincerely hope that, despite confirmation to the contrary, you are blissfully unaware of actions being taken in your name. We invite you to respond either publicly or privately and rescind the legal threats that have been made.

“We would like to thank our own fans who have shown us overwhelming support since this story broke and who have voiced equal disappointment in the actions of Pearl Jam .

The Hawkins / 'Live In The Woods' is how music should be 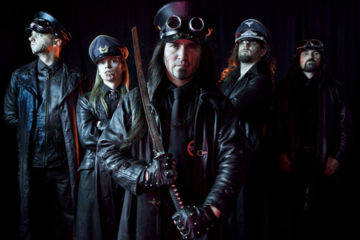