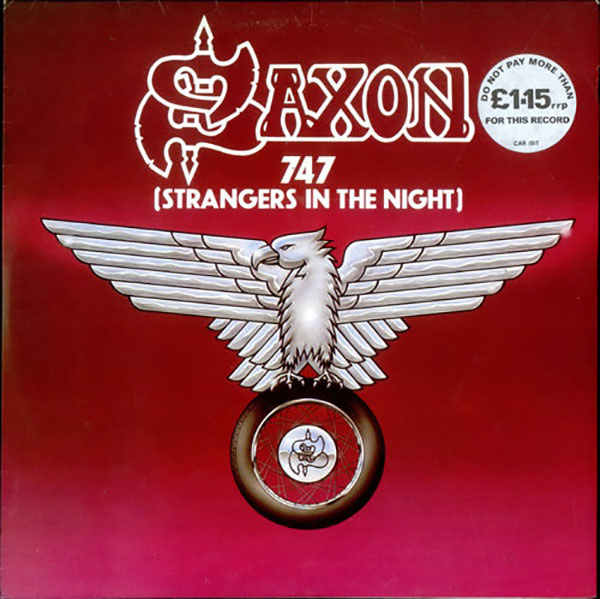 British Airways final flights with the iconic Boeing 747 left London Heathrow this morning, one destined for Kemble and one for Cardiff. Both planes will be broken down for spares, with the retirement of the planes brought forward by several years, thanks to the effect of COVID-19 on the airline.

Launched in 1969, the 747 became known as the ‘Queen Of The Skies’ and had been a mainstay for British Airways. They were considerably larger than their predecessors, having a capacity of around 550 seats. The plane will be replaced by newer aircraft that offer 25% better fuel efficiency.

Saxon’s ‘747 Strangers In The Night’ was on the album ‘Wheels Of Steel’ and has been played on every tour since its release.

The idea for the song came when Biff Byford was watching a 1979 documentary about the North American power supply problem which cut electricity supplies to thousands of people in Southern Ontario and eight north-eastern American states This included power supplies to airport runway lights, forcing planes to be re-routed elsewhere.

Biff had told Metal Hammer: “I was watching this documentary and somehow it all just went in, you know? I’d heard another song with a lyric about ‘riding on a 747’ and that was stuck in my head, and it all seemed to come together naturally.

“I came up with the melody for the chorus first. I think I wrote that arpeggio in the chorus with the words ‘Strangers in the night’ in there. I probably got the idea from the [1966] Frank Sinatra song – the syllables were the same.

“I’m a big Sinatra fan. I like his phrasing. So when that riff came along, it all fitted together really nicely.”

The song made it on to their 1980 album ‘Wheels Of Steel’, which achieved platinum status in the UK.

Biff says: “We knew we’d done something great, but we didn’t know we’d written a defining album for that era.”

Set your alarm clocks for 07:40 UK BST tomorrow, as we say one last goodbye to our “Queen of the Skies” from Heathrow. Join us virtually and share your memories from 7:47am with #BA747farewell. This is something you won’t want to miss! Watch live at https://t.co/80oCAscmLE. pic.twitter.com/nOYRBmSaDG