With a line-up whose previous employers include Whitesnake, Journey, Thin Lizzy and Motley Crue, to name but a few, a new album by The Dead Daisies is a salivating event.

The Dead Daisies: ‘Burn It Down’ 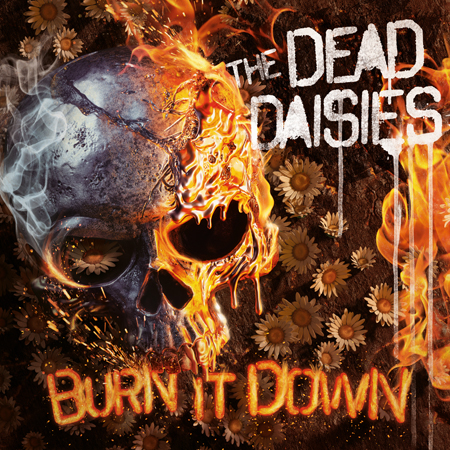 Their fourth studio offering, ‘Burn It Down’, is one of the most eagerly anticipated rock releases of the year, however the band are a slightly changed animal from the one that brought us 2016s all-killer ‘Make Some Noise’.

Gone is the well travelled Brian Tichy and in his place steps former Journey and Doug Aldrich’s Revolution Saints bandmate Deen Castronovo and that slick bit of recruitment has given the band a bigger pair of kahunas and enhances a new in-your-face grittier sound. 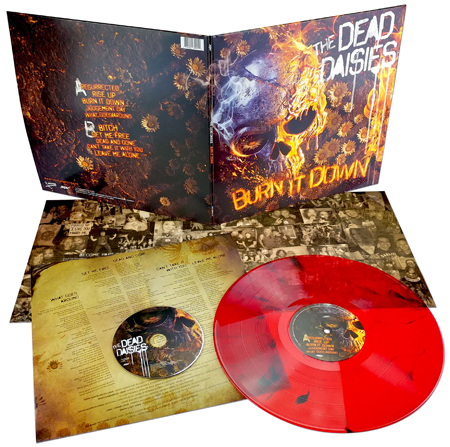 Not that the Daisies have strayed too far off the beaten track creatively, but after you’ve been knuckledusted by the brutish opener ‘Resurrected’, you’ll immediately get the vibe that the band are wearing a completely new attitude and loving it. Second track, ‘Rise Up’, oozes pure cocky swagger and a big dirty Sabbath-esque riff that will pulverise you on the first listen.

While the last album’s title track stuck very much to the fist pumping anthemic formula, this record’s front of house gem couldn’t be any more different. Opening with soothing seductive blues tones, it soon erupts with a mountainous chorus that keeps you coming back for more.

You can pre-order your copy right here.

‘Judgement Day’ follows much the same path and once again highlights that the band’s songwriting prowess is firmly in the ascendancy while the ever so naughty ‘Bitch’ is just an out and out blast. John Corabi’s vocals are at their mischievous best on a tune reminiscent of classic Aerosmith.

In fact the whole band are on fire on this one. Doug Aldrich and David Lowy make an unmerciful racket while pumping out some riotus riffing and the Rolls Royce rhythm section of Marco Mendoza and new boy Castronovo emphatically bind it all together. 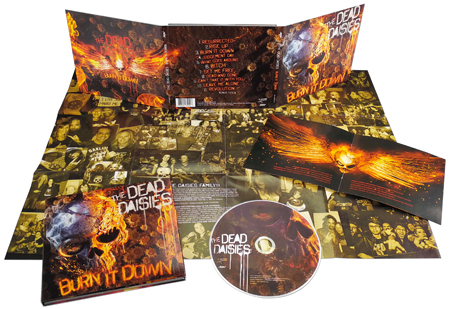 If there’s any justice left in the fickle world of rock’n’roll, the titanic ‘Set Me Free’ should go down in history as one of the great rock ballads. Fusing together slabs of southern, blues and a generous garnish of gospel, the song’s beauty lies in it’s compelling simplicity.

For the final three tunes, they seriously plug it in and let it rip. ‘Dead And Gone’ stomps and struts along like a modern day ‘Back In Black’ and ‘Can’t Take It With You’ flexes it’s muscles with a searing Aldrich solo, proving yet again why the North Carolina man is one of the finest guitarists on the planet. 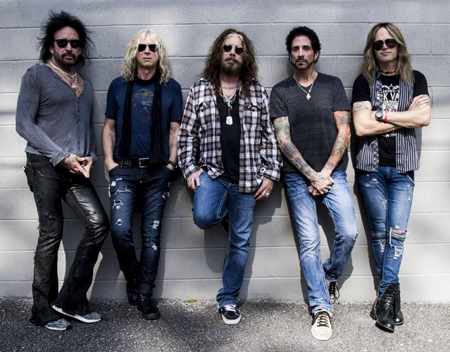 The jewel in the album lies with the full throttle closer ‘Leave Me Alone’. Nothing beats the feeling of hearing a song for the first time and your jaw scraping your knees in awe. This is a no-frills brainshaker ram packed with middle finger attitude and Corabi steals the show with his well vaped pipes putting in a serious shift.

A lot people believe the album format has lost it’s identity in the current climate of downloading and streaming but thankfully we still have the romantics who are still madly in love with the long player who revel in the buzz of handing their hard earned cash over the counter and rushing home for that first glorious spin and believe me, this album will keep that love flowing.

If it’s your intention to educate your kids on the overwhelming joys of good honest classic rock, for a change bypass the usual suspects and present them with ‘Burn It Down’ by The Dead Daisies. A masterclass in rock album creation.

You can pre-order your copy right here.

Tracklisting:
Resurrected
Rise Up
Burn It Down
Judgement Day
What Goes Around
Bitch
Set Me Free
Dead And Gone
Can’t Take It With You
Leave Me Alone

The ‘Burn It Down’ world tour kicks off two days after the album is released. In the UK The Dead Daisies will be joined by The Treatment and The Amorettes as special guests in Nottingham, London and Bristol. The remaining UK shows are The Amorettes only and meanwhile, on the European leg of the tour, the special guests will be German rockers The New Roses. The dates are: