Tonight the fans gathered at the Brixton Academy are set for a truly international night of Metal mayhem.

Swedish band Amaranthe do a very nice job of opening things up. The band boasts three vocalists and sound like Linkin Park meets Nightwish with a dash of Eurovision thrown in. 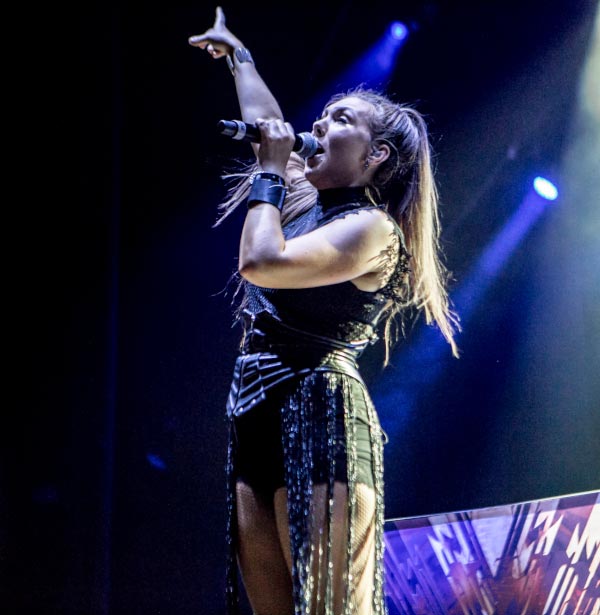 Frontlady Elize Ryd sings a sweet clean vocal while fellow singers Henrik Englund Wilhelmsson and Nils Molin blend in their Metalcore screaming. On songs like ‘Digital World’ or final number, ‘Drop Dead Cynical’, the results are impressive and they exit to big cheers.

After their recent appearance at Glastonbury festival it is clear that the Babymetal phenomenon is still going strong with its power Metal and Kawai J-pop sugary hooks hybrid.

Tonight expectations are high as the girls make their entrance, marching on stage backed by their their crack group of session players, the Kami band. 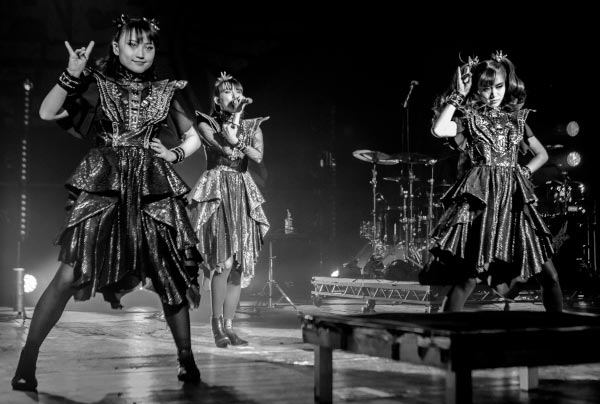 Even though the shock value has worn off after several years, the reaction that Babymetal elicit from the devoted crowd is still incredible. With people jumping in time and waving their arms to the beat it looks more like a dance music rave crowd than a Metal gig, but when the Death Metal breakdown of ‘Megitsune’ starts up the mosh pit comes to life too.

Tonight Babymetal also play several new songs from their forthcoming ‘Metal Galaxy’ album. Their dancing is spot on but their live sound mix is a mes tonight. With so much going on its often difficult to focus on anything in the mix and the result is a soup of Metal riffs and EDM beats. However a double whammy of ‘Gimme Chocolate’ followed by the pure Dragonforce style shredding of ‘Karate’ manages to hit the right spot and get the pit moving. 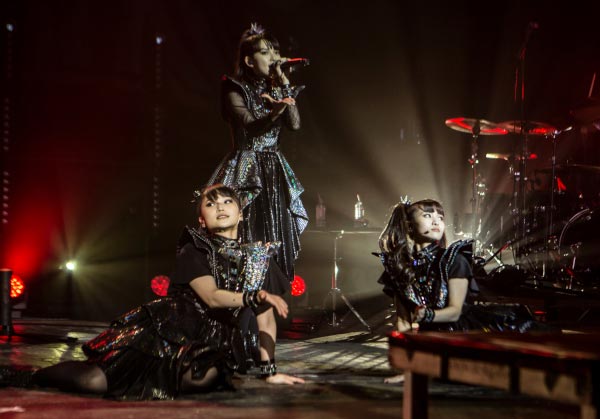 The lone piano power ballad, ‘The One’, gives us a much needed breather before the epic call to arms ‘Road Of Resistance’ finishes their set.

With a flash, a plug for their new album and no encore Babymetal are gone after just over an hour. It will be very interesting to see where Babymetal’s road leads from here on.

Sari Schorr / Inviting us to join 'The New Revolution'