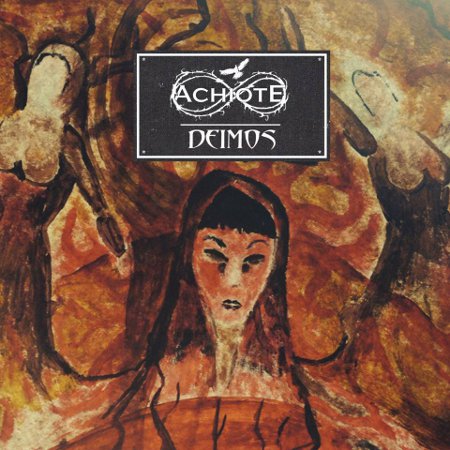 Finland again for Achiote. They will most likely be new to you as their debut came out in August this year and musically they take their influences from quite a range of styles, as so many do in those there parts, particularly the melodic heavy end, and spice it up with some grunginess.

The sound that hits you initially is more akin to the overdriven grunge sound that we learned to lo… err… hate when Nirvana and co were taking over the airwaves and record companies only seemed interested in copycat bands.

But the good news is that sound is not the modus operandi for this band and whilst it is there, it is not all consuming. Everything is ok in moderation as they say (naturally moderation doesn’t apply to JD).

The grunge effect is very evident on ‘Confessions’ but I don’t want to lead you astray into thinking it takes over everything. The track itself is dark, the melody takes on its own gloom, but it all comes after a very atmospheric intro dropping into guitar and vocals.

‘Against The Time’ immediately sets itself up as the contrast from the first track. More upbeat, punchy rock riffs abounding, vocals purifying, thunderous drums standing up and being counted as the backbone along with the bass.

The drumming on this is definitely a standout without being too showy. The last minute or so is glorious, quickening guitar, very relevant keys thrown in as it bursts into a gallop to its conclusion.

‘Rhyme Of The Hatter’ is very different and particularly impressive. This may surprise you given what has come in the first two tracks, but there is a definite Jethro Tull sound about this one – it isn’t mimicry of Tull, it is original, but that is the flavour you taste with this one and let’s be honest, when it comes to flavour a bit of JT is akin to triple chocolate fudge with caramel sauce. The melody and particularly the chorus are both very catchy affairs, upbeat and satisfying. A fine song indeed. 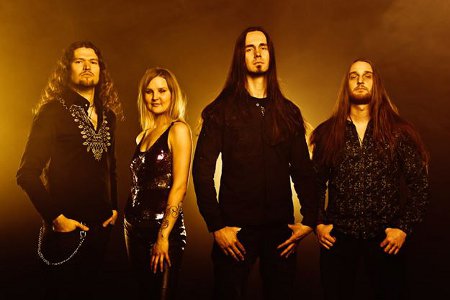 ‘Paint Away’ immediately sets a darker tone, a much darker tone, before the first line of “One for sorrow” hits. It is dark, but in an intriguing way it has its upbeat hopeful side, especially the lead into the chorus. Emotional contrast, musical intrigue, it uses both very well and the keys foraging their way in slowly but surely is the perfect foil for the soulful guitar solo just before it drops back down, never to rediscover the upbeat side.

‘Letter’ is different again, very different. Sombre beginnings, but key driven, flute overtones, before the meat arrives, but it very soon goes back down again, traces of some early Floyd sound. When it heavies up it is very moderate, fitting well with the quieter side and its regretful mood. The guitar solo that comes flying in towards the end is not what you would expect but works well and there is even time for some semi growling.

‘Rush Of Instincts’ goes back to the beef after the last two pieces of intrigue and it powers in, aiming for that soft piece of bone just between your eyes. It grinds its way, solo with similar six string tone to the previous track even though the tempo is on another level (and both work), until it ends up just voice for the last few bars. A straightforward, rocky ditty, perfectly placed on the album.

‘Children Of The Fall’ gives a whole new meaning to the word dark. Quiet, modest beginnings, injected with large doses of gloom and doom. Conveying that feeling is often served better by the understated and that is what they have done here to great effect. As it gathers pace, the gloom lifts (rather unlike an English summer) and what you get is some rockin and a rolling with the best of them, enticing riffs, melodic vocal tuneage. Yes, somewhat of a turnaround from the first bars but it’s a winner. 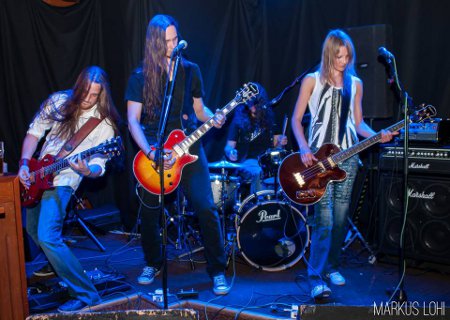 More laid back patterns with ‘Unlocked’ start it off, pensive chords, soul searching vocals. Vocals stay in the mood as the plot thickens with the rest of the band join the party, including some keys hurling Hammond patterns a la Jon Lord. One thing with these guys is you never know quite what is coming next musically and to me at least that is nothing but a good thing, and as if to prove the point we get some funky guitar, bass pattern overload and more swirling ivories. It is the keys especially that stand out, especially if like me, you are a sucker for the old Hammond-esque sound.

‘Deimos’ is last and longest, coming at just under eight minutes and carries on the rocky theme, driving guitar behind the vocals, straight up the middle rock with catchiness coming out of every orifice. Guitar takes over with more synth behind it, both together giving depth of feeling and that is before the bass sticks its nose in.

We are almost headed into jazz fusion territory but it stays this side and is again a very interesting passage – elements of Heep from the keys, cool fills from the bass the icing on the cake.

A good album, definitely, and you just know there is a lot more to come from Achiote. They aren’t afraid to mix it up and that is very commendable but the most commendable part is it works very well. I have to admit after hearing the first track my ears were preparing to tune themselves to a grunge overload but that never happened – sure it is there but used sparingly it is a dynamic tool and that’s what they have done.

More proof if any were needed that the Scandinavians are producing more and more dynamite bands, by the week it seems.