The coolest member of Kiss (past or present) recently released the companion album to 2016’s ‘Origins’ and if you enjoyed ‘Origins’, then you will love ‘Origins 2’.

The format is exactly the same – the Spaceman chose tracks he grew up with and gives them a liberal sprinkling of Space Dust.

Ace told us: “I just thought about the songs that I used to play in clubs when I was doing other people’s material.

“I went through my album collection and thought about the songs that influenced me the most.

It’s a pretty well-rounded record and I think the fans will enjoy it.” 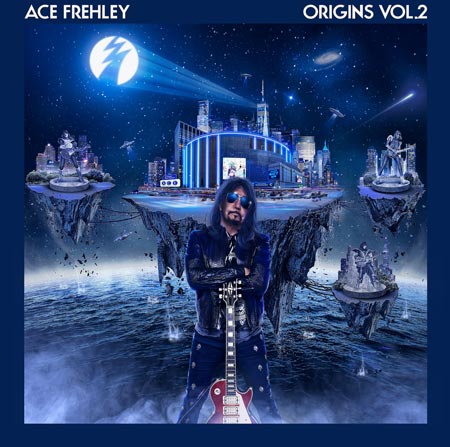 And the results are, for the most part, wonderful.

Do we really need another version of Zep’s ‘Good Times, Bad Times’? Or The Stones’ ‘Jumpin’ Jack Flash’? The answer is no!! BUT given the Ace Frehley treatment, they really work.

I think even Ace himself would admit that he is not the best singer in the world, yet his vocal style fits perfectly with the Zep classic.

For ‘Jumpin’ Jack Flash’ Ace drafted in his good friend Lita Ford to provide vocals and the result of that is truly special.

Deep Purple’s ‘Space Truckin” is another track the probably doesn’t need another cover BUT yet again, Ace pulls it out the bag. From the “Space Ace truckin’” lyric in the chorus, to some fine Hammond organ work, this is a proper toe tapper of a cover.

Rob Zombie guitarist John 5 pops up on The Beatles ‘I’m Down’ and this is a proper rocking treat.

Trust Ace to choose an obscure b-side from the Fab Four to cover (I’m Down was the b-side to Help and is the heaviest song they ever recorded!) and he really lets rip on this.

Cheap Trick’s Robin Zander lends his pipes to Humble Pie’s ’30 Days In The Hole’ with Ace once again bringing the swagger.

Another highlight is the bonus cover of Kiss’ ‘She’ which harks back to the band’s earliest days.

Origins 2 could very easily have been a Pub Rock workout of covers, but it certainly isn’t.

Remember when the original members of Kiss released solo albums on the same day back in the 70’s, that it was Ace’s album which was head and shoulders above the others.

Ace told MetalTalk: “I just let it [recording] happen. Things evolve when I start doing these records and I try not to plan too much ahead. I like spontaneity.

“I’m happy with the end result and I hope the fans like it as well.”

Ace Frehley has an instantly recognisable guitar style and it is a glorious noise.

If you’re looking for an album to cheer you up from these Covid blues, look no further than ‘Origins 2’. 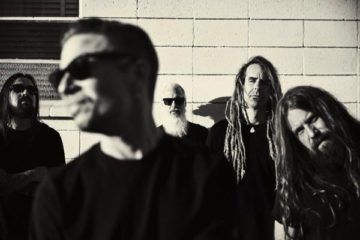