ABOLISHMENT OF FLESH REVEAL THE INHUMAN CONDITION WITH THEIR CRUSHING DEBUT

Texan extreme Death Metal machine Abolishment Of Flesh have been working steadily towards this debut full length for the best part of a decade, weathering multiple line-up changes, dropping an EP back in 2012 and now finally delivering ‘The Inhuman Condition’, and what a brutal face ripper it is.

The time and perseverance taken shows in abundance, to the extent that it doesn’t feel like a first album but more like the work of well seasoned musicians which when you consider the time scale here, they are, and now stripped down to a compact duo of Ramon Cazares guitar and vocals, as well as drums and bass on studio recordings and Izaak Chavezon guitar (supported by extra musicians for live performances).

​Sound wise it starts off as a pummelling assault on the senses with the technically crushing ‘Inhuman Anatomy’ where they reward you with some great closing lead work. ‘Reborn Abomination’ follows in the same footsteps, as does ‘Servitude Of Endless Suffering’ which tails off reflectively before launching a final assault.

The pattern shifts a little with one of my favourite tracks, ‘Slaves Of Animosity’, a punchy and brutal, yet subtly melodic piece with soaring leads from mid point and some of the best drum work of the album, a rapid fire militaristic delivery and a track which demonstrates a different aspect of the band.

‘Morbid Imagery’ has more of an old school flavour but launches a tirade of technical breakdowns towards the close.

The vocals are, for such a harsh and brutal growl, surprisingly decipherable and whilst having a decidedly Suffocation vibe going on there are also hints of Morbid Angel and even a touch of Bolt Thrower buried in there. Within the tracks there are some interesting combinations melding together with even the tiniest hint of black and thrash but it’s that brutal technicality that dominates on the whole.

‘Lack Of Emotion’ is also an interesting beast, imposingly technical but still having an addictive melodic undercurrent that repeatedly surfaces. The album monster, the penultimate ‘The Suffering’, which weighs in at a chunky seven-and-a-bit minutes, the other favourite with me and possibly the best track of the album, also shakes free from the tight technical mould a little, slightly slower, a little more melodic but still heavy as hell with a mix of superbly tight riffing and a crushing rolling groove making it addictively memorable, particularly the tortuously protracted delivery of the line “The Suffering!”, which is drawn out so powerfully and dramatically, and because of its
monstrous length has space to ebb and flow with great effect, becoming very dark and sinister in its slower phases. 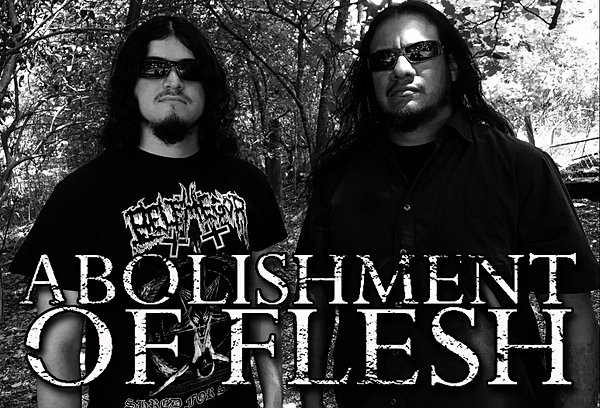 Weeping For The Decayed

‘The Inhuman Condition’ should appeal to fans of bands like Cattle Decapitation and Suffocation or anything with a brutal technical edge. It’s out now and available from unholyanarchy.aisamerch.com.

The new line-up of Judas Priest with Richie Faulkner on guitar performed for the first time on Wednesday's (25 May 2011) American Idol finale.They...