Iron Maiden’s Book Of Souls World Tour is now in it’s final month and there are just thirteen dates remaining of this mammoth global expedition that has re-written Heavy Metal touring history. 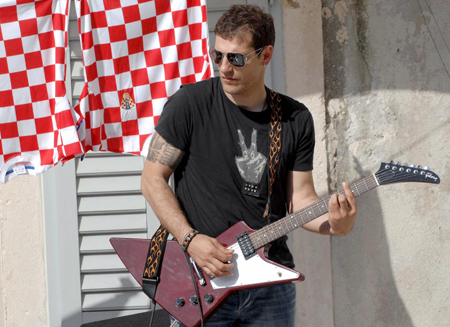 West Ham Boss has Another Life which could Split opinion…

No other band on the planet could have even considered doing what Maiden have done this year, playing in six of the world’s seven continents (they’ll probably do Antarctica next time round) over a four month period using their own gigantic 747 as the tour bus which was actually piloted by the band’s singer just a few short months after he defeated cancer.

You know all this anyway but it’s well worth repeating because it’s Metal history and it will probably never be superceded by any band, ever.

Maiden play the Spaladium Arena in Split, Croatia on 27th July and it will be the second time they have played in Split, the first being in 2008 at Poljud Stadium. Split is the home town of West Ham United manager Slaven Bilić and Maiden want the former Hajduk Split defender to join them on stage.

Maiden’s affiliation with West Ham United has been well documented over the years and Steve Harris almost became a West Ham player in the late 70s but chose to go down the music route instead. Steve is a big Slaven Bilić fan and the former manager of the Croatian national side also happens to be a musician and Iron Maiden fan himself. In 2008 Bilić was at the Split concert as a fan.

Steve told Croatian daily newspaper Slobodna Dalmacija: “I have known Bilić for a number of years now. The first time I met him was when he played for West Ham. My son George was the mascot when we met at the game and we have stayed in contact. We saw each other over Christmas and chatted. I know he is one of our big fans.

“Bilić is really a great guy and is doing a fantastic job at West Ham. With regards to being a guest at the concert, I am not sure if he will be in Split, but if he can make it we will see… he is a sought-after man and he has to do his job first.”

This is Iron Maiden and if they want something to happen, it almost certainly will. This is just a hunch but we’re wondering whether Slaven will reciprocate and we’ll see Maiden play at West Ham’s shiny new stadium next year?

AC/DC became the first band ever to play the Queen Elizabeth Olympic Stadium in Stratford, London last month and an Iron Maiden gig there would also be truly spectacular.

AC/DC Bassist Cliff Williams To Retire After Rock Or Bust World Tour: "It's Been Surreal" 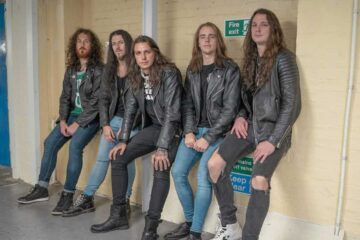