Original Free bass player Andy Fraser sadly passed away in March last year and one of the last recordings he ever made has now emerged and is available to listen to right here.

The song is by Saiichi Sugiyama and his band, who are touring the UK in September ahead of the 2017 release of their new album, the title of which is yet to be confirmed. Featured on the album will be a track entitled ‘Melting Away’ and during sessions for the album, Saiichi was delighted to persuade his long time hero Andy to perform on the track. Of course, it was not known at the time that it was to be one of Andy’s last recordings.

Here’s the video for the track right here:

Saiichi got the inspiration for ‘Melting Away’ whilst he was on a trip to Tokyo. Forming in his mind as he was half asleep, it felt to him like a requiem for Paul Kossoff and he created a demo when he returned home to the UK, the bass parts putting him in mind of Andy Fraser. Having played the song live a couple of times, Saiichi then dropped the song from his live set as it sounded too much like Free.

In 2014, Saiichi met Andy Fraser himself and they agreed to work together, with the possibility that Andy would produce the album. Saiichi told Andy that he had a song that he would really like him to play on but that it sounded a little bit like his old band.

Andy loved the track and said: “I will, but I will put a new spin on it.”

He asked for the multitrack file of the song and went back to California with it and in October 2014, he sent Saiichi the track with his bass part as well as a vocoder part and his screams. Saiichi loved what he had done. It was a pure classic Andy Fraser bass line but, as he had promised, updated.

Andy also put some effects on the tracks which inspired Saiichi to add string parts for the song. He was desperate to hear what Andy thought and was devastated to hear that he had passed away. Saiichi said: “When I heard the news on 16th March 2015, I couldn’t believe my ears. ‘Melting Away’ became one of Andy’s last recordings. He still had so much to offer and I was really looking forward to continuing to work with him.”

‘Melting Away’ is proves that Andy Fraser’s legacy is enduring. The track is fully endorsed by the Andy Fraser Estate.

Click here for Mark Taylor’s interview with Andy Fraser from 2012, where he talks about writing ‘All Right Now’, battling his illness and his positive outlook on life… 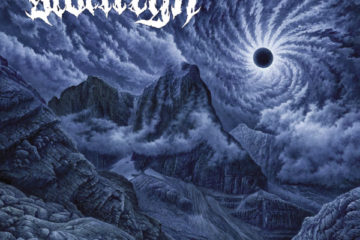