Former Electric Light Orchestra (ELO) and Black Sabbath drummer Bev Bevan has announced that he’s stopped touring as The Move, the name of his pre-ELO band, and has taken up with a new outfit called Bev Bevan’s Zing Band.

A post on Bev’s official Facebook page states: “The forthcoming gigs with The Move will now not be taking place, however, I’m very pleased to announce that [for] those gigs I will now be doing [performing] with Bev Bevan’s Zing Band. If you have tickets you will be contacted by the Theatres and will [still] be able to use your The Move tickets.”

Although no further details of the band have been released, Bev assured those concerned that further details will be announced in due course, however according to a letter sent to ticket holders for the gig at Prince Of Wales Theatre in Cannock in September, Trevor Burton has apparently left the band and has been replaced by Rockin’ Berries frontman Geoff Turton as guest vocalist in the meantime. The band is completed by Bev on drums alongside Phil Tree (bass guitar), Tony Kelsey (guitar) and keyboardist Abby Brant.

Beverley “Bev” Bevan was born in November 1944 into the Sparkhill area of Birmingham. After leaving school he worked as a trainee buyer in a city centre department store called The Beehive with school friend Jasper Carrott who came to prominence as a comedian in the Seventies and Eighties. Bev’s music career started with a stint in Denny Laine And The Diplomats before he jonied Carl Wayne & The Vikings. He joined The Move in 1965 with the original line-up being completed by Wayne on vocals, guitarists Trevor Burton and Roy Wood with Chris “Ace” Kefford filling the bass guitar role.

The Move played their debut show at the Belfry, Wishaw in January 1966 and soon attracted the attention of Moody Blues manager Tony Secunda who offered to manage them. Secunda then secured them a weekly residency at London’s Marquee Club, however their early career was marked by a series of publicity stunts, high-profile media events and outrageous stage antics, all of which were masterminded by Secunda. Their first single, ‘Night Of Fear’ was a No.2 hit in the UK and was swiftly followed up by ‘I Can Hear The Grass Grow’ which reached No.5.

‘Flowers In The Rain’ was the band’s third single and was also the first chart single played on BBC Radio 1 when the station began broadcasting in September 1967. Promotion for the single led to an infamous court case after Secunda produced a cartoon postcard, without the permission of the band, showing the then Prime Minister, Harold Wilson, in bed with his secretary, Marcia Williams. Wilson sued them for libel with the band losing the case and having to pay all costs and royalties earned from the song, which were then awarded to charities of Wilson’s choice.

After various line-up changes Jeff Lynne joined The Move making it a four piece before they split up in 1970 with Wood, Lynne and Bevan joining up to form The Electric Light Orchestra (ELO). ELO went onto huge global success in the Seventies and Eighties with such hits as ‘Evil Woman’, ‘Don’t Bring Me Down’, ‘Sweet Talkin’ Woman’, ‘Hold On Tight’, ‘Livin’ Thing’, ‘Telephone Line’, ‘All Over The World’ and arguably their biggest hit, ‘Mr Blue Sky’.

ELO appeared at the Birmingham Heart Beat Charity Concert (a charity concert organised by Bev) in March 1986 with the band’s final show with him taking place in Stuttgart, Germany during July 1986 where ELO performed as the opening act to Rod Stewart. Shortly after this gig the band split up.

Whilst playing with ELO, Bev also served as the touring drummer for Black Sabbath from 1983–1984 on their ‘Born Again’ Tour after original Sabbath drummer Bill Ward was unable to play for personal reasons. A good friend of Sabbath mainman Tony Iommi, he also played percussion on the band’s ‘The Eternal Idol’ album in 1987.

Under an agreement with Lynne (who co-owned the ELO name with him), Bev toured as past of ELO Part II in 1989 which featured ex-ELO members Mik Kaminski and Kelly Groucutt. They toured extensively until 1999 when he retired from the line-up. Bev sold his share of the ELO name to Lynne in 2000 and formed Bev Bevan’s Move in 2004 with former ELO Part II colleagues Phil Bates and Neil Lockwood and they played a set comprising mostly The Move classics.

Bev currently presents a radio show on BBC Radio West Midlands on Sunday afternoons and reviews records for the Midlands’ Sunday Mercury. In 2011, he was honoured with a star of the Birmingham Walk Of Stars, located in the city’s Broad Street. He also narrated the audiobook version of Tony Iommi’s biography ‘Iron Man – My Journey Through Heaven And Hell’ in 2012. 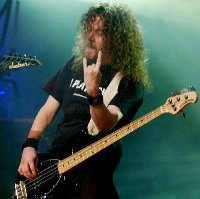