MOTÖRHEAD RELEASE SECOND VIDEO FROM ‘CLEAN YOUR CLOCK’: WATCH ‘WHEN THE SKY COMES LOOKING FOR YOU’ BELOW 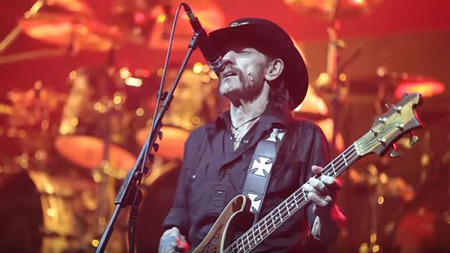 Motörhead have released the second official video from the forthcoming and much anticipated ‘Clean Your Clock’ live album that will be released on 27th May 2016.

‘When The Sky Comes Looking For You’ is a standout track from Motörhead’s much acclaimed final album ‘Bad Magic’ which was released in October 2015.

Motörhead recorded their two performances at Zenith, Munich on the ‘Bad Magic’ World Tour on 20th and 21st November 2015 and these recordings will appear as ‘Clean Your Clock’ in several different formats.

And here’s the official video from the studio version of the song, a short movie that is full of action and highly entertertaining.

There are several reasons why this live version of ‘When The Sky Comes Looking For You’ ‘ is really good. Phil conjuring up feedback in selected places is sonic and full on Hawkwind-esque while Mikkey is hitting those tubs as if his life depended on producing maximum damage possible.

This is Motörhead seriously enjoying playing seriously well to a highly appreciative audience.

Both of the shows in Zenith, Munich were sold out and they turned out to the very last live Motörhead shows ever recorded. The greatest rock n’ roll band ever played their very final gig in Berlin three weeks later.

Motörhead released the first official track from ‘Clean Your Clock’ earlier this week. ‘Bomber’ is an all time Motörhead classic and here’s the version from ‘Clean…’